New movies by Joseph Cedar, Avi Nesher to have their world premieres 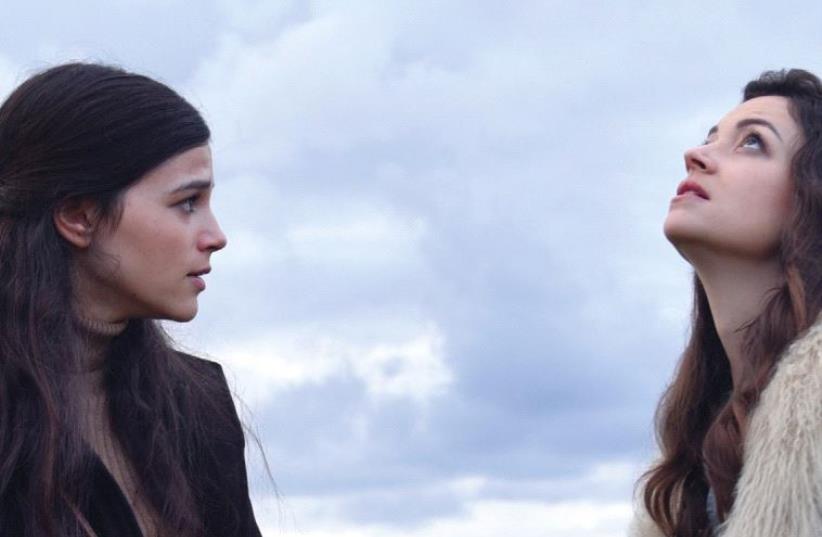 JOY RIEGER (left) and Nelly Tagar in Avi Nesher’s ‘Past Life.’
(photo credit: IRIS NESHER)
Advertisement
A partial list of the Israeli films that will be shown at this year’s Toronto International Film Festival, which will take place from September 8-18, has just been released, and the newest movies by veteran Israeli directors Avi Nesher and Joseph Cedar will have their world premieres there.Avi Nesher’s new film, Past Life, starring Nelly Tagar and Joy Rieger, was accepted to the prestigious CW Speakers program, which features five of the most prominent international films of the year. This is the second time one of Nesher’s films has been selected for this program.Past Life tells the story of two ambitious, competitive sisters. One, played by Tagar (Zero Motivation), is a journalist who exposes scandals for a risqué Tel Aviv magazine, while the other (Rieger) is a repressed, talented musician, trying to make her way in the male-dominated world of classical music. Set in 1977, a year of great political upheaval in Israel, they learn a family secret that changes both their lives. The movie was filmed in Israel, Poland and Germany.Avi Nesher said, “It is deeply moving to discover that a film like Past Life, which tries to understand Israeli reality through dealing with Israel’s past, has earned respect and recognition from such an important international festival. The screenplay for Past Life was inspired by a true story stranger than any fiction, and the collaboration with the musicians and the actors was one of the most fascinating and rewarding experiencing of my filmmaking career. For me, this is ‘our film,’ not just ‘my film.’” Joseph Cedar’s first English-language film, Norman: The Moderate Rise and Tragic Fall of a New York Fixer, starring Richard Gere, will be shown in the Gala section. The movie, which was filmed both in New York and in Jerusalem, stars Gere as Norman Oppenheimer, a conman who ingratiates himself with a rising Israeli politician (Lior Ashkenazi). The politician later becomes prime minister, and Norman’s fortunes change through their connection. The movie, which co-stars Steve Buscemi, Dan Stevens, Josh Charles, Michael Sheen and Charlotte Gainsbourg, will be released worldwide in 2017 by Sony Pictures Classics.Cedar’s previous two films, Footnote and Beaufort, were nominated for the Oscar for Best Foreign Language Film.Other Israeli films that will be shown at Toronto, one of the largest festivals in the world and known as a showcase for prestigious Hollywood films as well as independent cinema, include Emil Ben Shimon’s The Women’s Balcony. The film, which stars Orna Banai and Evelin Hagoel, is a comedy about a Jerusalem community that begins to follow a charismatic young rabbi, and will be screened in the Contemporary World Cinema section. It will be released in Israel at the end of September.Maya Zinshtein’s documentary, Forever Pure, about the soccer team Beitar Jerusalem, will be shown in Toronto, as will the short drama by Or Sinai, Anna, which won the Cinefondation Award at Cannes.Additional Israeli films may be added to the Toronto lineup in coming weeks.