Israeli selection for Eurovision contest in Sweden advances to finals

Hovi Star qualified for the finals with his namesake song "Made of Stars," to which he received a standing ovation from the audience. 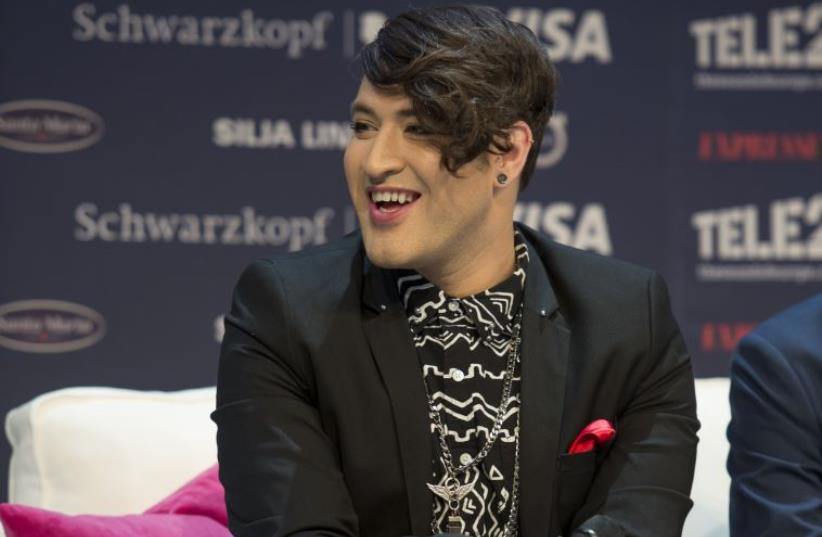 Hovi Star at a Meet & Greet during the Eurovision Song Contest 2016 in Stockholm.
(photo credit: ALBIN OLSSON)
Advertisement
The Israeli representative for this year's Eurovision song contest, Hovi Star, has advanced to the final round of the competition, taking place in Sweden. Hovi Star qualified for the finals with his namesake song "Made of Stars," to which he received a standing ovation from the audience after his performance. In addition to Israel, nine other countries made it through to the finals, including Latvia, Georgia, Bulgaria, Australia, Ukraine, Serbia, Poland, Lithuania and Belgium. These countries join several other countries who already advanced in the semi-finals held on Tuesday, including Azerbaijan, Russia, Holland, Hungary, Croatia, Austria, Armenia, Czech Republic, Cyprus and Malta. Britain, Spain, Germany, Italy and France are automatically qualified for participation in the finals, alongside the hosts of this year's contest, Sweden. The contest is set to be held in Stockholm, Sweden on May 14.Hovi Star is the stage name for Hovav Skuletz, 29, from Kiryat Ata in Haifa. Star participated in season 7 of the Israeli music contest Kokhav Nolad, finishing in 7th place. In April, Israeli reports alleged that Star was humiliated at the Moscow airport because he is a homosexual.

Star explained during an interview with Maltese TV that while traveling through Moscow with other performers as part of the Eurovision tour, he was mistreated at passport control because of his sexual orientation.