Pedro Grass discusses his spoken-word inspiration, God’s Gmail presence, and the process of creating an album out of poetry. 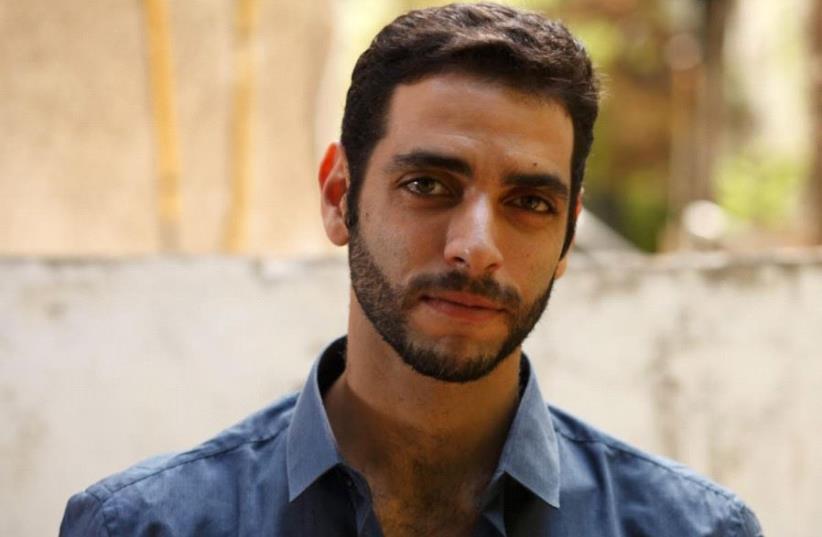 Pedro Grass
(photo credit: ADAM RABINOWITZ)
Advertisement
Pedro Grass is a YouTube sensation who put Israel’s spoken word scene on the map. Grass’s song Elohim b’Gmail has been viewed on YouTube over 45,000 times. After years spent writing, performing and YouTubing, it was finally time for Grass to release his debut album, Hetzi Sograim or Half Parentheses. The rhythmic poet performed at Jerusalem music venue Yellow Submarine on April 1 and at Bascula in Tel Aviv on April 5. He sat down with The Jerusalem Post to discuss his spoken-word inspiration, God’s Gmail presence, and the process of creating an album out of poetry.How did you get into spoken word?I grew up in Rehovot. I started getting into rap when I was 17. Then I saw a movie called Slam with Shawn Williams, who is a great spoken word poet. It was really inspirational for me. It showed me that you can do rap, but it can also be very poetic and deep. I really liked that. I started getting interested in that. It was a few more years until I got the courage to try it myself, but when I was 23, I started writing more poetry and performing it. In Israel, there was no such thing as spoken word. Nobody knew what it was. I also started to organize events with people I knew who appreciated the genre. I’m still doing it now.So you’ve seen the spoken word scene in Israel blossom?Yeah, I was very involved in organizing it. For the first few years, I was really involved with organizing many events. But then I put it aside and focused on my own music and poetry.I was perusing your YouTube channel and I wondered if you could talk about your song, Elohim b’Gmail?What can I say about it? It’s like a journey; it’s a story about a guy who is trying to get in touch through the ways of the modern age. So he tries to open a Gmail account. It’s also a metaphor for the process that humanity has gone through since the relationship with God began. The poem is a story that take place nowadays, but it’s also about our history with God; it started out very close with people talking to him every day and he was really present, but then he started fading off maybe because everybody started wanting him so he got tired of it. Now you try to chat with him on Gmail and it says that God is unavailable and to leave a message because He is busy. It’s very much my feelings about God.Were you surprised at the response that you received on YouTube?Yeah it’s amazing. It’s a single that’s been on Galgalatz radio as well. It’s nice to have such a response. It was unexpected and it was fun.What are you working on now?I’ve been working on my album, which is ready now. It’s called Hetzi Sograim or Half Parentheses. I’m also putting out a new single, Teshuva (Answer), with a video on YouTube. You need to listen to it to really understand what it’s about because the song reveals itself. But it’s about messages that I leave for my ex-girlfriend on her answering machine. The poem is about all of these messages. Slowly the story is revealed.What was the process of creating your debut album like for you?It was really long and most of the songs were poems which I performed acapella. But in the album, I tried to make them with musical instruments and melodies sometimes. I wanted to enhance the rhythm and music that’s already there. I tried a lot of things. I met many musicians and did jam sessions. It was a really long process, like three years of work. I wrote the oldest poem on the album about 10 years ago. I’ve been cooking it for a long time.Do you still relate to that poem from 10 years ago?I’ve performed it many times, but only two years ago I started to add musical instruments to it and stuff. I needed to make it more interesting for me because I know it so well. It became more fun.What’s the difference between a spoken word artist and a hip hop artist in your opinion?I think to be a hip hop artist, you really need to understand rhythm. You need to be really connected to rhythm because it’s the art of taking a fixed rhythm and making it sound fresh every time. But you’re bound to the rhythm. Spoken word is not bound to the rhythm, so you need even more sensitivity to it; you need to feel the rhythm in the words themselves because you may not have a beat in your ear. You need to play with the beat inside your poem and inside you. Sometimes it’s an easy task when you’re not bound to the beat because it’s less specific and gives you more freedom. Spoken word is much more fluid.How did you get the name Pedro Grass?It’s a nickname from the army, so I chose it as my pen name or stage name. It wasn’t even my nickname actually, I stole it from another guy. I chose it when I was in my first writing course. I wanted a new name to use when I wrote and I thought it sounded cool. The grass is just regular grass by the way, not the other kind that many people think of.Does the moniker become a character all its own?I think it’s easier for some people to have a character to go with and I’ve felt that way at times. I don’t know if it’s always easier, but it’s a good name and I’ll stick with it for awhile. For more information on Pedro Grass or to buy tickets to his upcoming shows, visit: https://www.facebook.com/pedropoetry/