The "Cinderella story" of 14-year-old Sofia Mechetner has been widely embraced, but it has also raised questions of sexual objectification of a teen. 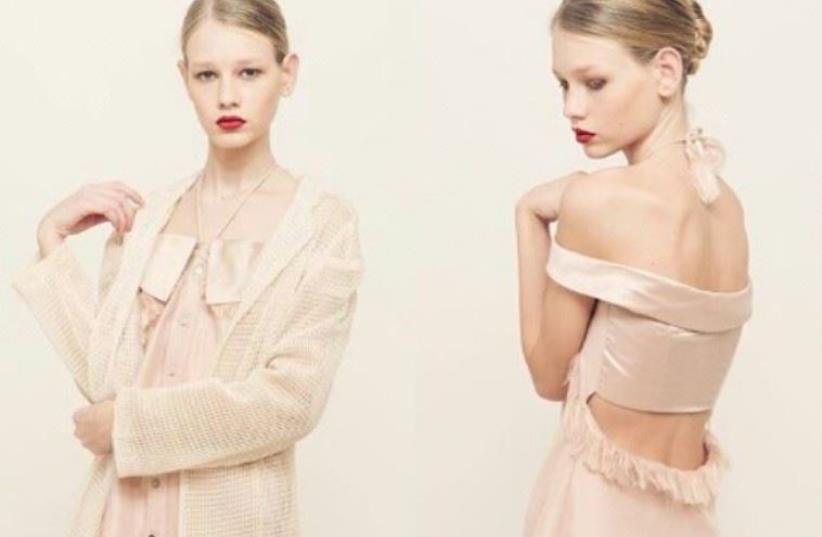 Sofia Mechetner modelling
(photo credit: GILAD BAR SHALEV)
Advertisement
Sofia Mechetner was an unknown name until a week ago. Now, the "Cinderella story" of the 14-year-old underprivileged Holon resident-turned Dior model has been touted all over the Israeli media and even in some international media outlets."I enjoy the attention, it's something I'm not used to," Mechetner told The Jerusalem Post. "Most people say good things and really love my story. So it's nice to know people are excited about it.”Mechetner's "rags to riches" story easily captured the hearts of the Israeli media and public. She spent the beginning of her teenage years taking care of her younger brother and sister and helping her single mother in odd cleaning jobs, before returning to their small home and sleeping on a broken bed. Repeated queries as to whether Mechetner had considered modelling (or basketball), triggered her mother to take  the tall, svelte blonde to the Roberto modeling agency in Tel Aviv, which signed her immediately.  "Prior to this, I didn't even think I was beautiful," Mechetner reflects.A subsequent trip to Paris with Roberto CEO Rotem Gur, followed by a mix of luck, talent-spotting and classic Israeli chutzpa on the part of latter, landed the inexperienced Israeli teen the title of "the new face of Dior." Sofia Mechetner and Roberto CEO Rotem GurSoon Mechetner was strutting her stuff on the catwalk --for the first time-- as the first model to open the Dior Haute Couture Fall Winter 2015/2016 Show at Paris Fashion Week, which she describes as a very exciting moment.She remarks that she was the only Israeli model there and the Jewish CEO of Christian Dior, Sidney Toledano, has a great love for Israel and was very kind to Mechetner and Gur.  Evidently, a high-fashion gig of this type doesn't come for free - Mechetner raked in $265,000 for her first contract with Dior, which she immediately shared with her cash-strapped family. "I just put it on the table and they can use it," she says of her first paycheck. She adds that she plans to buy an apartment for her family in due course.Photo by Reem Sharvit
Not everyone, however, is prepared to view Mechetners story through the rose-tinted spectacles through which it is has largely been portrayed. Israeli news outlet Walla! drew attention to the transparent white dress donned by Sofia at the Dior show, commenting that it is inappropriate for a girl of her age to be baring her chest and underwear. A Facebook page entitled "Sofia Mechetner fashion industry's focus on pedophilia" was set up on Wednesday night, though it is yet to garner any "likes."  Mechetner herself shared the a statement from the page which reads "There is no way a 14-year-old should be permitted to do haute couture, which targets adults," simply commenting "Don't worry about it!" Mechetner brushes off these allegations. "Only Israel can make such a big deal out of it," Sofia told  the Post. "Fashion nudity is about art and not about sexuality."