Having grown up playing golf with his famous father, Sean Connery, the British actor/director talks to the ‘Post’ about the drive behind his latest biopic. 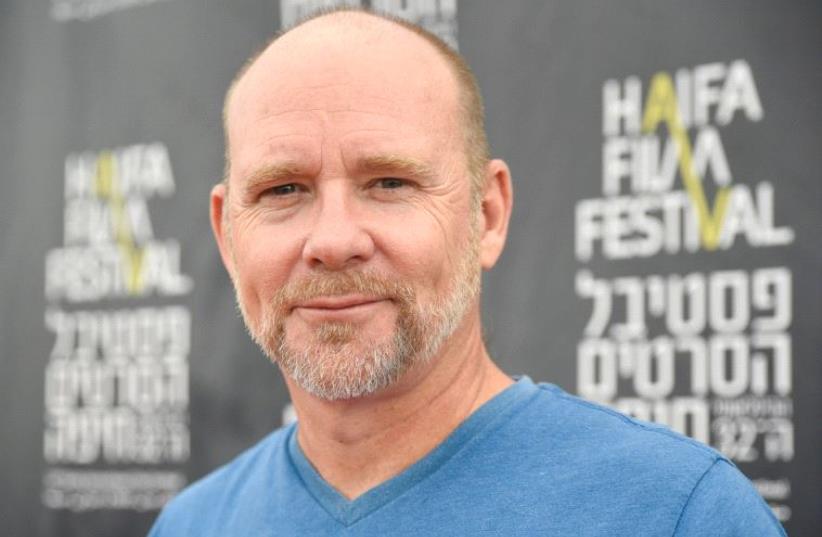 BRITISH DIRECTOR Jason Connery poses at the 32nd Haifa International Film Festival.
(photo credit: GALIT ROSEN)
Advertisement
Tommy’s Honor, a movie about golf in 19th-century Scotland, might not sound like your cup of tea, but in the hands of director Jason Connery, it’s a lot of fun.Connery, who is a guest of the 32nd Haifa International Film Festival, which runs through October 24, says, “Golf is just the backdrop.The movie is really a snapshot in time, through golf. It’s about the development of the sport, but it’s also about a son rebelling against his father, and the class struggle, and a moment in history when all kinds of things began to change.”Connery, a British actor who has moved more seriously into directing in the past few years – and yes, his father is Sean Connery – said, “I hope people watching it who have no background in golf will enjoy it... It has a great period feel, but it’s a very contemporary story.”The movie, which is nominated for two Scottish BAFTA awards (for Best Film and Best Actor), tells the story of the pioneering golf champions Old Tom Morris (Peter Mullan, known for such films as Trainspotting and My Name is Joe) and his son, Young Tom (Jack Lowden, who will star in the upcoming blockbuster Dunkirk, directed by Christopher Nolan).In the 1860s, Old Tom was the greenskeeper of The Royal and Ancient Club of St Andrews, making the golf clubs used there, and he designed 70 golf courses. In those days, the caddies used to compete with each other, with the noblemen who were club members betting on the outcome and giving the caddies only a tiny percentage of their winnings. Old Tom is fading as a player when his teenage son becomes a champion, a real phenomenon whose skill revolutionized and elevated the game, like a young Tiger Woods but even more exceptional. The movie revolves around what happens when Young Tom – who is still the only player in the history of the sport to win the Open Championship three times in a row – begins to question the established order, and to claim a fair share of the money he wins and the recognition he deserves.“I went to school in Scotland, and I have a cottage there, that is about two hours from St. Andrews,” said Connery. He is also a golfer – “I spent time on the golf course with my dad” – but said that it was the emotional and social underpinnings of the Morris legend that drew him to the story, rather than the game itself.He spent time with Mullan and Lowden to prepare for the film.“We started talking about our relationships with our fathers, and Peter and I also talked about our relationships with our sons,” and examined the complexity in their own lives as a starting point for the story. Mullan has a son with autism, while Connery’s son, Dashiell, whom he had with his former wife, actress Mia Sara, “thinks he has all the answers,” but is trying to figure out what he wants to do with his life.This bonding was important for Connery, who wanted to bring out the emotional shades in the story.“The movie was never going to be black and white... Young Tom has tremendous love and respect for his father, even as he defies him, and the father respects and loves his son... I also wanted to stay [away] from the wonderful, spirited working-class guys versus the evil wealthy titled guys,” one of whom is played by Sam Neill.Connery worked hard to insure that the period details were accurate – “You know how they cut the grass in those days? Sheep!” – and also made sure that the Morris women got their due in the story. Young Tom falls in love with Meg (Ophelia Lovibond), a waitress 10 years his senior who had been “named and shamed,” meaning she had been publicly chastised in church for having had a baby out of wedlock (that died soon afterwards). Tom’s religious mother is scandalized both by Meg’s age and her history, and the two women’s initial hostility and gradual acceptance of each other parallels the struggle between the father and son.“In those days, people didn’t talk about their feelings,” said Connery.“When Meg and Tom’s mother confront each other, it’s the first time that Meg has expressed that agony and sorrow she felt over losing her baby... It’s an important moment for both of them.”Connery, who first came to Israel in the Eighties when he acted in Puss in Boots for Menahem Golan, is now at work on the screenplay for a romantic comedy called Tortellini, about a politician whose family is falling apart and who spends time at her mother’s cooking school in Italy.Connery said he sees himself working more as a director than an actor in the future, although he wouldn’t rule out acting, “If the right part comes along.” He has acted in the past at Karnak Playhouse, a theater founded by his late mother, actress Diane Cilento, in the rainforest in Daintree National Park in Far North Queensland, Australia, and might perform there again.Right now, he is traveling with Tommy’s Honor, as it plays at festivals and theaters around the world, and enjoying himself: “Working on this movie was something special.”