A review of this year's finest. 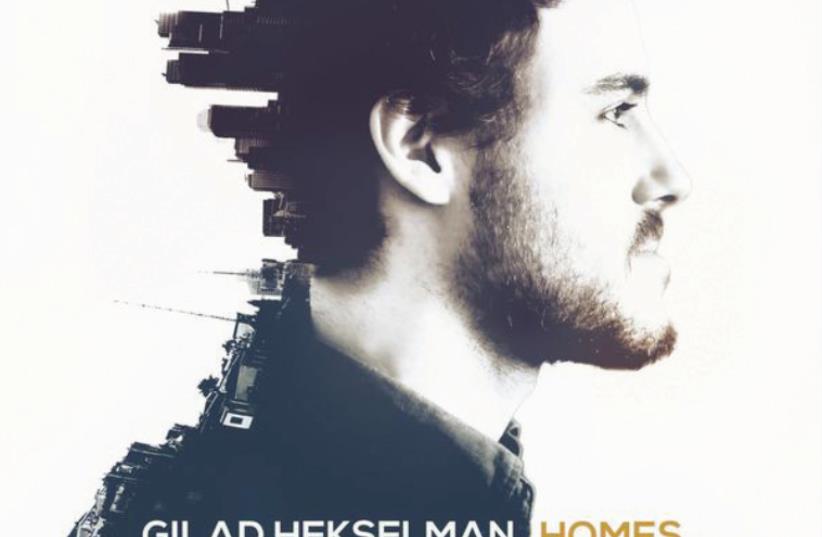 Gilad Hekselman
(photo credit: Courtesy)
Advertisement
Gilad Hekselman has come of age. While that may sound a mite condescending, or even presumptuous – depending on whether you still consider the Israeli guitarist a youngster or a seasoned professional at the age of 32 – his latest release, Homes, exudes a sense of maturity, on both a personal and musical level.Hekselman is no newcomer to the scene. He has been a resident of New York for over a decade and, besides mixing it up with the best of them on stage and in the recording studio, and performing at festivals and venues across the world, he has not stinted on his own output either. Homes is his fifth album in a matter of just nine years. That’s pretty good going by any standard. The heartening thing is that Hekselman is not just into maintaining a high market profile.Judging by his performance on Homes, he also actually has something of value to say.His brothers in creative arms on the record are bassist Joe Martin, with Marcus Gilmore featuring on all but one of the tracks (“Last Train Home”) on drums. Seasoned fellow instrumentalist Jeff Ballard is behind the set on that one, with both drummers in action on “Cosmic Patience” and “Keedee.”Hekselman clearly does not tend toward the “falafel jazz” approach. There is a tendency among some – albeit highly talented – Israeli jazz artists to settle firmly into a pretty groove mode without offering too much in the way of creative endeavor. While there is some gorgeous ornamentation and some mellifluous lines on Homes – such as the delectable “Home E-Minor” solo acoustic guitar vignette – the album is shot through with intriguing departures.There is judicious utilization of sound manipulation, with Hekselman embracing a wide swath of textures of colors, even dipping into the odd splash of distortion, while his sidemen keep the ship steadily on course. “Cosmic Patience,” the longest cut on the album, has an ethereal side to it which fuses naturally with the tender substratum.Eight of the dozen tracks are originals, with the others including Bud Powell’s mid-1950s bebop gem “Parisian Thoroughfare,” and “Samba Em Preludio” by Brazilian guitarist Baden Powell. The latter, along with many other Latin numbers, was Hebraized in the 1980s, recorded by Matti Caspi and renamed “Samba for Two.” Hekselman’s street level-earned maturity shines through here again, and if he does reel off the odd slice of headline-grabbing finesse it is devoid of gratuitous showmanship.Increasingly over the past decade or so, Israeli jazz musicians have tended to dip into the Israeli Songbook for inspiration.Homes features just one locally manufactured number – Caspi’s “Dove Song.” Typically, Hekselman takes a relaxed approach to the theme, conveying the melody and the spirit of the song in an impressively understated but nonetheless convincing manner.ENRICO PIERANUNZITales from the Unexpected – Live at Theater Gutersloh Jazz ThingWhen it comes to lyricism Enrico Pieranunzi has most of them licked. The 66-year-old Italian pianist has been reeling off finger-licking good material for close to four decades and, judging by Tales from the Unexpected, there is plenty more where that lot came from.All 10 numbers on the album, which was recorded live at Theater Gutersloh in north Germany in August, are classic examples of Pieranunzi’s trademark mix of silky technique and rippling mellifluousness. In bassist Jasper Somsen and André Ceccarelli the pianist clearly has two like-minded cohorts, as the sidemen deftly add tinting to the leader’s richly hued palette.There are more energized offerings betwixt the velvety stuff with Pieranunzi going out on a rhythmic limb here and there, for example, on “Improtale 2,” and also slotting some subtle bluesy passages into the developing plot.The title track is Pieranunzi personified and conjures up memories of his 1999 release, Don’t Forget the Poet, as the leader’s tripping ivory-tickling initially gently charts an unerring course, before the energy level rises a couple of notches and the whole shebang really takes off. And if you fancy getting out on the dance floor for a spot of pas de deux, “Fellini’s Waltz” conveys Pieranunzi’s sumptuous textual and rhythmic ethos to the nth degree.And, in case you want to get a better handle on Pieranunzi’s mindset, the album closes with an interview with the leader.FRED HERSCH Solo Palmetto Records Taking on solo projects can be a tricky business.There are not many pianists who can carry such ventures off without slipping into repetition and occasionally allowing the intensity level to drop. Keith Jarrett has proven to be a master of the unaccompanied approach and now, with Solo, Fred Hersch can be placed firmly with the select bunch of jazz instrumentalist capable of doing the business on their ownsome.On Solo, Hersch dips into a wide spread of material and compositional styles, taking in works by iconic Brazilian composer Antonio, Carlos Jobim, modern jazz pioneer Thelonious Monk and even seminal singer-songwriter Joni Mitchell, and there is a Hersch original in the seven-track lineup too.The sense you get from the album is of an artist constantly exploring new avenues of expression, and willing to work without a net, as he gracefully wends his way along a tightrope. Hersch never falls short on ideas and keeps the listener guessing throughout, as exemplified on a delightful rendition of tried and tested standard “Caravan.”You never know which way Hersch will turn next.There can be no higher accolade for a solo venture.