Jerusalem gears up for the reel deal

See ‘The Godfather’ in a setting you can’t refuse, and other Jerusalem Film Festival events throughout the city 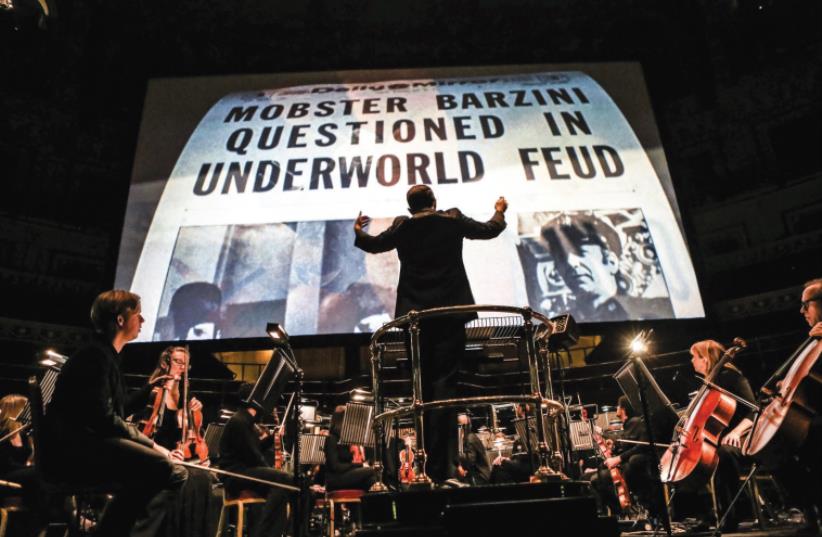 ‘THE GODFATHER’ will come to life on the big screen with Nino Rota’s iconic score performed live by the Jerusalem Symphony Orchestra at Sultan’s Pool.
(photo credit: Courtesy)
Advertisement
The 32nd Jerusalem Film Festival, which opens with a screening of Nanni Moretti’s Mia Madre at the Sultan’s Pool Amphitheater tonight and will run through July 19 at the Jerusalem Cinematheque, will feature a number of special events, many of them free, in addition to more than 200 films.One of the highlights of this year’s festival will be the master class with John Turturro, who is one of the stars of Mia Madre. Turturro is best known for his roles in several Coen brothers’ movies, including his turn as the pedophile bowler named Jesus in The Big Lebowski and in the title role of Barton Fink, for which he won the Best Actor Award at the Cannes Film Festival. He has acted in dozens of other movies, and he has also directed a number of acclaimed films, most recently Fading Gigolo.Turturro’s class will be held following a screening of Mia Madre on Friday, July 10 at 11:15 a.m. at Jerusalem Cinematheque 1.There will also be a master classes with the distinguished Austrian director Ulrich Seidl, whose latest film, Into the Basement, will be shown at the festival. A documentary about him, Ulrich Seidl – A Director at Work, will be shown on July 11 at 2:15 p.m., and following that Seidl and Maria Hofstatter, an actress who is Seidl’s longtime collaborator, will give a master class at Cinematheque 2.Israeli director Amos Gitai, currently finishing a film about the assassination of Yitzhak Rabin, will give a master class on July 13 at 4 p.m. at Cinematheque 2.There will also be a Pitch Point Professional Workshops Master Class taught by moviemakers at Hansen House on July 14.For the first time, the closing-night film, The Godfather, will be shown at the Sultan’s Pool on July 18 at 8:45 p.m., and Nino Rota’s haunting, iconic score will be performed by the Jerusalem Symphony Orchestra, conducted by Justin Freer.Whether you’ve loved Francis Ford Coppola’s The Godfather since it came out, or have always wanted to see it, this is a rare and precious opportunity to watch this great film on a giant screen. Hearing the music, which is such an integral part of the movie, performed live, will give the experience an intensity you will never be able to match in an ordinary theater, let alone on TV or a computer screen.While tickets to the festival are not pricey compared to other cultural events, there are also a number of free events throughout the city.Among these free programs is the Cinema Nights in the Old City series, which runs from July 14-16 and features screenings of movies at various locations around the Old City. The films to be shown include two Hollywood sci-fi epics, The Edge of Tomorrow starring Tom Cruise and Interstellar with Matthew McConaughey, as well as indie films such as The Hundred-Foot Journey with Helen Mirren and Whiplash with J. K. Simmons. The films are in English with Hebrew and Arabic subtitles.In addition, treasures from the Israel Film Archives will be screened on the Old City walls outside the Jaffa Gate. I have seen some of these film archive programs in the past and they are fascinating, especially for history buffs.The Jaffa Gate screenings will be preceded by free guided tours of the Old City’s alleys that will end just in time for the movie.Moonlight Cinema, another free program, will be held at the First Station starting at 9 p.m. from July 12-18. It features a mix of all different kinds of movies, including such Israeli classics as Avi Nesher’s The Troupe (which the program calls Sing Your Heart Out), Uri Zohar’s Peeping Toms (starring Zohar and Arik Einstein), and contemporary Israeli cinema, such as Meny Yeash’s God’s Neighbors.The 2015 Jerusalem Pitch Point is an event at Mishkenot Sha’ananim on July 13 in which filmmakers pitch their ideas to a group of international producers. It’s actually very entertaining to attend this, and you will get a preview of what the next great movies will be. Among the movies that got their start at Pitch Point are The Band’s Visit, Fill the Void, and Lebanon.The Jerusalem Film Workshop is a program for young filmmakers from all over the world to study their craft in Israel. During the six-week workshop, the students make two short films set in Jerusalem. These films will be screened at the Jerusalem Film Workshop Event on July 16 at 10 a.m. at Cinematheque 4.A tribute to the festival’s founder, Lia van Leer, will be held on July 13 at 5:30 p.m. at Cinematheque 1, and will feature tributes from her friends, family and the filmmakers whose careers she nurtured.To order tickets to these events, go to the festival website at jff.org.il.