Two genres of Menotti’s operas – comic and serious, almost tragic, The Old Maid and the Thief and The Medium – were performed by the Jerusalem Music Academy. 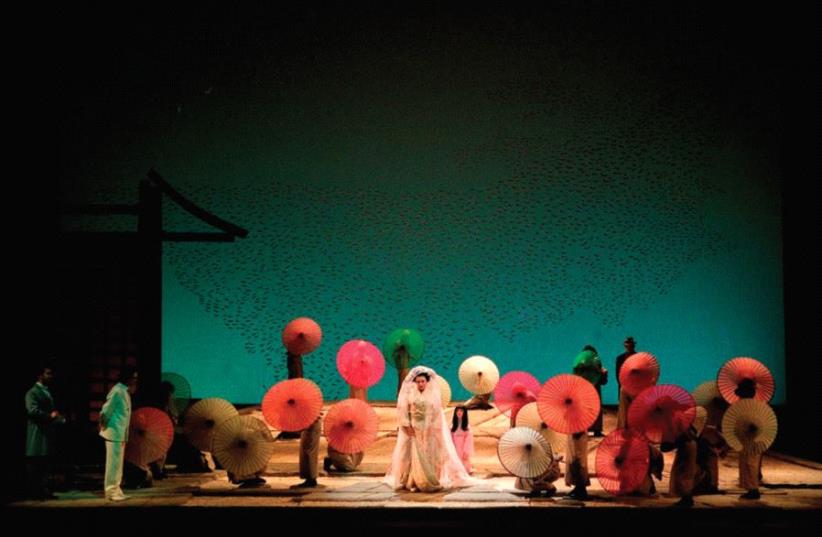 The Israel Opera
(photo credit: PR)
Advertisement
Two genres of Menotti’s operas – comic and serious, almost tragic, The Old Maid and the Thief and The Medium – were performed by the Jerusalem Music Academy.The Old Maid and the Thief is a not-very-well-meaning caricature of two old spinsters starving for male companionship, and the comic situations and complications developing from this.Soprano Shira Cohen, soprano Efrat Hacohen and mezzo- soprano Yuli Horman were appropriately humorous and radiated the joy of singing, but were rather too young in sound and looks for the role of old maid. Their appealing voices often bordered on shrillness and shouting, having not yet learned to make them sound soft and gentle on the higher notes.In The Medium, stage director Shirit Lee Weiss and set designer Eli Kapel conjured up the sinister ambiance of a spiritist seance. However, Menotti’s masterly ambivalence, leaving the audience to guess whether the medium was indeed touched by a real ghost or whether the tap she felt on her shoulder was merely her imagination, was destroyed by a sudden lighting effect suggesting unequivocally that a “real” ghost had indeed made its appearance.Sara Varas’s performance as the Medium, was highly dramatic and impressive.Pianist Yuri Brenner did his best to make the piano substitute for an orchestra. However, for a music academy that boasts of an orchestra it is extremely amateurish to have a piano as a substitute, especially as Menotti is a master of instrumentation.