Ahead of his three sold out shows in Tel Aviv, the Swedish singer/songwriter speaks to the ‘Post’ on his early influences, his albums and how his music calms children 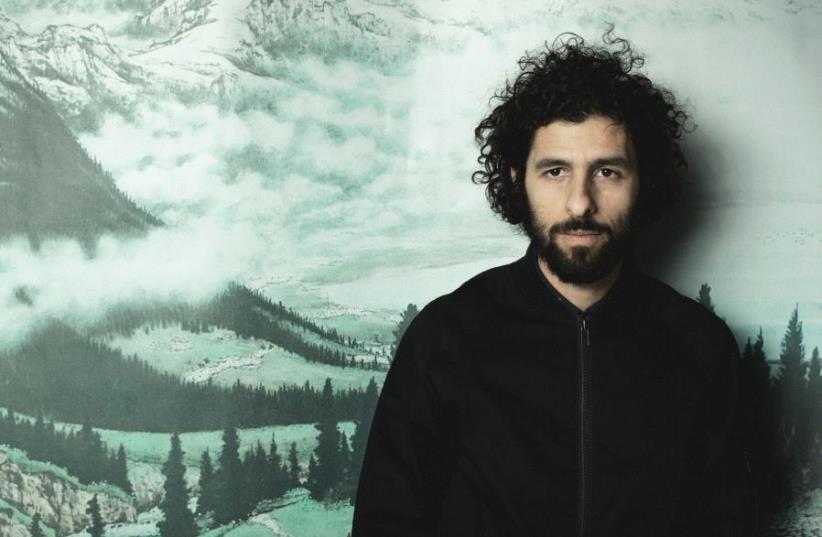 Swedish musician Jose Gonzalez.
(photo credit: MALIN JOHANSSON)
Advertisement
Swedish singer/songwriter Jose Gonzalez’s music is the soundtrack of a seeking mind; a hopeful rainy day; a world exploring itself at the brink of dawn. The 38-year-old Gonzalez is involved in multiple projects: his band Junip and his recent orchestral collaboration known as String Theory. But he is best known for his solo work and the three albums he has released thus far, as well as his work on The Secret Life of Walter Mitty soundtrack, for which he gained more mainstream recognition. Gonzalez is a musician with a distinct point of view, expressed amid restless strings and dulcet vocals. Gonzalez will play three sold out shows in Israel on May 22, 23 and 24 at the Barby Club in Tel Aviv. He sat down with The Jerusalem Post to discuss his early days playing hardcore, taking inspiration from evolutionary biology, and the power of music.What was your first experience writing a song? I remember being in school in music class and my teacher asking everyone to write a song. So me and my friends in class wrote one. A couple of days later when we performed it, it was pretty obvious that it was a rip-off of a Swedish hip hop song. I was 13 or 14 then.What were your musical influences at that time?I was listening to whatever was going on at home, so Argentinean folklore, Cuban singers and some Brazilian albums. Those were my early musical memories before I started to find my own taste, which became Bob Marley and Michael Jackson. Then it only got more eclectic when I started to play guitar and bass because it was mainly punk and hardcore. I was listening to the Dead Kennedys and the Misfits. It was a big mixture.

I was surprised to learn that your first band was a punk band. That style of music seems almost incongruous with the music you create now.When I started to find the sound that I’m doing today, it was a mix of the classical guitar that I loved and also soft singers like Elliot Smith and Cat Power. So that might make it easier to bridge my punk past with the present. I think even Elliot Smith experimented with different sounds. For me, it was never an issue to have different tastes. Each thing has its own place. I would skate and play hardcore, but then also do my homework for school and play classical guitar and make finger-picking, singer/ songwriter songs. In my early 20s I spent more time at the university and we didn’t have much success with the hardcore band, so we gradually let go of that. I studied molecular biology and during those four years, I spent less and less time with the band. We would go on short Swedish and European tours, but it was taking money from our own pockets to make it work.I wanted to ask you about your album titles, ‘Veneer,’ ‘In Our Nature’ and ‘Vestiges and Claws.’ They all seem to speak to an animal nature at odds with a higher nature. Can you expound on that?

Veneer for me was the idea of how things aren’t really what they seem. It’s the metaphor of a surface that looks like something, but it’s only the surface. The songs have to do with this theme in personalities and society. That was the first album and I was slightly more introverted I guess. With In Our Nature, I was thinking more about humanity and our animal sides. I was very inspired by Steven Pinker. He’s a psychologist who has written many books, some of which are on evolutionary biology. Trying to figure out who we are and what we’re doing in metaphors and pretty vague language. The third one was about the idea of vestiges being the history, things that remain and are still there, even though they might have lost their function. Claws are looking at the future; the tools. It’s mainly about humanity, but I think it applies to one person’s history as well. We all live with our histories to some extent, but we can also look forward.The word ‘claw’ is very primal and raw.Yeah, I know my voice is very soft and my sound is also very soft. So I always try to mix up the words to keep some rawness to what I’m doing, otherwise it becomes too lullaby-ish.

So you’re coming to Israel for three shows. Have you played here before? It will be my third time. I played solo once and with Junip once. The demand was so high that we added a third show. I’m glad that people in Israel wanted more shows. We haven’t planned any traveling around yet, but it would be nice to hang out and eat good food while in Israel.What can fans expect from your shows? I’ll be playing alone, just me and the guitar. I have different sets depending on if it’s just me, or Junip, or the orchestra. On my own, I pick from all three albums and a couple of the B-sides that I’ve done, as well as some covers that have become a part of my set, like “Teardrops” by Massive Attack. More than that, I haven’t decided, it depends on the vibe. It’s a mixture of the songs that people want to hear the most and the ones that I like to play.

Do you receive a lot of feedback that people are moved by your music? Lots of people talk to me after shows, or they’ll send me messages on Facebook. But I’m not naive; some people actually fall asleep from my music. But I do hear many touching stories. Sometimes the stories are more funny like how a couple made out to my music, or how they use it to calm their children. But I don’t take it too personally. It’s the power of music and many artists hear the same. In a way, I’m humbled because a lot of people find my voice soothing or the words consoling. One of the main reasons why I think music is a good thing to do is because it touches people.What is the task of the songwriter and singer?I think about it a lot in my own case, but in general terms, I don’t know that there is one task. Sometimes it’s cool when art is just art and it doesn’t need a purpose or aim. But in my case, I try to have a purpose, apart from just making nice sounds. It’s about making myself and other people think. I regard that as a bonus. I really enjoy playing guitar and getting into a groove. So when people like it, that’s amazing.One of my favorite songs off your new album is ‘Open Book.’ The lyrics are beautiful. Can you talk about what went into writing them?

When I wrote the chorus, it was about me trying to do something more classic, inspired by Simon and Garfunkel. The chord progression is very classic. I also felt like the lyrics could be a bit more personal than usual. It’s about exposing yourself when you’re faced with loss and how to move forward. I took some inspiration from my own experiences, but as usual, I tried to write in a way that it could be translated to anyone. I really wanted it to be hopeful; moving on from loss without ignoring the past, looking forward to being in the warmth of other suns. I like to make myself smaller though. If you only look at it as a poem, it can sound pretty Disney. But I’m really happy with the song. I think the message comes through.There’s also a difference between reading the lyrics and hearing the song. If I read the lyrics now, I hear your voice singing them, so they are being lifted off the page.That’s nice, yes, that’s how I react to music too.What comes first for you, lyrics or music? Almost always music. It’s just easier to write the words once I have structure and an emotion. It’s always been like that for me.You seem to be very open to experimenting with other artists. Do you have any plans for new collaborations in the future?The most recent thing has been touring with a 22-piece orchestra, so that’s been my main collaboration. I’m sure we’ll do more, since the reactions have been really good. I’ve been turning down most ideas for collaborations other than that, and just focusing on my own music and touring. But the ones I’ve done really shift my imagination of what I can do.For more info visit www.facebook.com/josegonzalezmusic or http:// jose-gonzalez.com.