Just off the radar

Israeli singer Noga Erez already has a rave ‘NY Times’ plug to her credit and she hasn’t even released her first album yet. 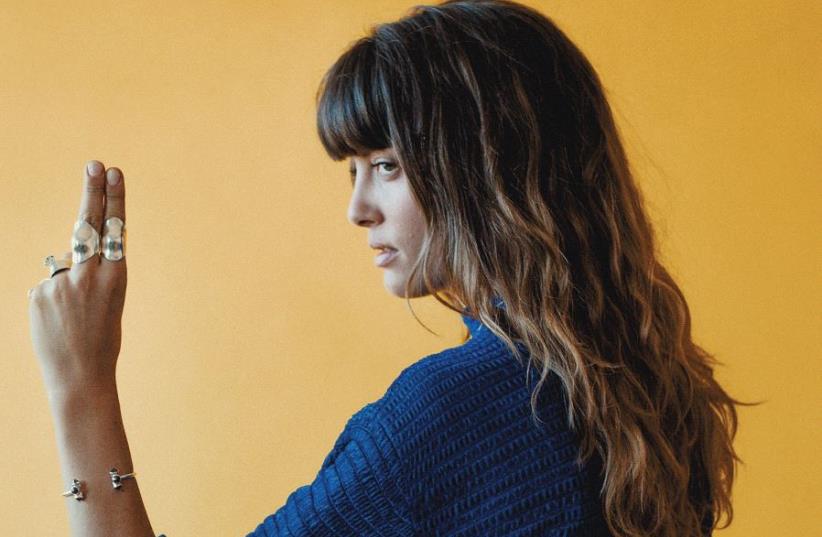 Noga Erez
(photo credit: TONJE THILESEN)
Advertisement
Twenty-seven-year-old Noga Erez is ready to take the music world by storm. After releasing her debut single “Dance While You Shoot” last year, she went on to her first international tour. She recently released a new single, “Toy,” for which she has received rave reviews including one from the New York Times, which stated “the Israeli singer and electronic-music producer Noga Erez gives ‘Toy’ a beat that jitters and heaves, ratchets across the stereo field, speeds up fitfully and stops for a moment of dead silence halfway through the song; the melodies are brief modal phrases hinting at Middle Eastern origins... It’s a sparse, thorny, unstable track — and haunting, too.”Erez is also gearing up for the release of her debut album, Off the Radar, on June 2. She will play in Tel Aviv at Mercaz Enav on April 1. The singer sat down with The Jerusalem Post to discuss moving to Tel Aviv, discovering her passion for electronic music, and performing at South by Southwest.

Where did you grow up?I was born in the North in Atzmon. When I was six we moved to Caesarea and I lived there until I was 18 and moved to Tel Aviv.Basically, until I was able to leave. It’s a beautiful place, but I never felt like I could fulfill myself there. I needed different kinds of people around me, art people. There is a very strong art community in Tel Aviv and you can’t find it anywhere else except for big cities where everything is happening. So Tel Aviv was a very natural choice.

How did music first enter your life?Music was a big part of my childhood because I grew up in a home where both parents were big music fans and there was music playing in the house all the time. So that really put it into my DNA. Music was something I needed in my everyday life. It became something I was drawn into more and more.There was a piano at home and I would play it. Then I started taking lessons, singing and piano, as well as other instruments.

At what point did you realize music was what you wanted to dedicate your life to?It was around the age of 18. At that point, I had knowledge of some instruments and had learned music in high school. But when I moved to Tel Aviv, I realized how important it was for me. I met people who really made music their lives and put their lives into their art. I realized it was something that was maybe possible to do for a living.

Yeah, it’s not easy. I know a lot of musicians have side jobs. Is that the case for you?I do have a side job, but it’s teaching music, so I managed to remain in that same area, even though they are two different things.For years, I waited tables and tended bar, but at some point, I decided that I should do something where I could make a living and it would still be part of my musicality.I’ve been teaching private singing lessons for seven years now. It’s always changing and not very steady, but it’s way better than anything else I’ve done.

You’re putting out your debut album this summer. What has the journey been like?It’s been long. Like every musician, I was trying to figure out what kind of musician I wanted to be. I’m attracted to all genres, more or less, and have had periods where I’ve listened to many different genres. I always wanted to make the type of music that I was listening to at the time. But at a certain point while I was studying at the Jerusalem Academy of Music and Dance, I realized that there is something about making music with the computer and the type of sounds that it makes that attracted me more than anything else. The electronic sound drew me.Also because I had knowledge of composition and I played the piano, I wanted to take everything I learned and put it into one place.That was the way that allowed me to do that.When I started to get really into music production and sound, I left the Academy in the middle of my studies and got deep into production in a more self-taught way. That led to some nice things. The minute I changed my sound, people started showing more interest in me. It worked for me and it also worked well for the listeners.

What was the creative process like for you recording your album?I have recorded other albums, but this is the first one I’m releasing. An important thing to know about my creative process is my partnership with Ori Rousso. I started learning a software program and my teacher became my musical partner. Gradually, we started working together and collaborating.It’s like a dialogue between us. Each of us brings our own influences and our own worlds, and how we choose to combine them is something that created the kind of sound that is on my album.I imagine that it’s complicated being so involved in the creative process with somebody else.Yeah, doing things alone in many ways makes the process shorter. You don’t need to debate; you are your own feedback. When you have someone else who has different opinions it can make things harder and slower at times. But in our case, we have great communication, and we’ve had it from day one. We’ve also been tested many times and have gone through a lot as partners already. Most of the time, it’s very productive and we inspire each other. So there are way more benefits.

Can you talk about the concept for your new single, “Toy?” It talks about someone who inherited power and control; someone who was born into that situation. It’s something that came into my mind; these people who are born into powerful families. They inherit power, even though they are not the most qualified people. In the song, there is a process that the character goes through. In the beginning, it’s objection. She doesn’t want to wear this crown or this gown. But toward the end of the song, it flips really extremely. The character takes the power and uses it. It shows how easily power can corrupt someone and change their personality completely.

Is that a subject that you relate to personally?It’s based on something that happened to me years ago. I was performing at a ceremony, and this guy came with his parents.His father was a politician. They came to the event with all this security and a whole crew of people. I looked at this kid and it made me think about how it felt to be in that position.You’re on tour now?I just came back from Austin, Texas. I played at South By Southwest. It was mayhem! People described it to me and kind of warned me about how crazy it is. Performing there is a different experience. You don’t sound check and there’s no time to set up in the way that you want. It’s kind of like survival mode. We did four shows there. I felt like I was a rookie when I first got there and now I’m a pro.

To purchase tickets to the show in Tel Aviv: https://www.facebook.com/ events/1705474289752022.For more information on Erez and her music: http://www.nogaerez.com.
Advertisement
Subscribe for our daily newsletter