During his previous visit to Israel, in 2012, Morrissey was given the key to Tel Aviv by Mayor Ron Huldai and promised to represent the city in the world. 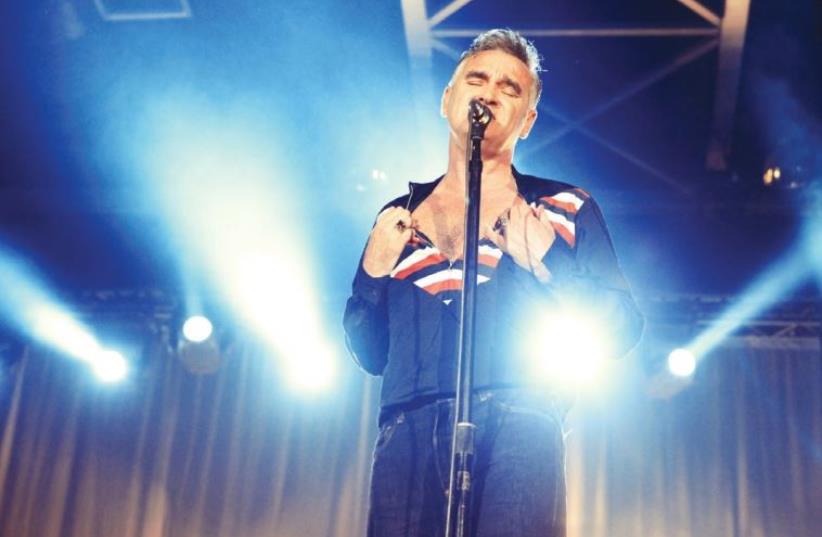 The iconic king of moperock, Morrissey
(photo credit: ORIT PNINI)
Advertisement
Having performed in Israel in 2008 and 2012, legendary British singer Morrissey is once again returning to the Holy Land, for two concerts on August 22 at Tel Aviv’s Mann Auditorium and August 24 at the Caesarea Amphitheater.Born Steven Patrick Morrissey, the Manchester native emerged in the 1980s as the lead singer of The Smiths where he set a lyrical standard for the disaffected and rose to legendary status. Since he went solo in 1988, he’s topped the charts in the UK 10 times. Some of his biggest hits include “Everyday Is Like Sunday,” “Suedehead,” “There Is a Light That Never Goes Out” and “How Soon is Now.”During his previous visit to Israel, in 2012, Morrissey was given the key to Tel Aviv by Mayor Ron Huldai and promised to represent the city in the world. During the encore he gave at the end of his show at the city’s Exhibition Grounds, Morrissey wrapped himself in the Israeli flag in front of 5,000 fans.For tickets visit www.eventim.co.il or *9066.