The singer-guitarist will perform in the Hot Jazz series. 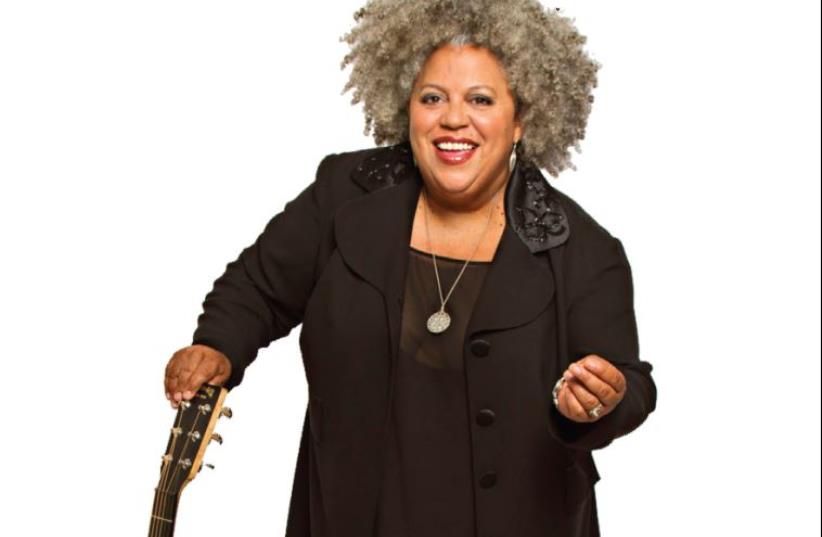 KL Denhert
(photo credit: HELENE DELILLO)
Advertisement
By and large, the annual Hot Jazz series sticks to its titular category.However, once in a while series artistic director Ziv Ben strays outside the strict confines of the field to offer audiences a more mass appeal form of entertainment.You could say that KJ Denhert pertains to the latter classification, with the accent very much on entertainment. The larger-than-life 57-year-old New Yorker will no doubt bring all her bubbly persona to bear at her upcoming Israeli tour, which includes gigs in Ganei Tikva, Herzliya, Modi’in, Tel Aviv and Haifa between June 18 and 25. She is bringing her regular pianist Bennett Paster with her, with a local threesome of saxophonist Lenny Sendersky, bassist Assaf Hakimi and drummer Gasper Bertoncelj completing the lineup.The Denhert installment is touted as a show that incorporates a blend of jazz, blues, country music and urban folk – and then some. As far as Denhert is concerned, it is all part and parcel of her craft.“Of course, it’s all just music. But I think that where you start out and where you grow up and what you hear when you are young – even the television commercials – can influence you even without realizing it,” she says.The vocalist-guitarist clearly exudes that all-embracing ethos as she follows her music muse up and down the highways and byways of her mind and heart.She had plenty to feed off as a youngster.“I grew up in New York in the 1960s,” says the artist, whose parents hailed from Grenada and relocated to the Big Apple shortly before she was born. “That alone is enough to inspire you, I think,” she adds with more than a touch of understatement.Denhert was six years old when the Fab Four crossed the Pond and took America by storm.“I remember asking to stay up late to see The Beatles on The Ed Sullivan Show,” she notes, adding that, to the best of her recollection, the British pop group’s debut on American TV was offset by a momentous political event.“Their first show was delayed because of the assassination of president Kennedy,” she posits, harking back to the tragedy that took place in Dallas on November 22, 1963. “I was in kindergarten. When the president gets killed and you go through something like that, as a kid I took life very seriously,” she observes before following that up with some adult playfulness. “As a child I was serious; and, now, as an adult, I am childlike.”Although Denhert says she wasn’t a diehard Beatles fan, pop and rock music were very present in her formative years, and the fabric of eminently accessible commercial vibes runs through her 10-album discography.But Denhert was always looking to express all the sounds and rhythms she imbibed in her younger years in her own singular style. Her early musical diet was seasoned with the sounds of Brazilian bandleader, pianist and composer Sergio Mendes, who was an early influence. Her sonic directions took on several new twists and turns when she began to get a handle on the work of a preeminent Canadian singer-songwriter.“Jazz came into my life with Joni Mitchell. She was the first person to start playing with [jazz-pop band] Tom Scott and the LA Express. I remember the first time I heard [Mitchell’s 1974 album] Court and Spark, I was a little taken aback,” says Denhert. “I thought, ‘Oh what’s going on here?’ and I was sold. Then she brought out The Hissing of Summer Lawns [in 1975]. I really know that album. I can almost hear every note of that – John Guerin’s drumming, and you think of the trumpet solo [by Chuck Findley], which was kind of Miles [Davis]-like. That brought the jazz in.”Another Canadian brought his weight to bear on Denhert’s incipient musicianship.“Bruce Cockburn was a great folk player who loved jazz. He didn’t really believe he was a great jazz player, and he wrote some really interesting music. There has not been any champion of that intersection of folk music and improv, but he had it,” she says.Denhert has been on the road for some time now. She initially studied psychology at college and kept her burgeoning musical path alive in her off-study hours. Two years into her degree, she decided she’d had enough of lectures and study and hit the road with an all-girl rock band.They didn’t do too badly and spent six years globetrotting, performing in such geographically and culturally disparate places as Germany, Korea, Italy and Egypt.“I had the adventure of a lifetime,” says Denhert.But it eventually all got a bit much.The band broke up, largely for personal reasons, and Denhert returned to the States and took a job at a yogurt factory to pay a few bills before she got back to full-time music-making.But she ended up working at the company for 18 years before quitting and devoting the majority of her waking hours to her music.For Denhert, the upcoming tour here is something akin to closure.“When I was in the rock band, we played at Sharm el-Sheikh [in the Sinai Peninsula] and we were supposed to play in Tel Aviv; but for political reasons, the Egyptians didn’t want us going to Israel and back to Egypt,” she explains. “I played in Egypt three times and never got to Israel. I am so glad that I am finally making it. I can’t wait.”

For tickets and more information: (03) 573-3001; www.hotjazz.co.il
Advertisement
Subscribe for our daily newsletter