Eisenhower Dance takes its Light Show on the road. 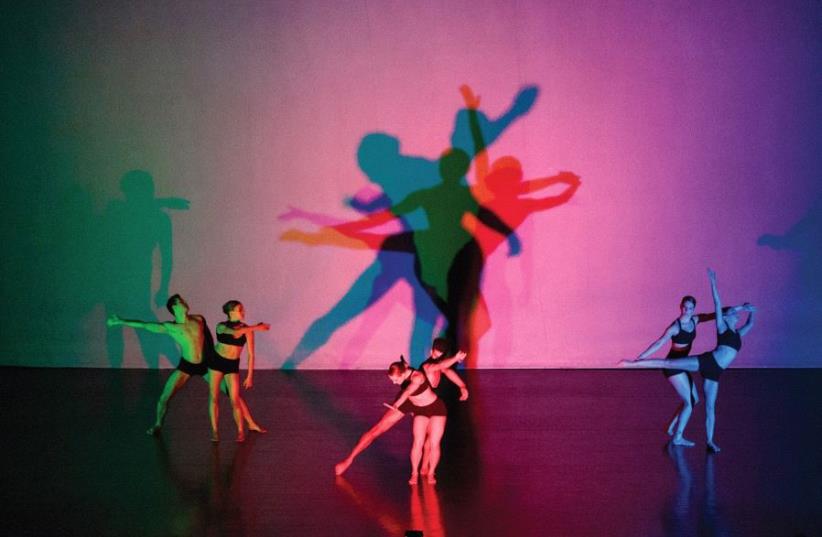 Eisenhower Dance
(photo credit: PR)
Advertisement
When you’re watching a performance, how often do you stop to consider the lighting? Do you ever look up and count the various lighting fixtures hung from the ceiling and around the stage? Lighting design is one of the most essential elements of a production and is quite often taken for granted, an afterthought.After 26 years at the helm of Detroit-based company Eisenhower Dance, Laurie Eisenhower decided to truly invest in lighting from the very first step in the studio. Always a fan of lighting and its immense possibilities on stage, she conceived of a project, The Light Show, which placed lighting at the center.“We developed The Light Show production as a new collaborative production between choreographers and lighting designers. Each team of choreographer/designer was given the task of creating a dance piece where lighting became an integral part of the work. We weren’t interested in a light spectacle as much as creating artistic works with light. The result is beautiful and exciting,” says Eisenhower.At the end of June, Eisenhower Dance will make its first trip to Israel to perform in Tel Aviv. The program will consist of five short pieces: Bolero, Threads and Lightplay by Eisenhower; Spectrum by Stephanie Pizzo; and Laissez Faire by Jamey Hampton.“The performance consists of four dances from The Light Show production – Spectrum, Lightplay, Laissez Faire and Bolero – and Threads, a work I choreographed several years ago that has become an audience favorite,” says Eisenhower.The program is, in Eisenhower’s words, visually stunning and physically virtuosic with beautiful imagery.Eisenhower Dance’s repertoire caters to audiences that love to see big movement executed by versatile dancers. Strongly rooted in classical technique, Eisenhower’s movement esthetic pushes the body to its limits.Many of her dancers have backgrounds in gymnastics and other virtuosic physical practices, which shows clearly in their abilities.However, Eisenhower sees these capabilities as only part of the whole package.“I’m interested in three-dimensional performances, where the dancers not only perform the movement well but also add their own stamp of individuality. I want something more from the dancers than physical prowess. I am fortunate to have an immensely talented, diverse group of dancers that inspire me. My joy comes when together we create something truly unique and transformative,” she says.As the founder of the first dance company in Detroit, Eisenhower has permanent pioneer status. Years ago, having completed two degrees at Arizona State University and in the midst of a burgeoning career as a modern dancer, she accepted a temporary teaching position in Michigan.“I had only planned to stay one year. However, I met my [now] late husband and ended up establishing roots there. I have been in Michigan for 31 years,” she recounts.Functioning in the Midwest has its challenges and its advantages, she discovered. On one hand, the American dance community is pooled along the country’s edges, namely in New York City and California. On the other hand, as a new voice in the neighborhood, Eisenhower could reach untapped audiences.“I founded Eisenhower Dance to create the opportunity for me to choreograph. I have watched the company grow from a handful of dancers to the sophisticated operation it is today. I discovered there is a large base of support for our company,” she says.“Our audiences and donors have steadily grown since the inception of the company. There are numerous theaters around the state, so it was advantageous for us in the early years to have so many local venues in which to perform.”In recent years, Eisenhower Dance has reached out farther and farther to foreign audiences. The company’s tour schedule has expanded significantly.“I really enjoy traveling to various places and sharing our work with diverse audiences,” she says.“This will be our first time in Israel. It has been on my bucket list!” Eisenhower Dance will perform on June 28 to 30 at the Tel Aviv Performing Arts Center. For more information, visit www.israel-opera.co.il.