Macklemore, LP to light up Live Park in Rishon

Number one hits "Thrift Shop" and "Can't Hold Us" to ring through the Holy Land. 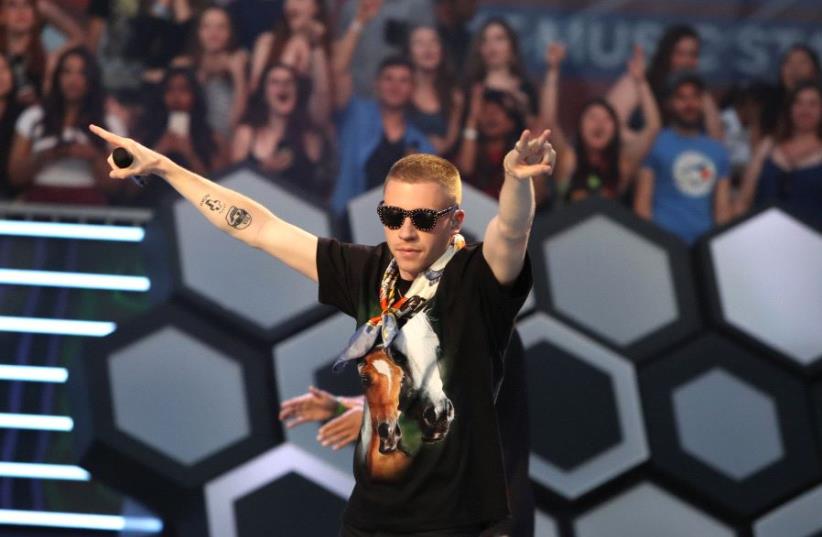 Macklemore performs during the iHeartRadio Much Music Video Awards (MMVAs) in Toronto, Ontario, Canada June 19, 2016.
(photo credit: REUTERS)
Advertisement
The musical summer of 2017 in Israel isn’t only going to be about hitmakers of the past. Macklemore and Ryan Lewis and co-headliner LP – two current chart busters – will be converging on Live Park in Rishon Lezion on July 18.The 33-year-old Macklemore, born Benjamin Hammond Haggerty, has been at the top of the hip hop game since his 2012 collaboration with producer Lewis resulted in number one hits – “Thrift Shop” and “Can’t Hold Us” – around the world.The pair won four Grammy Awards at the 2014 ceremony, including Best New Artist, Best Rap Album (The Heist), Best Rap Song and Best Rap Performance (“Thrift Shop”).Their second album, This Unruly Mess I’ve Made, was released last year.Macklemore has tackled topical issues, like LGBT rights on the song “Same Love” and last year’s “Drug Dealer” about his battles with addiction, as well as “Wednesday Morning,” released after the 2016 US election results.The Rishon show’s co-billing of Macklemore/Lewis with quirky New York singer/ songwriter LP makes for an interesting pairing that is sure to draw a diverse crowd.LP (the stage name of 36-year-old Laura Pergolizzi) has released four albums since 2001 and has written songs for Rihanna (“Cheers (Drink to That)”) and Christina Aguilera (“Beautiful People”), among others.Her haunting tune “Muddy Waters” was featured on the season-four finale of the Netflix series Orange is the New Black, and other hits like “Lost on You” and the current “Other People” have been high on the playlist of Israeli radio stations like Galgalatz.