The singer-songwriter will officially mark the release of the new CD with a string of launch shows beginning next week. 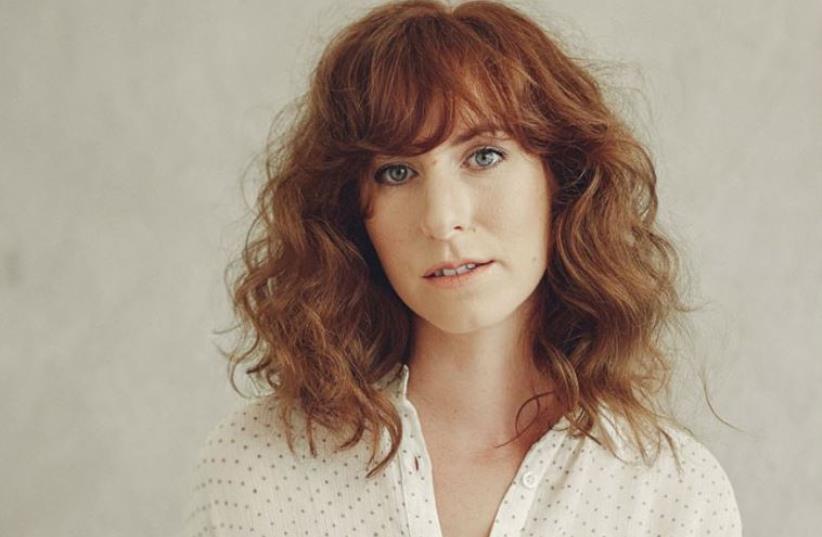 Maya Isacowitz
(photo credit: HILA SHAER)
Advertisement
Maya Isacowitz has done pretty well for herself thus far, although initially success took a while to show its sunny face. The Israeli singer-songwriter released her debut album, Safe and Sound, at age 21 in modest circumstances. At the time, she opted for a softly incipient route to spreading her artistic word, putting her first musical fruit out on her musician-instrument builder father’s label.The first proffering did not generate too many waves among indie music consumers; but after a gestation period of three years, during which Isacowitz engaged in low-key marketing at gigs, she re-released Safe and Sound on High Fidelity. While pertaining to the offmainstream indie side of the industry tracks, the company still packed a lot more PR and distribution punch than Peter Isacowitz’s one-man band.The positive results were not long in coming. The album went gold and brought Isacowitz the somewhat belated but highly creditable title of Newcomer of the Year from the ACUM Israeli musicians, composers and music publishers umbrella organization in 2012.Isacowitz’s sophomore effort, All of the Miles, is now out and appears to have taken an entirely different creative route. The singer-songwriter will officially mark the release of the new CD with a string of launch shows beginning next week.All of the Miles is the result of a lengthy grafting period.“I spent two full years in New York working on the album,” notes Isacowitz. “I had not intended to be there for so long, but it just worked out that way. I’m glad I was able to give the project the time it needed and deserved.”In fact, the evolutionary continuum kicked off well before Isacowitz landed in the Big Apple.“There were songs that I began performing at gigs which found their way on to the new CD,” she says. “There were others that didn’t survive the tough selection process.”Some artists alternate between periods when the onus is on drawing board endeavor and times when their energies are focused exclusively on putting a show together and getting their compositions out to the public in the most animated and crowd-pulling manner possible. For Isacowitz, the two flow cheek by jowl.“There are always new songs coming out, and after I leave some out of a new album I think they will get on to the next CD, but then other new songs come up,” she says.It sounds like a nice problem to have.Ultimately, the decision to make the new album far from the Israeli madding crowd was spurred by an encounter with one of our leading artists in the US.“I had been thinking about doing the second CD abroad, and when I met Yonatan Dagan [from successful New York-based Israeli electronic music project J.Viewz], it all fell into place,” Isacowitz explains.In addition to finding the right comrade in creative arms, it was very much a matter of doing it elsewhere, outside the established comfort zone.“Being in New York, away from Israel, and from my family, friends and familiar surroundings, was so different,” Isacowitz continues. “When you land in a different place, a different culture, that gives you so much. It opens the mind and widens your horizons.”There is also something of the suffering artist cliché in there, too.“It is a tough experience, being away from home and encountering so many new things. It is challenging, and there is a lot to take in, but it really gets the creative juices flowing,” she says.Setting up her album-making stall in the States, says Isacowitz, led the whole venture through unexpected artistic terrain and would have changed the very essence of the project.“I am sure that had I made the album in Israel, even with the same people, it would have come out differently. The sound, the way I sing, the instruments and the production – everything is impacted by the place, New York, the people I met there, recording the album with Yonatan at his studio in Williamsburg,” she says.Isacowitz also underwent plenty of formative experiences along the way which, she says, also left their mark on All of the Miles.“The things I did and had to deal with professionally and also on a personal level over the two years in New York, they also came into play during the process of making the record,” she adds.Rather than wearing her down, the challenges Isacowitz met head on only served to add muscle to her spine.“I got so much strength from the whole process, and it instilled in me a powerful desire to take this whole thing as far as I possibly could with the music. I got so much out of this,” she declares.All the pock marks and the added character value she got out of her New York sojourn not only come through on the album, but her audiences will also get the benefit of the steep learning curve.“This whole trip has made me all the more appreciative of the fact that I am so privileged to be able to get up on the stage and share my experiences through my music. I guess there is something therapeutic in all this. I feel blessed,” she says.It is a fair bet that Isacowitz’s fans will share that sentiment when they hear the album and catch the artist’s New York state of mind live.Saturday September 12, at the Barby Club, Tel Aviv