The founder of British prog rock greats Porcupine Tree and friend to Aviv Geffen and Ninet muses on his solo career, his ‘second home’ Tel Aviv and the death of rock. 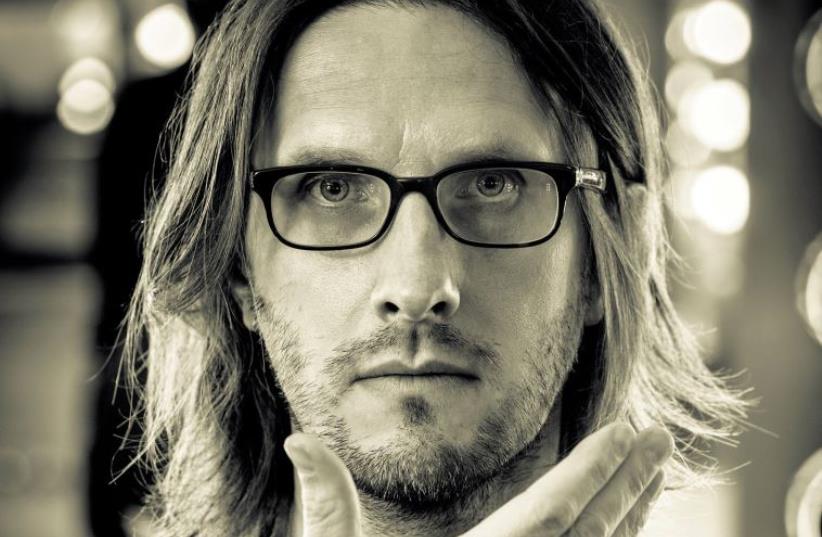 STEVEN WILSON: If Kanye West is the best we have to offer... then I suspect that the golden era of rock is over
(photo credit: Courtesy)
Advertisement
For Steven Wilson, the distinction between artist and entertainer is clear – and in today’s culture, the artist is on the losing side. The 49-year-old guitarist extraordinaire, founder of Porcupine Tree, one of Britain’s great prog hopes throughout the past two decades and master of a prolific solo career, is fighting the good fight on behalf of artistry.“If you want to be an entertainer and please your fans, you end up giving them the same stuff all the time. If you’re an artist, you do it because of some deeper need inside you that’s more conducive to experimentation and innovation. Sometimes it disappoints your fans,” said Wilson, last week on a phone call from Trieste, Italy, where he was performing that night with his band in support of his latest album, 4 1/2.The four-time Grammy nominee cited two giants of modern music who recently died, David Bowie and Prince, as prime examples of artists who constantly challenged their audience, and suggested that their deaths marked the closing of a door of a major chapter in rock music’s evolution.“I can’t see it coming back. Honestly, if Kanye West is the best we can offer in that respect, then I suspect that the golden era of rock is over,” he said.Wilson, who will be performing at the Zappa Shuni Amphitheater on Saturday night, with special guest Ninet, who had previously joined him on a European and US tour, spoke to The Jerusalem Post about what he called the “banality” of the current music scene, the futility of boycotting Israel, why he calls the country his “second home” after having lived in Tel Aviv for six months earlier in the 2000s and his ongoing collaboration with Aviv Geffen in the band Blackfield. Here are some excerpts:

You’re not bashful of calling Tel Aviv your second home or touting Israel’s virtues in a climate of artists boycotting the country and badmouthing it. Do you foresee a time when Israel will be considered a ‘normal’ country by people around the world or will that only happen when there’s a political solution for the Palestinians? It’s more than politics, though, isn’t it? Whenever I talk to people about my love of Israel and the fact that I was living there for a while, they always raise their eyebrows and go “why Israel?” Most people have this idea that not only is there a war going on there, but that it’s full of religious people. And in reality, it’s one of the least religious countries on the planet.Israel is a very open-minded place but it’s also the Holy Land, and people always make that association.Israel is seen as a hotbed of religion and living in Tel Aviv, it was definitely not the impression that I got.You can also chalk it up to the CNN syndrome – if your knowledge of someplace only comes from media reports, then it’s going to be a very skewed image. After the first time I came, I realized that my impression of Israel was completely inaccurate.I’ve never had a one-on-one confrontation with one of those artists who boycotts Israel, but I would like to. It would be interesting, whether it’s Roger Waters, Annie Lenox or Brian Eno. It would really be curious to hear their side of the argument.I think part of it must stem from their own inflated opinions of their own impact on the world. Because really, who gives a shit if Annie Lenox or Brian Eno boycotts Israel? The politicians don’t and the population at large doesn’t – that’s another sign that the influence of pop music is dissipated. People don’t have the kind of influence they used to. Nobody really cares if Roger Waters boycotts Israel.
Advertisement
Subscribe for our daily newsletter