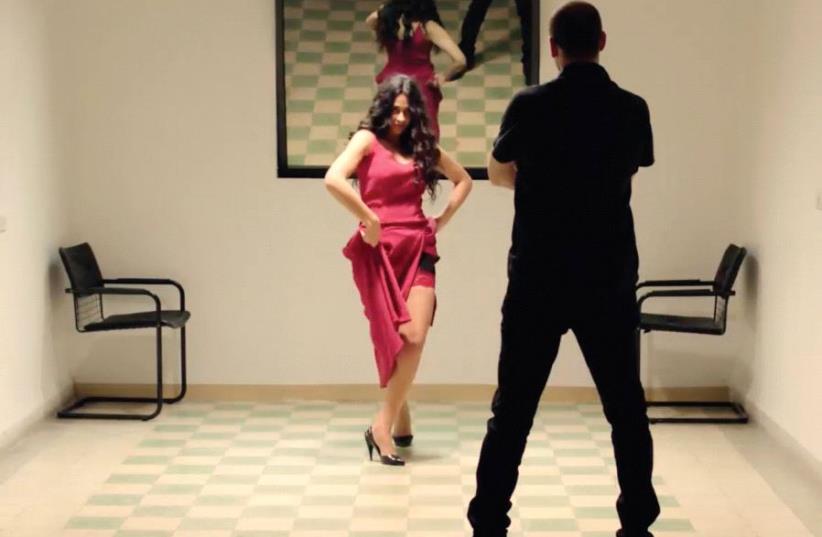 ‘Personal Affairs’
(photo credit: PR)
Advertisement
Maha Haj’s Personal Affairs is a charming film, witty, meticulously constructed and true. Its title may not be distinctive and a plot summary may not sound intriguing, but it is an accomplished and satisfying movie.Personal Affairs, which won the award for Best Feature Film at the Haifa International Film Festival, had its premiere at Cannes and has received prizes all over the world. Haj, who is making her feature-film directorial debut with this, has a keen eye for the absurdity of daily life and a graceful touch. The movie starts out focusing on an elderly couple in Nazareth, then opens up to examine the lives of their three grown children, each of whom has chosen a different path in a way that exemplifies the choices open to Arabs in Israel.The couple, Nabeela and Saleh (played by a real married couple, Sanaa and Mahmoud Shawahdeh, who are not professional actors), are living a kind of cold war. He suffers from insomnia and is glued to his laptop as he ponders the big issues, while she knits and watches her soap operas without speaking to him. The only time Nabeela is animated is when she is having what is ostensibly a friendly chat with their neighbor, but which is really a competition over whose children are doing better.Nabeela and Saleh have three children. The biggest success story is Hisham (Ziad Bakri), who lives in Sweden. Their daughter, Samar (Hanan Hillo), has the most conventional life of the three. She is a housewife in Ramallah, married to George (Amer Hlehel), a mechanic. Pregnant, she sits at home, caring for his grandmother (Jihan Dermelkonian), who barely remembers who Samar is. Their second son is the one Nabeela is least likely to boast about. Tarek (Doraid Liddawi) wants to be a writer, and he is living in Ramallah near his sister but refuses to settle down. He has been dating Samar’s friend Maysa (Maisa Abd Elhadi), but he won’t commit to her.The story gets going when Hisham grows tired of trying to mediate his parents’ conflicts via Skype from Sweden. He asks Tarek and Samar to convince them to visit him. Predictably, a vacation abroad is a tough sell for this couple, who have always lived for and through their children. As Tarek and Samar get involved in their parents’ problems, we learn more about each of them. All the main characters are stuck in a certain way, and George, a Palestinian who does not have Israeli citizenship, is literally stuck on one side of the Green Line. He longs to see the Mediterranean, and when, in an improbable subplot, he meets an American movie producer who wants to cast him in a film, he jumps at the chance. While his friends urge him not to play a terrorist and to check out the screenplay, all he wants is to visit the sea on the way to Haifa.This and other parts of the film, especially a scene in which the personal becomes very political as Tarek and Maysa get into an argument about their relationship at an Israeli checkpoint, reference the Israeli-Palestinian conflict. But politics aren’t front and center here, they are simply part of the characters’ lives. As the title suggests, the movie is about how people live their lives and how the political situation is inextricably woven into that.There is a show-stopping dance scene at an Israeli police station that says something about the characters and their relationship and, at the same time, illuminates the complex reality of life in Israel.The Shawahdehs are perfectly cast as the couple, while Hanan Hillo and Maisa Abd Elhadi bring life to what could have been relatively formulaic wife/ girlfriend roles. Amer Hlehel has charm and great comic timing as the mechanic who suddenly becomes an actor.Personal Affairs comes along at roughly the same time as Bar Bahar (In Between), a movie by another female Palestinian director, Maysaloun Hamoud, and perhaps it’s inevitable that the movies will be compared. But other than portraying Arab characters vividly, these films are very different, especially in terms of style. Personal Affairs has its own story to tell, and Haj tells it winningly and distinctively.