Movie Review: A soft rain permeates ‘After the Storm’

‘After the Storm’ is a subtle blend of comedy and drama. 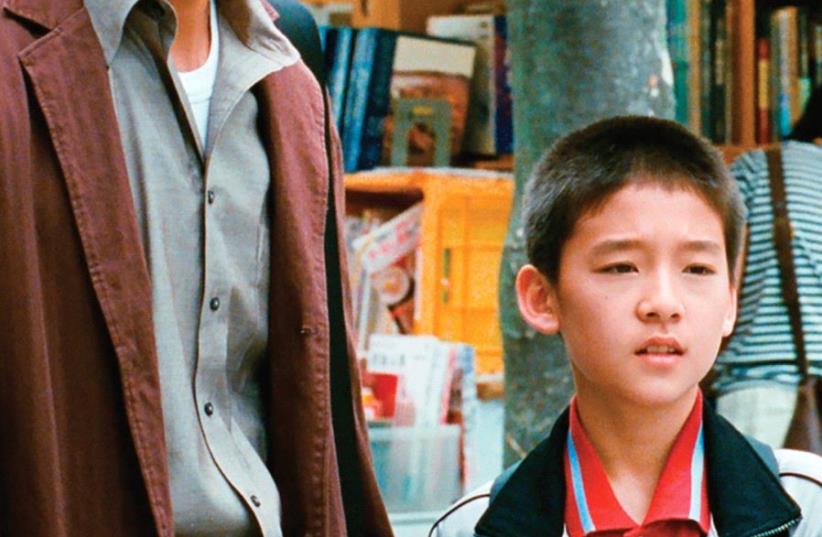 ‘After the Storm’
(photo credit: PR)
Advertisement
Hiroshi Abe, the star of Hirokazu Kore-eda’s After the Storm, has a look and style reminiscent of Gregory Peck. He’s tall and very handsome but always seems to be observing himself and all the mistakes he makes with amusement. In After the Storm, where he plays a broke, once-acclaimed novelist, he brings to mind Peck’s performance as the down-on-his-luck journalist who stumbles into the scoop of his life in Roman Holiday. It isn’t just that there is a superficial physical resemblance between the actors or a similarity to the characters they play, but they share a loose, hangdog quality, as if each actor felt almost apologetic for his good looks and wit.Abe is the perfect actor to bring out the undercurrents of humor and affection that run through all of Kore-eda’s movies, and the two have worked together before, in Still Walking. Kore-eda’s films, among them Like Father, Like Son, After Life and Our Little Sister, all have a sweetness about them that threatens to become saccharine at times but almost never does. The director genuinely loves his characters, even if they are very familiar types, and he gets us to love them, too. At his best, Kore-eda’s movies evoke those of that great humanist of the screen, Francois Truffaut.In the slow-paced but enjoyable After the Storm, Abe plays Ryota, whose first novel won an important prize and brought glory to his working-class family. But it’s been years since the book was published. Now Ryota is a divorced father who has a hard time paying child support to his ex-wife, Kyoko (Yoko Maki). He sees his son, Shingo (Taiyo Yoshizawa), only once a month. Ryota works as a detective in a rundown agency that mostly handles marital cases and brings to mind the Parisian workplace of Truffaut’s alter ego, Antoine Doinel, in Stolen Kisses. Ryoto uses his intelligence to run all kinds of schemes, like getting a cheating wife to pay him not to give her husband compromising photos he has taken. But when Ryoto has money, he’s more likely to gamble it away than to give it to his ex; and although he hates himself for doing this, he can’t stop. At night, he tries to write in his tiny apartment but can’t do more than scrawl words on post-it notes.Two events start to send ripples through Ryoto’s world. His father has just died, and he visits his extraordinarily level-headed mother (Kirin Kiki, the magnificent actress who starred in Sweet Bean, aka An). He wants to see how she’s doing, but he’s also there to rifle the apartment for valuable antiques he thinks his father kept hidden.The other development he can’t ignore is that his ex-wife, who works hard as a realtor, has a new, rich boyfriend, who Ryoto is afraid will steal his son’s affection. But Shingo is closer to Ryoto than his father realizes at first, and the boy disdains the boyfriend, who cheers the boy on at little-league baseball games with clueless slogans.Ryoto’s apprehensions about the boyfriend motivate him to try harder with his son, even to try to win back his ex-wife, a pretty tall order. Although it’s clear that she prefers her goofy ex-husband, it’s equally clear that she is a realist and knows she can’t rely on him. But he isn’t going to give up just because it looks hopeless. To trick Kyoko into spending time with him, Ryoto brings Shingo to his mother’s apartment just as a typhoon is approaching Tokyo, hoping that Kyoko will get stuck there when she comes to pick him up.In the hands of Kore-eda and his brilliant cast, this isn’t a formulaic romantic comedy but an unclassifiable blend of comedy and drama, where you root for the hero even as he lets you down again and again.Hebrew title: Aharei Hasufa Directed by Hirokazu Kore-eda With Hiroshi Abe, Yoko Maki, Kirin Kiki Running time: 117 minutesIn Japanese. Check with theaters for subtitle information.