Ben Stiller, Naomi Watts are compelling as they try to hold on to their youth. 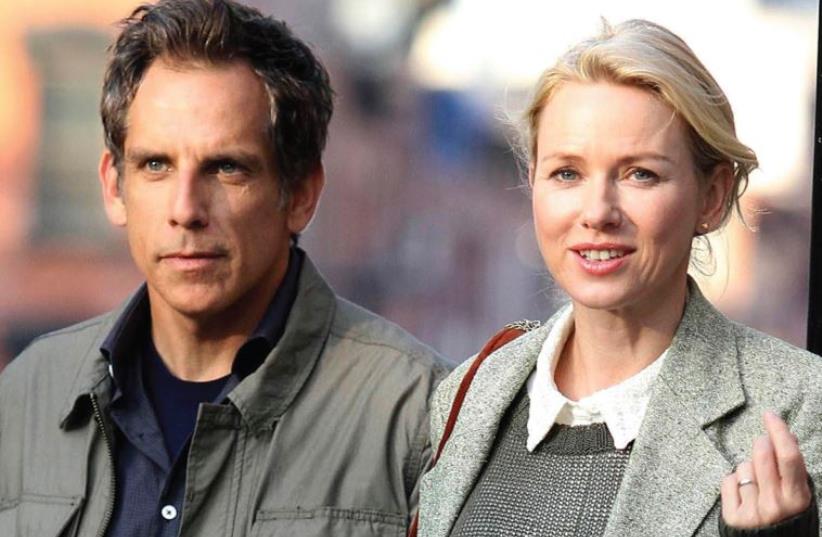 While we're young movie
(photo credit: PR)
Advertisement
WHILE WE’RE YOUNG
Hebrew title: Kesheh N’hiyeh Tzeirim
Written and directed by Noah Baumbach
With Ben Stiller, Naomi Watts, Amanda Seyfried, Adam Driver
Running time: 97 minutes
In English with Hebrew subtitles It may sound like a contradiction in terms to say that a person can be both bourgeois and bohemian, but there are lots of people of just this type to be found in big cities these days. Nowhere are these hybrids more prevalent than in New York City, which is writer/director Noah Baumbach’s home turf. His latest film, While We’re Young, is about a couple in their mid-40s who go down the rabbit hole when they become infatuated with a 20something couple. The young couple represents nostalgia for their younger selves and an illusion that they can somehow be young again, or at least not be as old as they really are. But they can’t, and so While We’re Young becomes a gently told combination of a tragedy and a comedy of manners.Ben Stiller plays Josh, a hyperintellectual documentary filmmaker who has been working on his latest film — which is so complicated, ambitious and pretentious, he can’t even explain what it’s about — for more than eight years. His wife, Cornelia (Naomi Watts), is almost unnervingly patient with him. She is the daughter of a legendary documentary director, Leslie Breitbart (Charles Grodin), and works producing her father’s movies. Years ago, she and Josh tried to have a child, but after a series of miscarriages and agonizing failed fertility treatments, they gave up and tell themselves they are all right with that, although clearly they both have mixed feelings. When their best friends, Fletcher (Adam Horovitz of the Beastie Boys) and Marina (Maria Dizzia), have a child and become virtual baby zombies, Josh and Cornelia reassure themselves about how happy they are with their own lives, but they aren’t too convincing.It would be easy to skewer these characters mercilessly, but Baumbach knows them and likes them. The story gets going when they meet Jamie (Adam Driver of Girls), a young wannabe documentary director, and his wife, Darby (Amanda Seyfried of Big Love and Mamma Mia!), who makes artisanal ice cream, with flavors such as avocado. They live in a parody of a Brooklyn hipster apartment, where everything is retro to the nth degree: they play actual vinyl records, watch videos on a VCR and type on an ancient electric typewriter.Cornelia and Josh are drawn to them and make themselves a bit ridiculous trying to keep up with them. But Jamie has a kind of ambition and ruthlessness that Josh can’t understand or even see.People like Jamie have no conscience, partly because all the conventional, moral ways of succeeding no longer exist, thanks to the decimated economy. Jamie gets Josh to help with his movie, about a visit to an old schoolmate, now a suicidal veteran of the Afghanistan War, who supposedly contacts him randomly on Facebook. In fact, everything about their meeting is engineered by Jamie.For a while, the movie becomes a debate on documentary ethics, in which we all want to be on the side of the angels with Josh, but will find ourselves much more entertained by Jamie’s movie, if we’re honest. The debate dilutes the drama.But when Baumbach turns his focus back on the characters, the film becomes a touching and on target meditation on that inevitable moment in everyone’s life when they truly grasp that the possibilities are not limitless anymore.This is Baumbach’s best film since The Squid and the Whale, a 2005 coming-of-age drama set in literary New York in the 1980s. His 2013 film Frances Ha was about a 20something woman trying and failing to achieve her dreams in New York but played more like an episode of Girls than a movie. Here, with his amazing cast — all the supporting players are wonderful, and Dree Hemingway, Mariel’s daughter has a small role — he is able to go a little deeper, even if he flirts with stereotypes that are easy targets at times.Stiller and Watts give their best performances in years and give the film its heart. You root for them to stop being silly and find a way to pull themselves out of the hipster morass they are stuck in, and you are fully engaged in their struggle.