Spielberg, ‘Star Wars,’ Tarantino and more coming soon to a theater near you 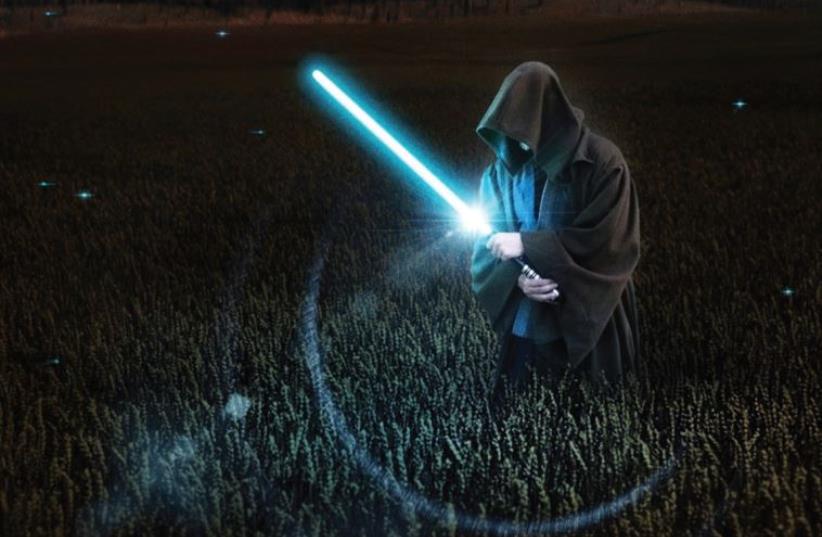 ‘Star Wars, episode VII, The Force Awakens’
(photo credit: PR)
Advertisement
In the fall and the winter holiday season, Hollywood releases the movies that are most likely to get Oscar nominations, as well as some of the big blockbusters. The latest James Bond pic, Spectre, and the latest Steve Jobs biopic, Danny Boyle’s Steve Jobs, with a script by Aaron Sorkin, just opened, to mixed reviews.But there are a dozen or so highprofile releases still to come. The most anticipated, at least for those who have been waiting for the Force for the past decade, is Star Wars, Episode VII, The Force Awakens, which opens December 17 here, just three days after its US premiere. Directed by J.J. Abrams (who created the television series Lost and Alias and directed the last Star Trek movie), it brings back the original cast, among them Harrison Ford, Carrie Fisher and Mark Hamill, but it also includes newcomers Adam Driver, Oscar Isaac and Daisy Ridley.The new Steven Spielberg movie starring Tom Hanks, Bridge of Spies, is opening on November 26. Hanks plays an American lawyer who defends an accused spy during the 1950s and ends up brokering a spy exchange deal between the US and East Germany.One of the big winners at this year’s Tribeca Film Festival, Dagur Kari’s Virgin Mountain, is opening here on November 26. Set in Iceland, it tells the story of a man in his 40s who still lives with his mother but whose life changes when he takes a line dancing class.Several movies that are opening in the US in late 2015 won’t be coming to Israel until early 2016.Quentin Tarantino’s latest movie, The Hateful Eight, is in the tradition of the big Hollywood Westerns he grew up on. Set in Wyoming following the Civil War, it tells the story of bounty hunters who get involved in a complex plot. It stars several of the actors who have had key roles in his previous films: Samuel L. Jackson and Tim Roth, as well as Bruce Dern and Kurt Russell.Carol, directed by Todd Haynes (who made the Bob Dylan quasi-biopic I’m Not There, as well as Far from Heaven), is an adaptation of a Patricia Highsmith novel, the original title of which was The Price of Salt, about a lesbian love affair in the 1950s. Highsmith wrote the novel Strangers on a Train, upon which Hitchcock based his classic film, as well as the series of Ripley novels. Cate Blanchett plays the title role, a seductive married woman who falls for a young department store clerk, portrayed by Rooney Mara.Mara won the Best Actress Award at the Cannes Film Festival for her performance in this critically acclaimed drama.Also coming up early in 2016 and also set in the 1950s is the Coen brothers’ newest film, Hail, Caesar! It stars George Clooney as a pompous movie star who gets kidnapped by a group of Communists.Josh Brolin plays the studio fixer who is tasked with finding him. Based on the trailer, it looks like their funniest film in years.The movie I am looking forward to the most, based on reviews and recommendations from friends, is Spotlight, the fact-based drama about reporters at the Boston Globe who cover the pedophile priest scandal. Directed by Tom McCarthy, who made the indie dramas The Station Agent and The Visitor, it stars Mark Ruffalo, Rachel McAdams, John Slattery, Michael Keaton and Liev Schreiber in a movie that looks beyond the many individual allegations of abuse to focus on the systemic coverup by the church. Many are already predicting it will win big at the Oscars. Unfortunately, it does not yet have a release date in Israel, but let’s hope that changes soon.Several Israeli movies will be opening commercially. Elad Keidan’s Afterthought, about two men’s journey through Haifa, is opening on December 10. It took top honors at the Haifa International Film Festival and was shown at Cannes.Nitzan Giladi’s Wedding Doll, about a mentally disabled young woman, is opening on December 24. It received good reviews at the Toronto International Film Festival last month, and Moran Rosenblatt, its young star, won the Ophir Award for Best Actress.