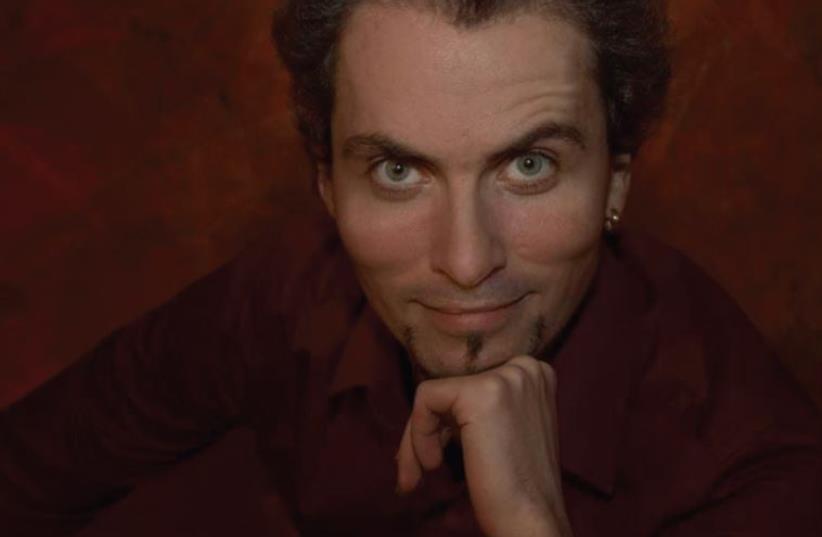 Mark Kovnatskiy
(photo credit: PR)
Advertisement
The International Master Classes in Safed begin right after the closing of Safed’s Klezmer Festival, from August 23 to 27. The widely acclaimed violinist and music life organizer Mark Kovnatskiy is among the course teachers.Born in Moscow, Kovnatskiy studied classical violin at the Vocational Music School of the famed Moscow Conservatory and was later accepted to the High Music School named after Maimonides.“Quite soon I realized that there was nothing new that I could contribute to the world of classical music. And I was not interested in repeating what thousands of other classical musicians do. At the time when I started considering my music future, I came across klezmer music recordings in which such prominent musicians as Itzhak Perlman performed. For me, klezmer music was part of my Jewish heritage, although for someone who grew up in Moscow, klezmer music was not that of my grandparents but of rather remote generations. My first experience of playing klezmer music was rather amateurish, but I positively got hooked,” he says.Since 2004 Kovnatskiy has made Germany his home, since Germany, as well as the US, is one of the major centers of klezmer music.Nowadays Kovnatskiy is an important personality in the world of klezmer music. He is the leader of the Hamburg Klezmer Band and is a highly acclaimed violinist, composer and expert in Yiddish dances. He is also the artistic director of the international Moscow Yiddish Festival. He has performed and taught at many music festivals around the world, from North America to the former Soviet Union. In addition to his projects such as the European World Music Ensemble, Semer Label Project, Joel Rubin Ensemble, Hamburg Klezmer Band,Queen Esther Klezmer Trio and Fialke, he has performed as a guest musician with Socalled (Canada), Aaron Alexander’s Midrash Mish Mosh (US), Painted Bird (Germany) and Forshpil (Latvia), among others. He teaches Yiddish music and dance internationally. In 2009 he worked as musical director of the Hamburg KlezmerFest. His own klezmer compositions are played by many different groups around the world.Speaking about klezmer music, Kovnatskiy warns of fakes. “For some listeners, klezmer is nothing but nice and merry Jewish dance music, but this is a very superficial approach. You can’t understand and perform this music without seeing it as an integral part of yiddishkeit. You have to realize that this music was born in the southern provinces of Russia, where Jews were doomed to live in utter poverty. Granted, klezmer is basically the music of the Jewish wedding, but this music was not always joyous, just as their life was not a never-ending feast,” he says.