Menahem Wiesenberg’s ‘La Folia’ is part of a concert by the Rishon Lezion Symphony. 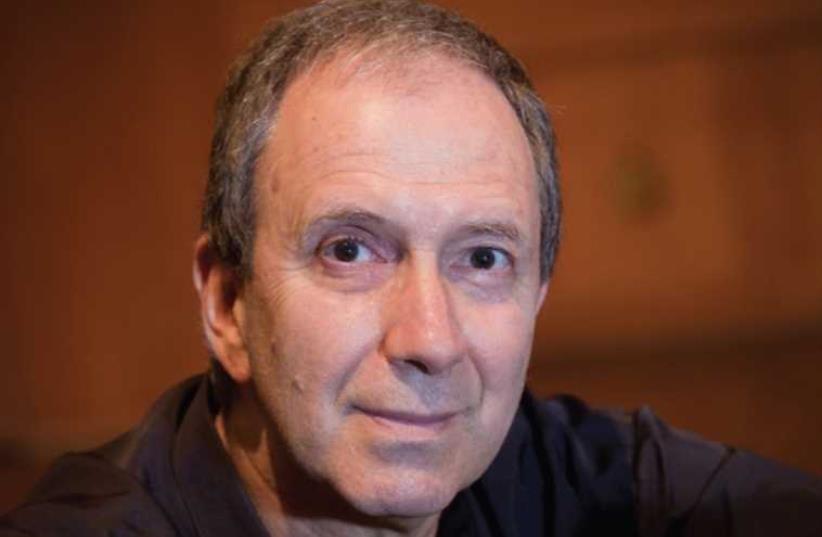 Menahem Wiesenberg
(photo credit: PR)
Advertisement
In its eighth concert series under the baton of newly appointed artistic director James Judd, the Rishon Lezion Symphony will perform Tchaikovsky’s Violin Concerto; Schumann’s Symphony No. 2; and Concerto da Camera La Folia for four woodwinds and a string ensemble by Israeli composer Menahem Wiesenberg. Amaury Coyetaux, a successful young French violinist, will make his Israeli debut playing solo in the demanding Tchaikovsky concerto.Speaking about Schumann’s Symphony No. 2, the orchestra CEO (and pianist) Ariel Cohen says, “Strangely enough, this beautiful symphony has somehow been neglected by our orchestra, which is a pity. Difficult to perform, it is easily perceived, and I am sure our audience will enjoy it.”But it is Wiesenberg’s La Folia that is an intriguing highlight of the concert.Commissioned by the Israeli Camerata Jerusalem, it was composed in the early 2000s during the composer’s stay in a quiet place in Wisconsin.“La Folia is a dance form,” says Weisenberg. “At first it was intended for my choreographer wife to use, but then other factors came into the picture. La folia means “madness” in Italian. Centuries ago, people used to dance to this sort of music like mad.But my composing the piece coincided with the outbreak of the second intifada. I almost never write music on existing forms, things like theme and variation, but my La Folia (and before me, dozens if not hundreds of La Folias were written by many composers) was clearly written as a response to that of Corelli. Its fourth movement is called ‘Lamento,’ which means ‘lamentation.’ At that time, the negotiations between Yasser Arafat and prime minister Ehud Barak failed, and the latter freed terrorists. I felt that something bad was going to happen to us, I just didn’t know the extent of this evil. So this Folia is also a madness that took possession of the world. But again, that was only one of many triggers that caused me to write this piece,” he says.Asked how it feels to be a composer in Israel as compared to, say, the US or Europe, Wiesenberg, a first-generation Israeli born to Holocaust survivors, says that being a composer who writes art music is not an easy thing anywhere in the world.“But while in America powerful commercial forces are involved in the world of music, and in Europe there is probably still an aura surrounding a classical composer, here in Israel it is simply not important. I feel neither opposition nor support. It’s like ‘Israeli classical music exists – it’s OK, it doesn’t bother us’; there’s a ‘let it be’ kind of attitude,” he says.So what is it that keeps him in this country? “By training, I am first and foremost a concert pianist, both jazz and classical, and I am active in the field of performing. As such, I could have lived abroad. But I see myself as a Jewish Israeli composer, and this facet is an important part of my identity. I am a Jewish composer, since many influences of the Jewish musical culture, including liturgy, are present in my music. I am Israeli because I am open to the entire sound ocean that surrounds us and the music of non-Jews who also inhabit this land. As a performing artist I could have lived abroad, but it would not be the true me. For me as a composer who aspires to express in music the fabric of Israeli life, living in Israel is essential,” he asserts.The Rishon Lezion Symphony will perform on May 24 and 28 at Heichal Hatarbut in Rishon Lezion; May 25 at TAPAC in Tel Aviv; and May 27 at Beit Ha’am in Rehovot. For tickets, call (03) 948-4840.