Eno: "Your dance company might not be able to formally distance itself from the Israeli government but I can and will." 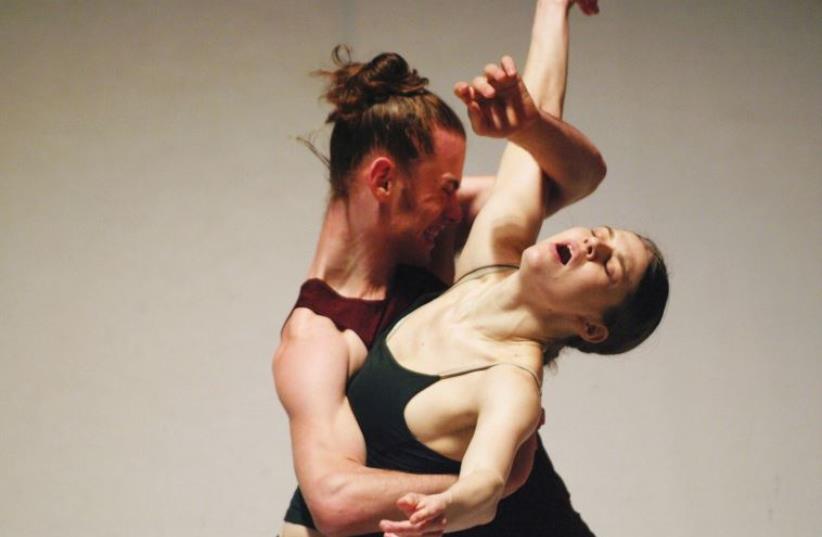 OHAD NAHARIN and Batsheva Dance Company’s ‘Three.’
(photo credit: GADI DAGON)
Advertisement
British ambient composer Brian Eno will not allow Israeli dance company Batsheva to use his music in their upcoming performance due to his affiliation with the Boycott, Divestment and Sanctions (BDS) movement.According to The Guardian, Batsheva was planning to use his piece "Neroli" in a series of performances Tuesday in Italy that are sponsored by the Israeli embassy in a piece entitled "Humus." This particular piece is a prominent one in Batsheva's repertoire. “It has recently come to my attention that you have been using a piece of my music in a work called Humus,” Eno wrote in a letter to Batsheva.“I was not aware of this use until last week, and, though in one way I’m flattered that you chose my music for your work, I’m afraid it creates a serious conflict for me.“To my understanding," Eno continued, "the Israeli embassy (and therefore the Israeli government) will be sponsoring the upcoming performances, and, given that I’ve been supporting the BDS campaign for several years now, this is an unacceptable prospect for me.“It’s often said by opponents of BDS that art shouldn’t be used as a political weapon. However, since the Israeli government has made it quite clear that it uses art in exactly that way – to promote ‘Brand Israel’ and to draw attention away from the occupation of Palestinian land – I consider that my decision to deny permission is a way of taking this particular weapon out of their hands.“I am trying to understand the difficulties that must face any Israeli artist now – and in particular ones like yourselves who have shown some sympathy to the Palestinian cause."He added, "I feel that your government exploits artists like you, playing on your natural desire to keep working – even if it does mean becoming part of a propaganda strategy. Your dance company might not be able to formally distance itself from the Israeli government but I can and will: I don’t want my music to be licensed for any event sponsored by the Israeli embassy.”Batsheva is one of Israel's most prominent and lauded artistic organizations.The Guardian noted that Eno is among the 1,700 artists who signed the Artists' Pledge for Palestine, which promises to refuse funding or cultural contacts from the Israeli government.