Natalie Portman: My 'Hebrew is good,' but could be better

Israeli-born actress discusses the challenges of directing, acting in new film based on Amos Oz novel. 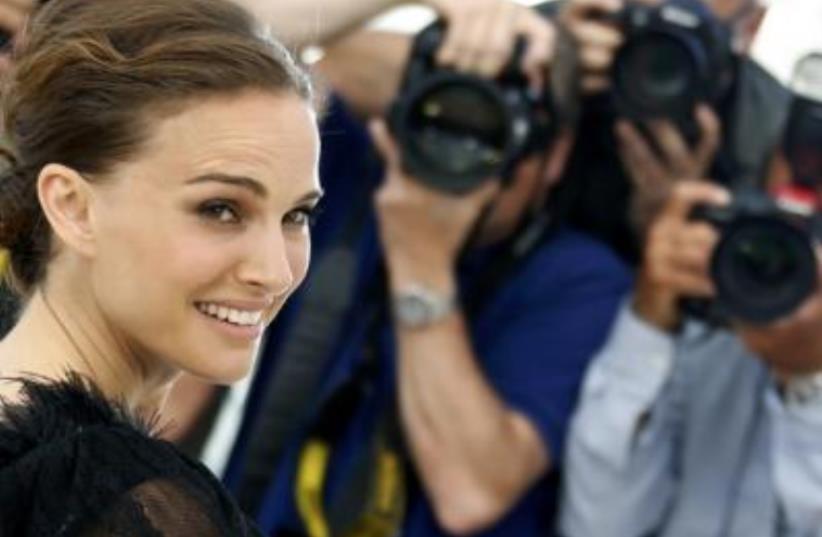 Natalie Portman Cannes Film Festival
(photo credit: REUTERS)
Advertisement
While making the rounds speaking to the press at the Cannes Film Festival on Sunday, Natalie Portman spoke to The Los Angeles Times about her directorial debut in her film "A Tale of Love and Darkness."  The film is based on the novel of the same name that recounts the early life of celebrated Israeli author Amos Oz.Portman, who also wrote and stars in the movie, spoke about the challenges she faced while giving an emotional Hebrew-language performance and how the backdrop of 1940's Israel played a vital part in articulating the conflicts the film's main characters face.
Natalie Portman opens up about her debut feature film
"The relationship to Israel, conflicted and complicated and always changing, founded in mythology and dreams," she says. "All Jews have the Holocaust on our backs as this dominant part of our cultural story that is a heavy thing. The pressures of being a woman, of being a mother. The dual pull of being an immigrant, idealizing where you're going and once you get there, idealizing where you left. All of that I relate to," she told the newspaper. Portman, though born in Israel, also spoke about the difficulties she faced giving her performance in Hebrew which required her to reach a higher level of proficiency. "My Hebrew is good, but I make a lot of mistakes, so I worked with a language coach for the entire pre-production," she said. "And though an accent is fine for the character, who is an immigrant to Israel, my American accent had to be worked on as well."I had to work so much on the language, I knew every line in the script like the back of my hand. I've never known a part so fluently ahead of time."Which turned out to be necessary, because with acting and directing, I didn't have time during the shoot to go home and learn my lines. What sounded like a bigger challenge made it easier," she added.Author Oz has seen Portman's film, and though he is not in Cannes ("He said it would be too emotional, too uncomfortable for him") he has been publicly supportive of her work. "He was so generous and warm," Portman says. A film of beautiful melancholy set in Jerusalem in the mid-1940s, just before and after the establishment of Israel, "A Tale of Love and Darkness" focuses on the childhood of young Amos (newcomer Amir Tessler), a period overwhelmed by the fragile mental state of his mother, Fania, The Times summarized.Later this year, Portman is also slated to star in biopics based on the lives of two female titans of American history, Jewish Supreme Court Justice Ruth Bader Ginsberg and former first lady Jackie Kennedy.