Prof. Stern sat down with The Post to discuss the institution’s unique history, the Jerusalem art scene, and the plans to develop the new campus in the heart of Israel’s capital. 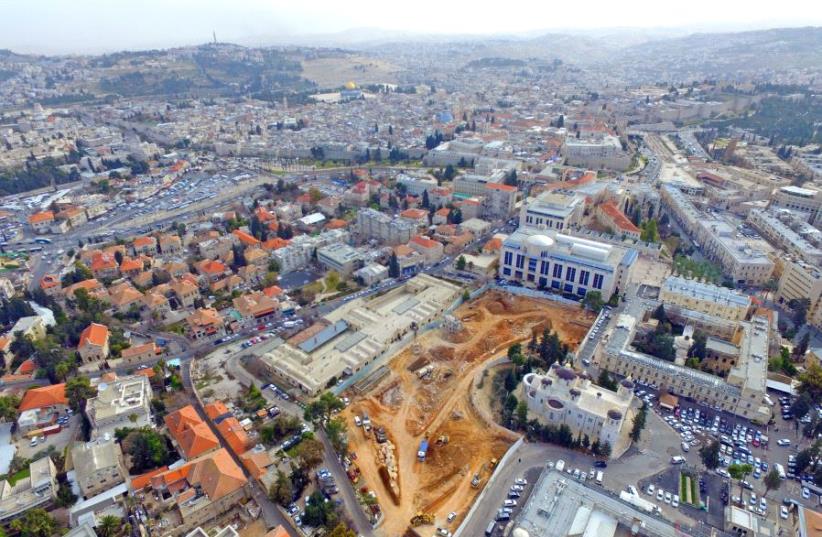 Bezalel Academy of Arts and Design excavations
(photo credit: BEZALEL ACADEMY OF ARTS AND DESIGN)
Advertisement
Nestled in the heart of Jerusalem – between municipal building and an old Russian church, and a stone’s throw from the Old City – is a construction site slated to become the state-of-the-art campus of the Bezalel Academy of Arts and Design.“To take a school with its history and its worldwide reputation and to put it in the heart of the city that will also be open to the community is to inject a capsule of art,” Prof. Adi Stern, president of Bezalel, told The Jerusalem Post as he discussed the institution’s unique history, the Jerusalem art scene and the plans to develop the new campus in the heart of the capital.“Bezalel is the oldest institution in Israel – before even the Technion[-Israel Institute of Technology] and the Hebrew University,” he said.“This is an unusual thing for Israel – it has a deep history and legacy that is unique and rare.”Bezalel was established in 1906 by Prof. Boris Schatz, one of the founders of the Royal Academy of Art in Sofia, Bulgaria, though Bezalel only became an official higher education institution in 1975.“It began as a Zionist enterprise and it is the place where Israeli art was born,” Stern said. Bezalel Academy of Arts and Design new campus design (BEZALEL ACADEMY OF ARTS AND DESIGN) The institution is 111 years old and today sits temporarily atop Mount Scopus. It has some 2,100 students in eight undergraduate and five graduate programs, all in the arts and design, ranging from architecture to ceramic and glass design to fashion, animation, and photography.Stern said the institution now aims to reflect an agenda encompassing its history, which is “of importance for Jewish culture,” all while expanding into new territory.“On the one hand we want to develop the old traditions, such as ceramic and glass, and maintain these old techniques, especially in a world that it moving towards virtual reality,” he said. “On the other hand we have to be at the cutting edge of technology and develop the connection between art, design and technology.”He added that Bezalel has the “responsibility of developing Israeli art and culture based on our history and as a modern public institution.”The new campus aims to do just that – offer a synergy between the old and new as well as between the institution and the city of Jerusalem.“The idea is to create a place that will connect between the different people and different cultures of Jerusalem,” Stern said.The new campus will be named the Jack, Joseph and Morton Mandel Bezalel Campus and is slated to open in 2021. It was made possible due in part to a $25 million donation from US philanthropist Morton Mandel. 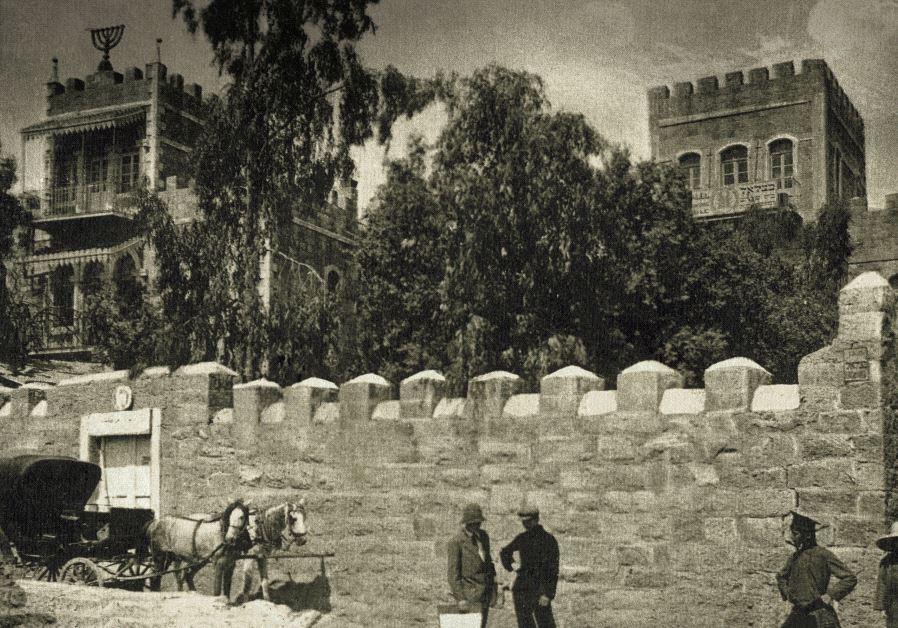 Bezalel Academy of Arts and Design old campus (BEZALEL ACADEMY OF ARTS AND DESIGN) The innovative site was designed by the world renowned Sejima and Nishizawa and Assoc. Architects from Japan and will feature a modern glass exterior fused with old Jerusalem stone.The building’s roof will have grassy areas offering panoramic views of the city.“The architecture of the building is glass so that people from the community can peek inside, and in the entrance there will be a gallery open to the public holding professional and student exhibitions,” Stern said.“We want to invite people in and develop a connection between the Jerusalem community and the student community.”Stern said he believes Jerusalem is in the process of undergoing an “awakening of art” and sees Bezalel as the “central anchor.”“Today the world is global and I insist on the importance of creating [art] in Jerusalem,” he said. “A student studying at Bezalel during class will hear church bells ringing and the muezzin and looks out the window and sees the desert on one side and the Old City on the other.”Stern said that the students’ environment must influence their art – the sounds, smells, surroundings and even the local politics.“The top Israeli artists have some connection to Israel or to the history – I think this is very fundamental,” he said.The academy’s graduates have exhibitions at top museums in the world, including Museum of Modern Art in New York, the Louvre in Paris, the Victoria and Albert Museum in London and the institution has an active collaboration with some 200 art schools worldwide.“There are very few countries that can take such pride in its alumni accomplishments,” Stern said.