Nimrod Lookout – A memorial with a view

The memorial commemorates Nimrod Segev and his tank crew, who were killed along with him: Gilad Shtukelman, Nir Cohen and Noam Goldman. 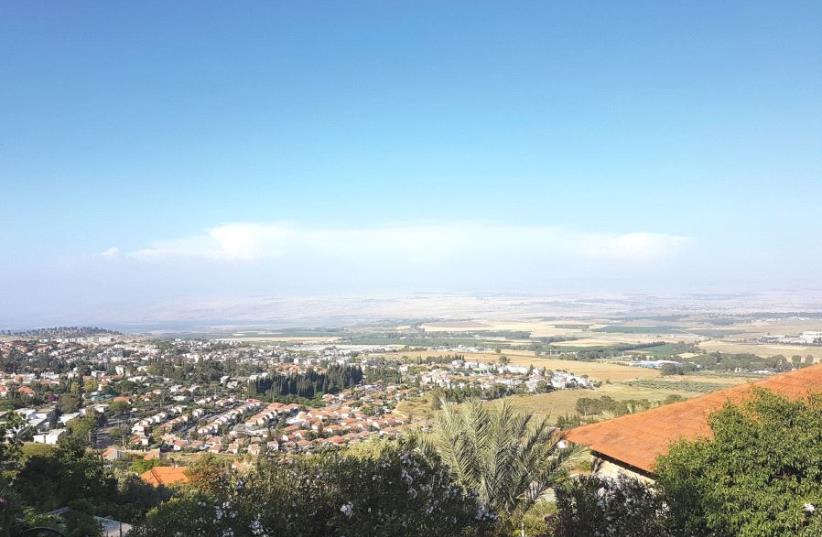 THE VIEW FROM the lookout.
(photo credit: TALY SHARON)
Advertisement
At an elevation of 500 meters on a beautiful hill overlooking the Hula Valley, the Golan Heights and the Upper Galilee Mountains, stands the unique memorial for Nimrod Segev – Nimrod Lookout (“Mitzpe Nimrod”).The memorial is an observation terrace surrounded by a Mediterranean garden with wooden benches facing the valley scenery. If not for the memorial plaques, one would think that it is just another tourist attraction made for visitors who come to view the scenery. However, there is a sad story behind this tranquil place – the story of Nimrod Segev who was killed in the Second Lebanon war.If you hang around Nimrod Lookout long enough, there’s a good chance you’ll meet Hezi Segev, Nimrod’s father, who founded this memorial from donations. Hezi told us the story of Nimrod, a soldier who fought in the Second Lebanon War. We could almost see his heart bleed as he described it.“Nimrod told me before he went to the war that he would die in his tank, and we would have a funeral with an empty coffin and this is exactly what happened,” he says.“When the army officials came knocking on our door to tell us, I tried to flee to the kitchen, where I collapsed, hoping that if they could not tell me, then it did not really happen.”Nimrod was 28 years old when he died, leaving a wife and a son. Hezi wanted to commemorate Nimrod by making Nimrod’s favorite place, where he used to come with his wife and son, and the views from there, accessible to the public. It took him four years to raise the funds and build the memorial, which is now freely open to the public.The memorial commemorates Nimrod Segev and his tank crew, who were killed along with him: Gilad Shtukelman, Nir Cohen and Noam Goldman. It includes four plaques, one for each of the warriors, an observation terrace with a freely available pair of binoculars, a map of the view with guides to the different areas (Korasim Heights, Hula Valley, Golan Heights, Mount Hermon and Mount Canaan) and a nearby garden of typical Israeli trees and herbs. An audio guide, available in Hebrew and English, tells the story of the surroundings and of Nimrod Segev.In the garden, a number of wooden benches, situated under an olive tree and overlooking the view are available for those who want to relax and enjoy the view of the land that Nimrod loved so much in his youth. Above the benches, a huge three-meter wind chime makes gentle sounds, changing with the wind’s direction and speed, which makes this an especially tranquil place to spend some time, appreciate the view and read a book. Mitzpe Nimrod is a place that is a living reminder of those who gave their lives for this country.The Nimrod Lookout is located above the National Restoration site of Rosh Pina and is freely open 24/7. To get there, go all the way up Ha-Khalutsim Street in Rosh Pina.Address: 1 Ha-Khalutsim St., Rosh Pina Facebook: www.facebook.com/Nimrod.Lookout/ Google Maps: Nimrod Observation Point