Costner, 61, said he had visited Israel once before, approximately four decades ago. 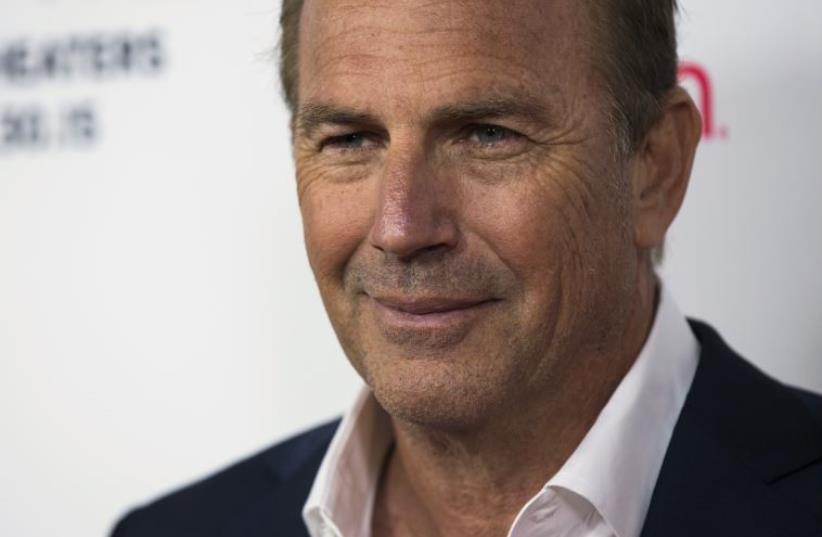 Kevin Costner
(photo credit: REUTERS)
Advertisement
At the Israel premiere of a film starring Kevin Costner, the Hollywood actor said he does not care whether anti-Israel activists, including Roger Waters, disapprove of his visit to the Jewish state.
“I don’t ask anyone’s permission to travel,” Costner said in an interview Tuesday a press conference earlier this week at the Cinema City multiplex near the Tel Aviv suburb of Herzliya. Asked by a reporter whether Roger Waters, a British musician known for his role as  former Pink Floyd frontman and for promoting boycotts on Israel, Costner said: “Who? I haven’t heard of it,” adding: “ I’ve received lots of love here. I wouldn’t have missed that.”
Costner, who in 1991 won two Academy Awards for directing and acting in the box-office hit “Dances with Wolves,” was in Israel for a screening of the upcoming action film “Criminal,” in which he stars alongside Ryan Reynolds, Gary Oldman and Israeli actress Gal Gadot.
But he told reporter at the cinema Tuesday that he came to support the film’s Israeli director, Ariel Vromen. “This is his country, his parents are here, and I’m very proud of him. He’s a young man who is truly doing well,” Costner said. Speaking of Gadot, Costner said she was “lovely” to work with and “a wonderful partner.”
He also said that he met Gadot for the first time ahead of a scene in which his character assaulted hers in a bedroom. “I shook her hand, said: ‘Hi, Gal, I’m Kevin, and we immediately started acting out the scene.”
“Criminal” tells the story of Jericho Stewart (Costner), a death-row inmate working to complete a deceased CIA agent’s last mission to save many lives. In addition to having an Israeli director and a co-star, the film has an Israeli producer: Avi Lerner.
Costner, 61, said he had visited Israel once before, approximately four decades ago.