Opera review: The Marriage of Figaro

In the title role, Yair Polishook emerged as a singer of stature and as a forceful, impressive stage personality. 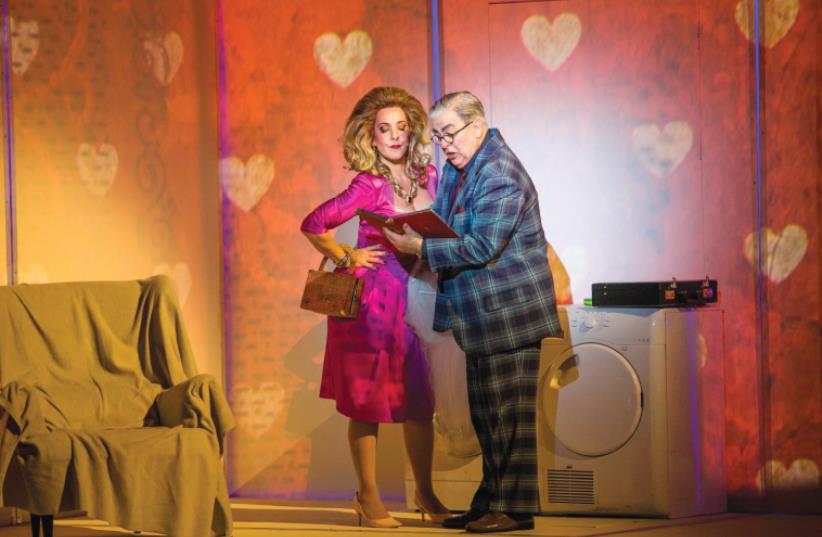 ISRAELI OPERA’S performance of Mozart’s ‘Marriage of Figaro’ at Acre Fortess.
(photo credit: NIR KAFRI)
Advertisement
Mozart’s Marriage of Figaro was celebrated not at the Opera House, but in the courtyard of Acre’s medieval fortress.After Masada, this location continued the Israeli Opera’s current obsessive trend of performing at monumental historical sites. The grandiose edifice did not dwarf the performance, though, simply thanks to the night’s darkness that mercifully hid it from view.Itai Tiran’s direction and Tal Shaham’s sets were a veritable stroke of genius. Abstract modular elements that could be shifted around according to need served as triggers, suggestively leaving much to the imagination. However, shadows projected on the backstage screen were effective mainly to divert the audience’s attention from the main action.This production was remarkable particularly for its cast that consisted entirely of Israeli singers. It is immensely encouraging that a demanding, intricate work such as Figaro can be performed by local artists on the highest possible level. They deserve to be given major roles at Opera House productions, not only at provincial out-of-the-way locations.In the title role, Yair Polishook emerged as a singer of stature and as a forceful, impressive stage personality.His rich baritone conveyed all the expressions from sardonic humor to intense emotion. His Jealousy Aria was one of the performance’s highlights. As Susanna, Hilla Baggio was intent on displaying her enchanting, lovely soprano.She did so, however, somewhat too heavily, taking this coquettish, lighthearted character more seriously than Susanna does herself. Her slapping of Figaro’s face (twice!) and the following “pace pace” (“peace, peace”) were entirely convincing.In the role of the Count, Oded Reich sounded appropriately authoritative and arrogant, but rather too blunt, missing the hint of dignity that this nasty character has, after all, on account of his elevated social rank. Alla Vasilevitsky’s radiant soprano personified a profoundly despairing, disappointed Contessa. On her high notes, though, she lacked the caressing softness of this gentle person. Naama Goldmann’s bright soprano was a cute Cherubino, though sounding too adult, without the child-like boyish innocence of this young man.The orchestral part was provided by the Israel Camerata Jerusalem.Conducted by Daniel Cohen, it sounded uncommonly accurate, polished and transparent, sensitively adjusting to subtle tempo changes of the singers.Despite massive advertising campaigns targeting potential tourists, and despite a commonplace greeting address by the tourism minister, the program notes were a Hebrew-only affair.Apologies are therefore due to the artists for possible misspellings