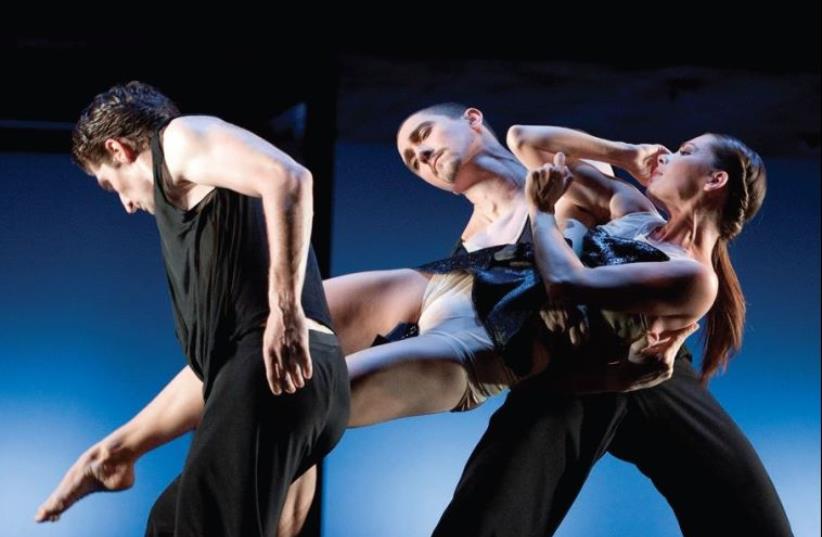 The Düsseldorf Ballet
(photo credit: PR)
Advertisement
1. FILMS COLD CASE Mr. Holmes is a British-American crime drama. It depicts Sherlock Holmes as an aged, long-retired detective. Remembering an unsolved murder that involved a beautiful young woman, he decides to embark on his last mystery and solve the case once and for all. With Ian McKellen, Laura Linney.2. MUSIC PIPE ORGAN GLORY The Holy Land Organ Festival is an international music event produced by the Latin Catholic Church Custody of the Holy Land, which allows the public to enjoy the beauty of its pipe organs. The festival will host organists from the US, Croatia, Italy and Romania, who will perform on the oldest pipe organs in Israel.The performances will take place from October 15 to 29 in Tel Aviv-Jaffa, Nazareth and Jerusalem. For information and tickets: (02) 626-6771; www.tsorganfestival.org.

3. REMEMBERING SHIRA The Jerusalem Symphony Orchestra dedicates its first concert of the season to the memory of Shira Banki, who was murdered during the Gay Pride Parade in Jerusalem in August. On the program: Mahler’s Symphony No. 3. With conductor Frédéric Chaslin, mezzo-soprano Małgorzata Panko, the Kibbutz Artzi Choir, The Ma’ayan Choir and the Ankor Children’s Choir.Today (Thursday) at 8 p.m. at the Jerusalem Theater. For tickets: 1-700- 704-000; www.jerusalem-theatre.co.il.

4. ART INFLUENTIAL ARTIST The exhibition “Beuys, Beuys, Beuys” traces the impact of German artist Joseph Beuys (1921-1986) on Israeli artists from the end of the 1960s, as reflected in visual and material art, alongside creative development and social and political activity.The exhibition is divided into seven exhibitions in various venues across the country, such as the Benyamini Ceramic Center.Exhibition opening Thursday at 8:30 p.m.at the Benyamini Contemporary Ceramics Center in Tel Aviv. Until November 14. www.beuys.co.il.5. GOOD AS GOLD The exhibition “The Materials of Time” chronicles 67 years of Israeli jewelry and gold crafting. It comprises some 450 works by Israeli jewelers, including new and contemporary voices. The exhibition demonstrates the involvement of the Eretz Israel Museum in Israel’s cultural history and local identity.Until February 28 at the Eretz Israel Museum in Tel Aviv. Open daily from 10 a.m.to 4 p.m. Thursdays from 10 a.m. to 8 p.m.Fridays from 10 a.m. to 2 p.m. For more information: (03) 641-5244; www.eretzmuseum.org.il.

6. MAGIC MOMENTS The exhibition “Judaea Navalis” by Alma Itzhaky, winner of the Rappaport Prize for a Young Israeli Artist, focuses on the geopolitical expanse via everyday life. Her paintings capture a meaningful moment or a slight variation on the mundane – an intimate encounter at a traffic island, midday prayer at a repair shop or an exhilarating bicycle ride.Exhibition opening Tuesday at 8 p.m. at the Tel Aviv Museum of Art. For more information, call (03) 607-7020.7. MIXED BAG THE CAT WALK The international cat exposition Hatuliada will take place in Tel Aviv. Cats of many different breeds will be presented, including cats with six toes, cats with curly fur, a dog-cat, huge Maine Coon cats, Bengal cats and tailless cats.Saturday at the Alliance High School, 23 Reading Street, Tel Aviv. For more information, call (03) 599-8438.8. DANCE BRAHMS AS BALLET The Düsseldorf Ballet will perform in Israel as part of the 50th anniversary celebrations of relations between Israel and Germany. The company will present Brahms’s A German Requiem in one of choreographer Martin Schlapfer’s most impressive works: an intriguing transformation of music into dance.October 20 to 24 at the Tel Aviv Performing Arts Center: Tuesday through Thursday at 8 p.m. Friday at 1 p.m. Saturday at 9 p.m. For tickets: tickets.israel-opera.co.il; (03) 692-7777.

9. FROM L.A. TO T.A.The Los Angeles dance troupe Bodytraffic presents a program of three current works. Two were created for the group by Israeli choreographers Hofesh Shechter and Barak Marshall. Among the dancers are the founders of the troupe, Lillian Barbeito and Tina Finkelman Berkett.Thursday at 8 p.m. Friday at 1 p.m. Saturday at 9 p.m. at the Tel Aviv Performing Arts Center. For tickets: tickets.israel-opera.co.il; (03) 692-7777.10. UPCOMING MUSIC FOREVERVILLE Legendary band Alphaville will perform in Israel with its original members and singer Marian Gold as part of its winter European tour. The band that sold more than six million records with its No. 1 hit “Forever Young,” as well as “Big in Japan” and “Dance with Me,” will present its 1980s sound of synthpop and new wave.February 6 at the Mann Auditorium in Tel Aviv. For tickets: *9066; www.eventim.co.il.
Advertisement
Subscribe for our daily newsletter