Out and About: Top Ten Things to Do 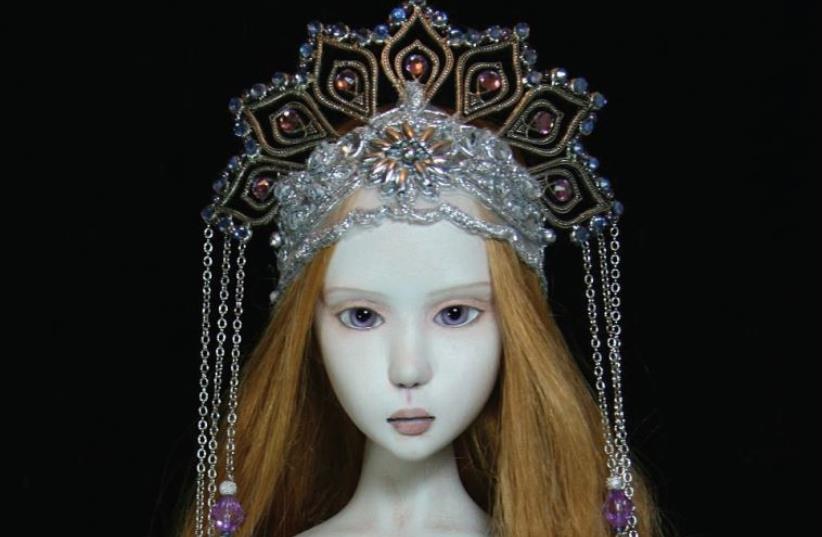 “Dolls Art #2,” exhibition
(photo credit: PR)
Advertisement
1. FILM CRIME DOESN’T PAY.... In Life of Crime , Mickey Dawson is happily married to Frank, a criminal who launders millions without her knowledge. Two other small-time criminals kidnap Mickey in the hopes of getting a million-dollar ransom, only to discover that Frank is totally indifferent toward his wife, as he is in love with his young mistress. With Jennifer Aniston, Tim Robbins.2. DANCE A TALE OF ROMANCE The Israel Ballet presents, for the first time in Israel, the classic ballet Raymonda . The ballet in three acts was originally choreographed by Russian dancer Marius Petipa, with music by Alexander Glazunov. The tale of knights and love intertwined in a fascinating plot has captivated audiences for the past 120 years. Arranged by Mata Morai.Saturday at 9 p.m. at the Herzliya Performing Arts Center. For tickets, call (03) 604-6610. 3 MUSIC RIKI RENEWED Riki Gal performs in Jerusalem, following the release of her latest album, Blue Grapes , produced by Yehuda Poliker. The performance includes songs from her new album, along with all-time classics and hits such as “Mother,” “Rock Girl” and “Hi, Quiet One.” The show is produced and directed by Kobi Oshrat.Thursday (tonight) at 10 p.m. at Zappa, Jerusalem. For tickets, call *9080; www.zappa-club.co.il.4. MUSIC MOZART’S ‘MARRIAGE’ The Israeli Opera opens its 31st season with Mozart’s The Marriage of Figaro , per - formed by the Lithuanian National Opera Theater. The theater, founded in 1920, works closely with major opera houses worldwide. Figaro is one of Mozart’s most successful operas, filled with humor and complex plot lines, while also channeling a strong social statement. With English and Hebrew surtitles.Wednesday at 8 p.m. at the Opera House in Tel Aviv (with more performances through November 15). For tickets, call (03) 692-7777.5. MUSIC MUSIC FROM NEW YORK After the success of her first album, singer- songwriter Maya Isacowitz, who has been living in New for the past two years, has released her new album, All of the Miles . Recorded with producer Yonatan Dagan, it includes the participation of international musicians. Now with two singles out, “Noam” and “My Child,” Isacowitz is touring with a full electric band.Saturday at 10 p.m. at Zappa, Jerusalem. For tickets, call *9080; www.zappa-club.co.il.6. MUSIC SHAKESPEARE’S BAROQUE The Jerusalem Baroque Orchestra, con - 5 October 29, 2015 weekend weekend@jpost.com out & about 2 ducted by David Shemer, performs Henry Purcell’s The Fairy Queen , a work inspired by Shakespeare’s play A Midsummer Night’s Dream . The work’s musical richness will be brought to life by a large group of instrumentalists and singers, artists who specialize in Baroque music. With poet Hila Lahav and actress Yifat Maor.Thursday (tonight) at 8 p.m. at the YMCA in Jerusalem. Saturday at 1 p.m. at the Greek Orthodox Church in Haifa. For tickets, call (02) 671-5888; en.job.co.il7. ART TWO PERSPECTIVES Two solo exhibitions, “The Heroes of Routine” and “The Woman Knight from Rumana,” feature the works of Remie Shen and Maha Abu Hussein, winners of the exhibition stipend at the Alfred Gallery, 2014. Hussein presents mixed-media works, based on collage and materials such as charcoal, watercolors, photography and printing. Shen presents monochromatic monotype prints.Exhibitions open Thursday (tonight) at 8 p.m. at the Alfred Gallery in Tel Aviv. For more information, call (03) 518-3313; www.alfredinstitute.org.8. ART THE BOURROULLEC BROTHERS The exhibition “17 Screens” opens with a lecture in English by French designers Ronan and Erwan Bourroullec. “17 Screens” combines traditional crafts with advanced technologies. The Bourroullec brothers translated aquarelle drawings into a set of interrelated units made of glass, aluminum, ceramics and textile mesh, resulting in changing ambient conditions for each work.Exhibition opens Friday at noon (with lecture at 2 p.m.) through March 26, 2016, at the Tel Aviv Museum of Art. For more informa - tion, call (03) 607-7020; www.bouroullec.com; www.tamuseum.org.il.9. CHILDREN FANTASY DOLLS The exhibition “Dolls Art #2,” dedicated to doll sculpture in contemporary art, will be held in Jaffa for the second year running. The exhibition displays works by more than 20 artists from Israel and abroad. Inspired by foreign cultures, literary classics, Gothic inspirations, Greek mythology, dreams and fantasies, the works create a unique connection between the worlds of childhood and adulthood.Thursdays and Saturdays from 10 a.m. to 6 p.m. Fridays from 10 a.m. to 2 p.m. at the Old Jaffa Museum. For more information, call (03) 681-3624; www.jaffamuseum.com.10. UPCOMING MUSIC LIVELY FESTIVAL AT THE DEAD SEA The international -424 Dead Sea Rave festival is back for its third year. From sunset to sunrise, featuring topnotch sound systems, lights and pyrotechnics and some of the biggest names in electronic music such as Zedd and Skrillex, the festival has established itself as a major event for electronic dance music fans, who flock to it by the tens of thousands.November 5 (Thursday night into Friday morning) at the Dead Sea. For tickets and more information, visit www.minus424.com