The Palestinian Campaign for the Academic and Cultural Boycott of Israel created an online petition urging Bon Jovi to "reconsider his upcoming concert in apartheid Israel." 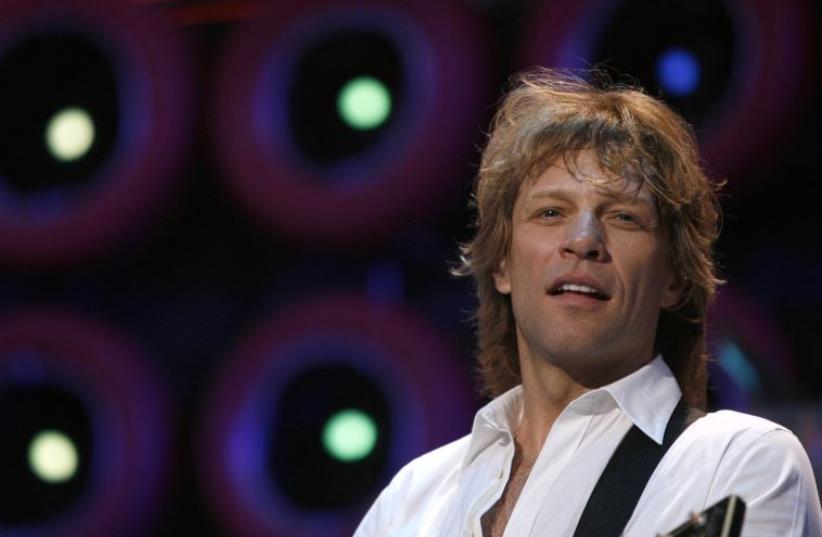 Jon Bon Jovi
(photo credit: REUTERS)
Advertisement
A Palestinian group has created an online petition urging Bon Jovi to "reconsider his upcoming concert in apartheid Israel," which is scheduled for October 3rd in Tel Aviv. The Palestinian Campaign for the Academic and Cultural Boycott of Israel created the petition through the website change.org, claiming that Bon Jovi's concert "is already being used to divert attention from Israel’s human rights abuses and war crimes."The petition, which was put online earlier this week, already has 1,000 signatures. This is not the first time a Palestinian organization has called on international artists to boycott Israel. In May, American hip-hop vocalist Lauryn Hill canceled her scheduled concert in Rishon Lezion after BDS members used social media to convince Hill not to play. They created an online petition, a #KillingMeSoftly hashtag, a meme depicting an image of Lauryn Hill with the words “Hey Lauren You’re #KillingMeSoftly,” as well as a video of pro-Palestinian activists singing their version of the hit song.In recent years, musicians such as Sinead O’Connor, Talib Kweli and, more recently, Sonic Youth’s Thurston Moore have come under pressure from pro-Palestinian organizations to boycott Israel.Earlier this year, Some 700 British artists pledged to boycott Israel in an initiative called Artists for Palestine. The artists, who include Roger Waters, Brian Eno, Mike Leigh, Ken Loach, Richard Ashcroft, and others, pledged that they “will not engage in business-as-usual cultural relations with Israel.”Bon Jovi has not responded to the petition, and the concert is still set to take place as expected.Lior Phillips contributed to this report.