English singer-songwriter Michael Chapman returns to Israel this week to perform with close friend and legend in his own right Ehud Banai. 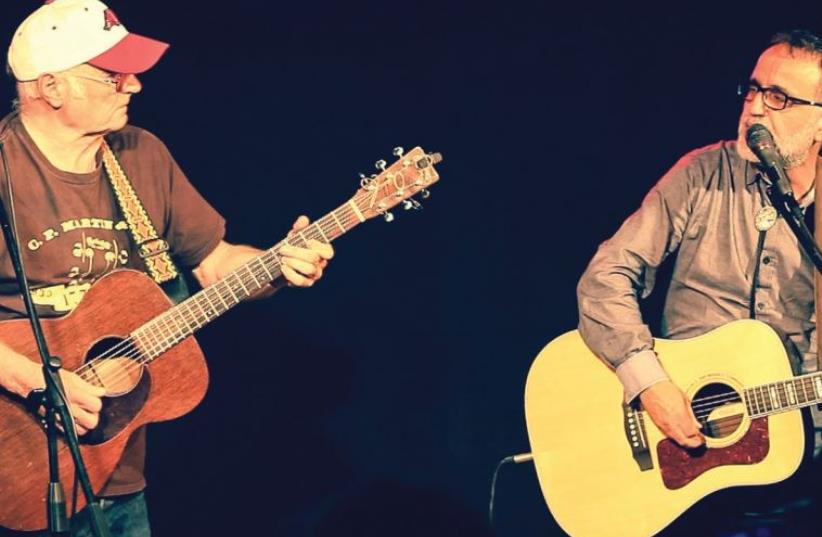 Michael Chapman.
(photo credit: LIRON SHNAIDER)
Advertisement
English singer-songwriter Michael Chapman is nothing if not prolific. In his over 50-year career he has put out upwards of 30 albums. Chapman is a true musician; his poetic lyrics and effortless guitar playing defy genres. Chapman, together with iconic Israeli singer Ehud Banai will be performing six shows in Israel: November 5 in Mitzpe Ramon, a soldout show on the 9th at the Zone in Tel Aviv, the 10th at Elma in Zichron Ya’akov, the 11th in Metula, the 12th in Rosh Pina and finally on the 14th again at the Zone.Chapman took a moment to chat to The Jerusalem Post about how he became a musician, his love of books and his close friendship with Banai.

Can you talk about your background? I’m from Leeds in Northern England; from an area where nobody wants to come from, but I do and I’m quite proud of it. There wasn’t much expected of me growing up. I’m probably the only one out of my primary school who went further and managed to get a university degree. From where I come from, that’s pretty rare. I wanted education. I went to school on the first day when I was four and all the other kids went to play in the sand pit, and I went straight to the room with books in it. That’s where I wanted to be, I wasn’t bothered with sand pies. I’m still the same; I can’t pass book shelves without stopping. It used to be the same with record shops, but now they’ve died.

When did you realize that you were a musician and there was nothing else that you could do? After I got my degree, I wanted to teach photography and so I got a job teaching at a college in Lancaster for three years. I really tried to do a good job and be a good teacher. The whole time when I was in college, the guitar paid for my degree, since my parents didn’t have any money. So I was always playing semi-pro. When I was teaching, I stopped playing altogether because I wanted to focus on being a good teacher, but I found that it was an impossible situation based on how the place was run. I was also having an affair with one of my students. But really, I was interested in the art of photography, not in the technicalities. I resigned before they sacked me basically.After, I wound up down in Cornwall with no money.I had just enough petrol to get back to where we were living, and it was raining, and I thought, I can’t drive six or seven hours in this weather or I’ll kill myself.So I followed a car with a sticker on the back to a folk club. I told them that I couldn’t afford to come in, but that I had a guitar and could I play for a half an hour.They offered me a job. It was one of those rare things.At the end of the week, I made two pounds more playing guitar than I had being a college teacher. So I thought, okay, I could live with this, and I’ve been a musician ever since.I didn’t think people like me were professional musicians; it never occurred to me that I could write songs.It was all a complete accident. Since then, I’ve had some good years and I’ve had some bad years, but I always just go with the flow.

Your discography is amazing; the breadth of work that you’ve put out. How do you keep yourself inspired? I haven’t written an actual song for about four years, but I’ve written somewhere around 300 songs over the course of my career, and maybe that’s all there was in the tank. With guitar music, I just sit down and start playing. I can do that anytime.At certain points in my life, I’ve taken time out to write, and it doesn’t work; I never write anything.I write my stuff on planes, in the back of cars, on trains, whatever. I’ve never been anywhere near professional about it. The less consideration I give it, the easier it gets. I just finished a kind of improv album for a very avant-garde guitar label in New York that I recorded in four hours. That was great.They basically just do limited editions and vinyl, which is something I admire. I’m still a vinyl freak.Is this your first time playing in Israel? No, I was there last year. I played in “The Tour from Heaven.” Apparently, Ehud Banai taught himself to play the guitar by listening to my records. Last year, I got a call from his people asking if I would come to Israel and play, and Ehud would open the show for me. Ehud plays for thousands of people, and they were wondering why is he opening for somebody we’ve never heard of? Me and Ehud got on like a house on fire. We were instant friends and instantly could play together with no rehearsals. He’s a great man and a great player. We were designed for each other in a way.So this new round of shows is part two of that.Your last album, ‘Polar Bear,’ was released in 2014. What’s in the works now for you? Yeah, the Polar Bear was the third part of trilogy.I’ve just done some work on an album for some guys, who strangely enough, I had never met. They sent me some stuff and asked me to see what I could do.I really liked it. It gave me a chance to go back to my jazz guitar roots.For more information, visit www.ehudbanai.co.il/he/Shows
Advertisement
Subscribe for our daily newsletter