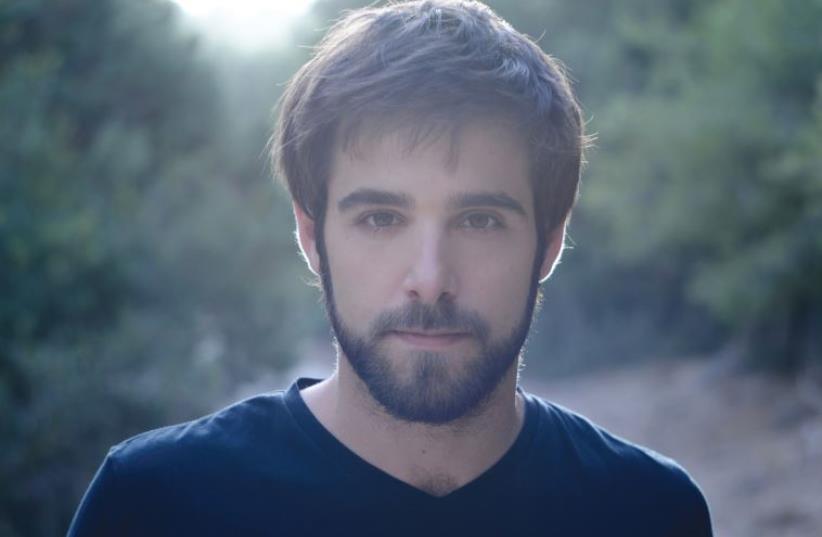 ‘I LIVE my life trying to fulfill myself and the dreams that I have and the goals that I set for myself. That’s the main issue for me,’ says Israeli musician Tal Ramon
(photo credit: GONI RISKIN)
Advertisement
Tal Ramon is genuine in every sense of the word. He speaks and plays from the heart, with integrity and honesty. Son of the late Ilan Ramon, NASA’s first Israeli astronaut who was killed in 2003, and brother of Asaf, who at age 21, was killed in a F-16 training flight crash, Tal is nothing if not resilient. One of his first public appearances as a singer and musician was in 2013 at a Yad Vashem event where he performed a song he wrote in memory of his father. On May 1, Zappa Tel Aviv will host the launch of Tal’s debut album, Dmut.Tal sat down with The Jerusalem Post to discuss the piano as a muse, an inspirational Indian village and pistachio ice cream.How did you become a musician? Ever since I was 12, I played guitar and other instruments. But when I was introduced to my first acoustic piano, I knew it was the right instrument for me to begin the journey with. Most of my songs are with the piano. It started with a few basic, classical compositions. I was learning with a private teacher and from there, I decided I wanted to play and compose my own music. Through working on the songs, it grew to what it is today.Do you have a favorite artist? I try not to leave it at one because I believe there is so much you can learn from every musician. There are so many talented musicians out there. At home, we listened to Queen and The Beatles; I grew up on that kind of music. We also listened to Israeli musicians like Arik Einstein and Shlomo Artzi; basically the classics of Israeli music.From where do you draw your inspiration? It comes from within; from emotions and what you’ve been through. It’s a discussion with your inner self. My muse comes from the piano. All the songs that were written were on the piano first.How did your father’s death impact your life and your music? My music speaks about many things that I have been through. I learned to have great appreciation for doing what I love and expressing it through songs is my way of dealing. My music tells my story, but also leaves room for each person to find themselves in the songs’ meanings.One of your songs is called ‘Kiriganga.’ What does that mean? It’s the name of a village in India that I had the privilege to go to. It’s an amazing place.When I came back home, I found myself missing it and reminiscing. I wrote the songs on the album to connect with that place from where I am now in Israel. I was there three years ago for the first time, and then went back again two years ago. Kiriganga is a seasonal village. In the winter time, it gets snowed in. It’s about a five hour hike and a really long way on the road to get there. It’s a very remote and amazing place.How did you end up there? It’s hard to say how you end up anywhere in India. Your legs take you for a walk and you get interested in many places or you find out about places when you’re there. It was basically curiosity.Can you talk about what the recording process was like for this album? The recording process was not easy. Everything that we recorded, we tried to give the feeling that it was all happening at once with a live kind of feel. We recorded many of the songs as a full band. The whole process took two years to master and mix all 14 songs.From the beginning of working on the songs in preproduction and then recording them in Pluto, which is one of the best recording studios in Israel. I loved working with my producer Ori Vinokur, he’s a very talented guy and we had a really meaningful journey with the production of this album.Will the show at Zappa be the first time you’re playing songs from the new album? It’s not the first time because I’ve been doing shows even before I started recording this album. But it’s the first time the album is printed and that I’ll be playing it in its entirety. I did a crowd funding campaign, and this is the night that we’re going to present the album fully finished.I mostly did it because I wanted to give people a chance to connect on their own terms before everything is out there. The campaign was to get a community together of people who like the music and feel connected to me or to the music. The Zappa show is the official album release.How many people are you expecting at the show? I’m hoping we can fill Zappa, which would be around 350 people. But I try to not get ahead of my expectations too much. I really feel that this show is very meaningful and that people will come to be a part of the experience.If your music was an ice cream flavor, which would it be? Pistachio because you have to learn to like it and once you do, you really like it.What’s on the horizon for you as an artist? I’m going to keep on touring and leave the doors open for opportunities and surprises.I live my life trying to fulfill myself and the dreams that I have and the goals that I set for myself. That’s the main issue for me. It won’t be too long before I start working on the next album.For more information, or to buy tickets to the Zappa show, please visit www.facebook.com/ TalRamonmusic/