Pixies bring it on in Caesarea

The band played a nearly two-hour, nonstop onslaught of loud, quirky and fun music from the Boston quartet, returning to Israel after their maiden show in 2014.

The Pixies perform in Israel's Caesarea Amphitheater
(photo credit: LIOR KETER)
Advertisement
A week after Radiohead’s triumphant yet controversial appearance in Israel that had eyes around the world focused on Park Yarkon, the appearance of American alternative rock favorites the Pixies at the first of two sold-out shows at the Caesarea Amphitheater Tuesday night passed quietly. Well… not for the audience.
For them it was a nearly two-hour, nonstop onslaught of loud, quirky and fun music from the veteran Boston quartet, returning to Israel after their maiden show in 2014. After a tuneful set by the always impressive Geva  Alon and his new outfit Vegan Friendly, the Pixies  had the crowd on its feet and singing along from the outset as they burst from song to song with the punk energy of their early years.
Aside from a stray “F*** BDS” shouted from the crowd during one of the rare lull in the music, nary a word was uttered. Certainly not from the stage, where front man Frank Black, looking more and more like Alfred Hitchcock in profile, preferred to let the music do the talking.
New bassist Paz Lenchantin (who replaced the departed Kim Deal) did manage to get out a “Shalom” after one of her vocal turns, but the Pixies focused on plowing through their impressive oeuvre over phony between-song platitudes. 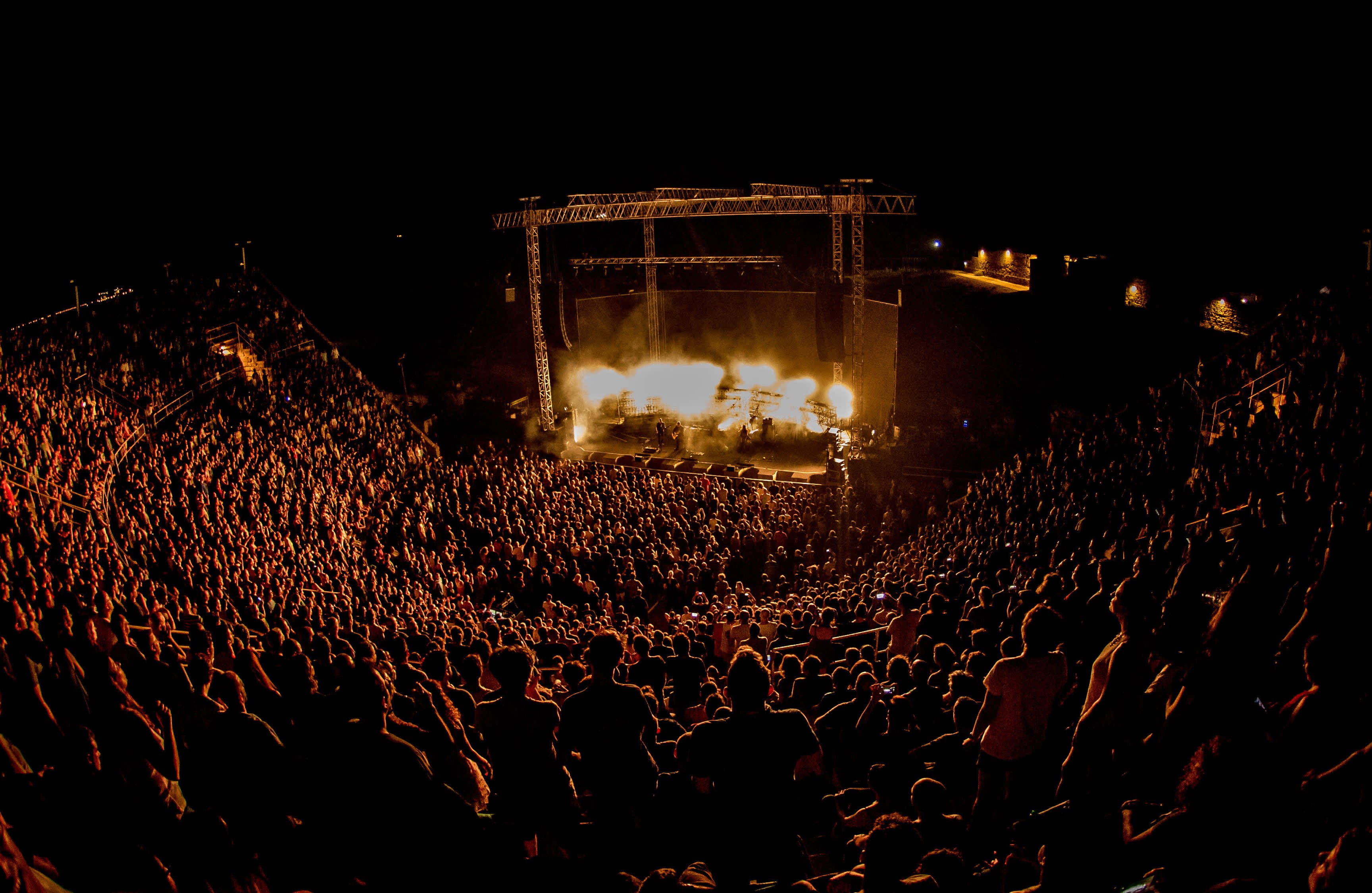 The band crammed some 30 songs into the set, ranging from  more conventional radio mainstays like "Where is My Mind" and "Here Comes Your Man" to  their  way-out-there mixes  of stop/start  flashes of songs  that incorporate bizarre lyrics (some of them in Spanish), blues, punk and country - sometimes all at once.
Black and his longtime colleagues, Joey Santiago on piercing lead guitar and drummer  David Lovering (with a crowd-pleasing vocal on "La La Love You") were typically stone-faced and disengaged from one another throughout the show. Ironic, since they all seem so invested in the music, but that's their shtick. Only Lenchantin expressed some enthusiasm, pogoing to some songs, and occasionally cracking a smile.
At the end of the set, before the bristling encore "Into the Night," the band members broke 'distance,' to cop an IDF phrase, as they traversed the stage, trading waves and bows with the audience. Black pounded his heart in pantomime, expressing what wasn't needed in words – the love affair between the Pixies and Israel is still going strong.