Pixies returning to Israel for show in Caesarea

The iconic alternative rock band will be touring the festival circuit in Europe around the time of their July 25 Israel show. 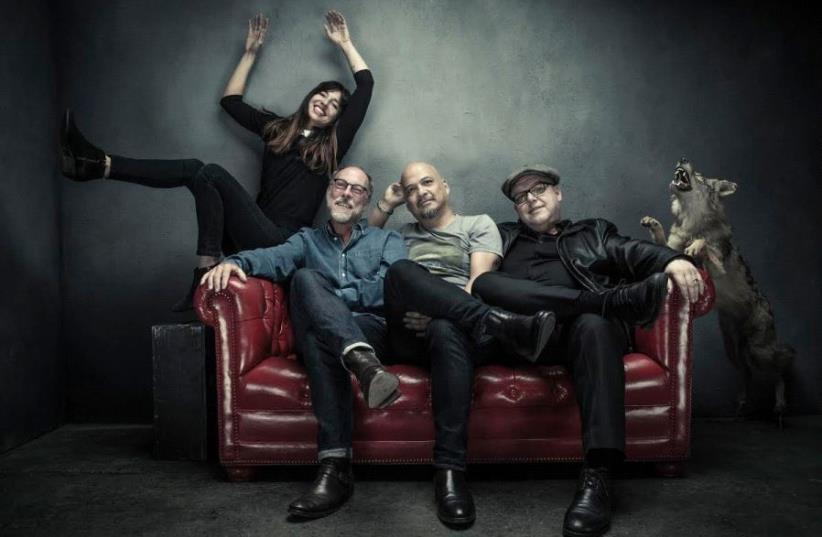 The Pixies
(photo credit: PR)
Advertisement
Is ’90s music nostalgia more excusable than pining for oldies from the ’70s and ’80s? If it’s the Pixies, the answer is yes.The American alternative rock veterans will be returning to Israel this summer for their first show at the Caesarea Amphitheater on July 25.They last performed here to a sold-out audience in 2014 at Bloomfield Stadium in Jaffa.The Boston-based band, who broke up in the mid- 1990s and reformed bigger than ever in 2003, are considered one of most influential outfits of the late ’80s and ’90s, with albums like Surfer Rosa and Doolittle setting a blueprint for post-punk eclecticism. Led by the iconic Black Francis (Frank Black) and including founders David Lovering on drums, Joey Santiago on lead guitar and bassist Paz Lenchantin – a replacement for longtime mainstay Kim Deal – the Pixies will be touring the festival circuit in Europe around their Israel visit.They released their sixth studio album, Head Carrier, last year, a follow-up to their first comeback album, Indie Cindy from 2014.The Pixies and Israel have a history. They were slated to headline a 2010 festival in Tel Aviv. However, in the aftermath of the Mavi Marmara incident in which nine Turkish activists aboard the Gazabound aid ship were killed, the group ended up being one of the high-profile cancellations to Israel that year, amid rumored pressure on them to back out of the show.At the time, the Pixies issued a statement saying that the decision was not taken lightly and stated that “we’d like to extend our deepest apologies to the fans, but events beyond all our control have conspired against us.” They promised to reschedule the show, and did, four years later at Bloomfield.