Playing it as is

Australia-based Israeli composer Yitzhak Yedid is here to premiere his latest work, influenced by the plight of the Syrian people. 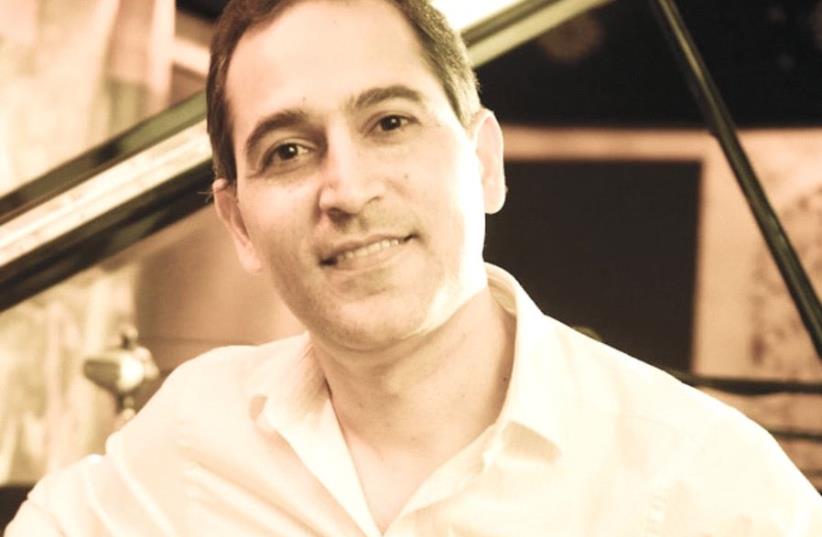 ISRAELI PIANISTCOMPOSER Yitzhak Yedid.
(photo credit: OMRI BAREL)
Advertisement
While it’s not exactly a coals to Newcastle scenario there is a neat symmetry to the forthcoming performances of Yitzhak Yedid’s Concerto for Piano and Strings. For the past decade or so Yedid has been a resident of faraway Australia, but his heart and soul belong to Jerusalem, where he was born, grew up and took his first musical steps.Yedid’s latest creation will have its world premiere on May 18 and 20, at the Weil Auditorium in Kfar Shmaryahu and Enav Center in Tel Aviv, respectively, when the work is performed by Australian pianist Michael Kiernan Harvey together with the Tel Aviv Soloists Ensemble and Georgian conductor Revaz Javakhishvili. The concerts traverse expansive stylistic ground with the program also featuring Grieg’s Holberg Suite, late Russian Romantic Era composer Alexander Glazunov’s Saxophone Concerto with Russian saxophonist Anton Skiba in the solo spot, and Mozart’s String Quintet in C Minor, based on an arrangement for string orchestra by the ensemble’s founder and musical director Barak Tal.Over the past couple of decades or so, Yedid has put out an almost bewilderingly eclectic range of works and recordings. His disciplinary backdrop takes in Western classical music, jazz, free improvisation, Arabic music and liturgical material. His compositions are generally viscerally and cerebrally engaging, and often visually striking, with the piano- playing role requiring a certain amount of calisthenic activity and a significant dosage of emotional and technical investment.The Israeli pianist-composer appears to have found a sibling soul in Harvey, who takes an equally uncompromising view of creative musical pursuit. In 2012 the 55-yearold Australian caused quite a stir when he presented that year’s Peggy Glanville-Hicks address – named after the 20th century Australian composer – and spelled out his views on the “classical music industry” in his home country in no uncertain terms.Among other grievances Harvey railed against the tendency to repeatedly present stock repertoires to audiences, and the paucity of opportunity to introduce Australians to works by composers from their own country.Harvey came to the realization at an early age that a more daring approach to his evolving craft was in order, although it took a while before he felt he could air those views and try to rectify the situation.“I had to wait until I had earned my stripes, as it were, before I could criticize the art form. It is a very big subject for me and it is why I am now living in Hobart, because I really don’t like classical music that much.”Away from the limelight and major cultural hubs in Australia, it is less a matter of Harvey being against the music per se, but rather the way it is proffered for public consumption.“The reason why I don’t like classical music much is the music business side of it. I am very much attracted to people like Yitzhak, who are so enthusiastic and genuine about the music, and pursue [it] in a way that, for me, looks very much outside the mainstream.”Yedid may not produce music that is exactly pop-rock radio friendly, but he did alright for himself when he lived here, gaining some pretty impressive kudos en route. His sizable awards list includes the 2007 Prime Minister’s Prize for Composers and the 2009 Landau Prize for Performing Arts. And since relocating Down Under he has nabbed the 2013 Australian Council for the Arts award, in addition to obtaining generous assistance for postgraduate academic endeavor.Yedid’s music is generally not for the fainthearted, although there are ethereally melodic strains in his compositional mix too. The intensity of his writing is palpable and he has referenced a range of highly emotional issues, employing a subtle synthesis of musical genres, colors, textures and dynamics. Yedid notes that his latest work “was influenced by some tragic events that occurred around the world while I was writing the music.”Yedid may be based thousands of kilometers away but the Middle East still tugs powerfully on his heartstrings.“The current human suffering and conflict impacted on me profoundly,” he continues, “and the continuous, unrelenting bloodshed of the civil war in Syria was on my mind throughout the nine months of composing this piece. And so, this piece of music is my response to the tragedy in Syria and is dedicated to the Syrian people who are suffering a holocaust.”The composer says he had Harvey in mind when he was putting pen to paper, and took the Australian’s virtuosity and musical ethos in consideration at the creative stage. Harvey was duly taken with the concerto.“It struck me, the power of the gestures, that it was a combination of all these languages, the Arabic, the Jewish, the jazz, avant garde which all came together in a way that was not gimmicky, it sort of sympathized in a way that is very powerful and genuine.”The quest for altruistic artistic expression has been a constant in Harvey’s professional life, which took him to Budapest in the mid- ’80s, when the Cold War was still very much a robust fact of life, as he sought to crystallize his feelings about his burgeoning line of work.He talks about the pervading approach to the music at the Franz Liszt Academy of Music in terms of “music beyond ideologies” and “transcending words.” The nonconformist output of the likes of avant garde rocker Frank Zappa, 20th century microtonal music pioneer Mordecai Sandberg and contemporary German-born Jewish composer Stefan Wolpe also feature prominently in Harvey’s continuing learning curve.Harvey has clearly maintained his unadulterated artistic line of attack, which eventually led him to the like-minded Yedid. The Australian says there are benefits to be had from a go-with-the-flow attitude, and strives to attain an egoless approach to music, and to act simply as a conduit for the composer’s original intent.“There is a fine line between pomposity and genuine intent and immersion [in a work]. It is not really about the performer. It is not about the interpreter. Ultimately, it is about the music itself.”For tickets and more information: (054) 693- 4439 and www.soloists.co.il.