President of Jerusalem Foundation stepping down in June

President Yohanna Arbib-Perugia will step down after three years at the helm of the foundation. 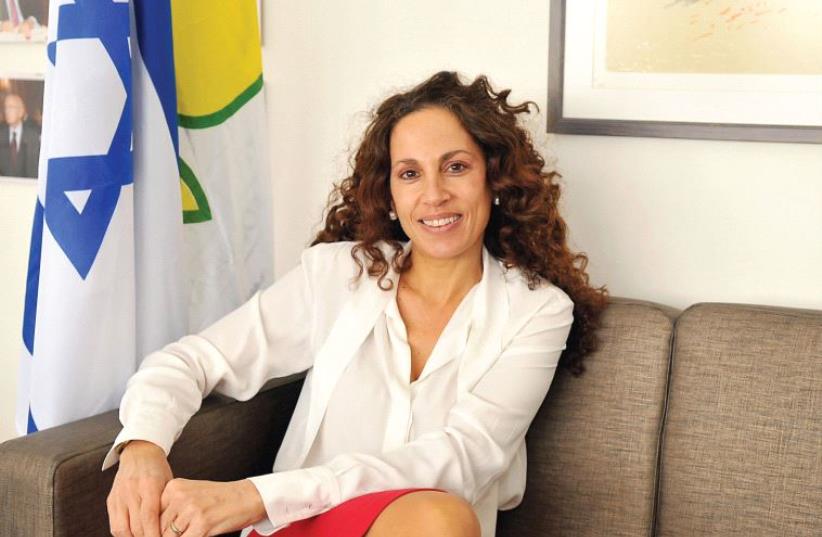 JERUSALEM FOUNDATION President Yohanna Arbib-Perugia says her vision is that Jerusalem be recognized as a ‘beacon of democracy and hope for humanity.’
(photo credit: JERUSALEM FOUNDATION)
Advertisement
After three years at the helm of the Jerusalem Foundation, president Yohanna Arbib-Perugia will step down, effective June 30, the foundation said on Tuesday.Arbib-Perugia, who says that she has learned a lot by moving from lay leadership to professionalism, believes that other people should also have the opportunity to prove their leadership capabilities in helping to develop the capital.She underscores that she was privileged to be given that opportunity, adding that now, in the next chapter of her life, she will dedicate herself to other causes, among them Jewish identity and continuity. She will also seek ways in which to make Israel more relevant and meaningful to Jews everywhere.Beginning in July, the foundation’s board of directors in Jerusalem will begin searching for a successor to fill the void being left by Arbib-Perugia, who previously made a name for herself in the world of Jewish philanthropy through her activities in Keren Hayesod in her native Italy and on a global basis.She leaves the Jerusalem Foundation in a glow of appreciative comments made by many of the people with whom she worked closely.Chairman of the board David Brodet noted that she had come to the foundation with a breadth of fund-raising capabilities and experience, and said the foundation had undoubtedly benefited from her knowledge.International chairman Sallai Meridor praised her “tremendous commitment,” emphasizing that she had steered the foundation through a very successful 50th anniversary campaign. He credited her with “remarkable fund-raising achievements” and for revitalizing the foundation’s senior leadership both in Israel and overseas.Jerusalem Mayor Nir Barkat said, “Her leadership and contributions to the city will surely be felt for decades to come.”Arbib-Perugia, who has been mentioned as a possible successor to Jewish Agency Chairman Natan Sharansky, said that she was satisfied with the accomplishments of the Jerusalem Foundation, and that she was leaving with a personal sense of fulfillment for all that she and her team have achieved together.Speaking of the overall advancement of the foundation, she said: “We have a new strategic direction, a list of innovative and interesting projects that we believe will impact on the city for many years, and a well-entrenched new senior leadership team in Israel poised to steer the foundation in new directions. We continue to strengthen our relationships with long-standing donors while connecting with the younger generation.”What gives her the greatest satisfaction is that during the three years of her tenure, the foundation has achieved all its fund-raising goals.A full interview with Arbib-Perugia will be published in Friday’s Jerusalem Post.

Tags culture in jerusalem
Advertisement
Subscribe for our daily newsletter