Guy Ben-Aharon talks to the ‘Post’ about launching his Boston-based theater company Israeli Stage, and his quest to show American audiences a different side of Israel. 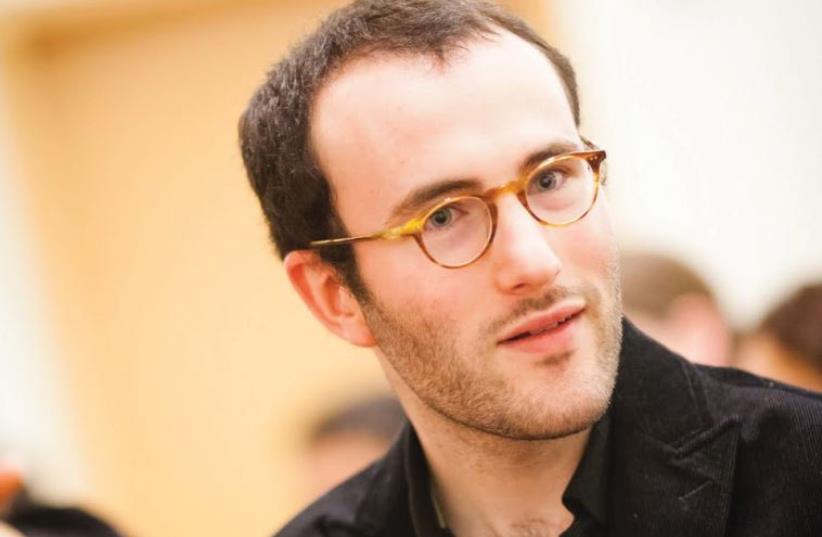 Guy Ben-Aharon
(photo credit: NIR LANDAU)
Advertisement
NEW YORK – Everyone around him said the same thing: “No one is going to want to come to a stage reading; 20 people will show up at best.” But Israeli-born Emerson College student Guy Ben-Aharon didn’t give up, and the night of the reading of A. B.Yehoshua’s play Possessions, the Goethe-Institut hall he had rented in Boston’s Back Bay was full.That night in November 2010, Ben-Aharon launched Israeli Stage without really knowing he’d started anything. The organization, which just celebrated its fifth anniversary, is the only theater company in North America that produces the works of Israeli playwrights in English translation.After a second successful stage reading he knew he was on to something, but to carry out his project Ben-Aharon needed funds. He turned to the Combined Jewish Philanthropies of Greater Boston, the central fund-raising and planning arm of Boston’s Jewish community, and asked them to contribute to his “cultural start-up” aimed at revealing “the culture empire that Israel is.”“The idea all along was to be part of the establishment, to use the most famous theater actors in Boston so that the larger public would come,” he tells The Jerusalem Post.“The people who come are sort of culture vultures. They saw that the quality of our productions was very high, so they come back.”Since that first production of Possessions, Israeli Stage has produced dozens of Israeli plays. All have one thing in common: they shed light on some aspect of Israeli society.“I always had a problem with Israel advocacy initiatives that try to show Israel as if it were the heaven of the world,” he explains. “They go to students and tell them that Israel is the most beautiful place in the world. I don’t think anyone could be convinced of that besides those who are already convinced.”With Israeli Stage, Ben-Aharon says he simply wants to show that “Israel is a country just like the United States, with lots of issues, lots of complexities,” and engage the audience in a debate on the nuances that exist within Israeli society.After each performance it organizes, Israeli Stage holds a dialogue session for the audience with the actors and the directors.“People stay for 30 or 45 minutes after each play to discuss it – the nuances in the culture, in the story, in politics,” Ben-Aharon says. “People say that it’s like being in Israel without flying there. It’s a slice of life from Israel.”One year into his venture, Ben- Aharon wanted to expand Israeli Stage’s audience.“People always complain that young people don’t go to the theater,” he explains. “The reason is that it’s expensive and it’s not on their campus. Why would people our age spend $30, $40, $50 on a play when they could go to a bar?” To bring in a younger audience, he decided to create fully subsidized shows on college campuses during weekdays.“That’s how we started our first college tour,” Ben-Aharon recounts. “We went to seven colleges.”Since then, Israeli Stage has toured some 30 campuses in six US states.He explains that Israeli Stage strives to offer plays that are relevant to the students on each campus.“When we did a play about a psychologist, we went to the psychology school. When we did a play about a dyslexic kid, we did it at the school of education, for example. All this is through an Israeli lens,” he says.“We don’t want to come and say ‘Israel is better,’ we want to say ‘Here is the Israeli perspective,’” he explains. “But it has an effect. It has an effect on students who don’t like Israel or students who never really think about Israel. For the first time they see a play from Israel, and the next time someone says ‘Israel,’ they’ll say, ‘Oh, I saw a play from Israel!’ or ‘Oh, people in Israel have plays.’” Ben-Aharon adds that for some Zionist and pro-Israel audience members, the plays, which sometimes touch upon the Israeli-Palestinian conflict, help expose some of the negative aspects of the country as well.“The goal is to shatter preconceptions about Israel, from all sides,” he says.Some of Israeli Stage’s plays indeed touch upon difficult issues like the Israeli-Palestinian conflict.Recently, the company put together shows on the Gaza blockade and the “price tag” phenomenon.“We are about dialogue. We stand for a strong and diverse Israel. Diverse in opinions as well,” Ben- Aharon believes. Ben-Aharon says he hopes to make Israeli Stage bigger – but not in audience size.“We’ve always kept our theaters under 200 people; otherwise, our dialogue session won’t be as good,” he says. “But we want to make it bigger in terms of appeal. To me, there is no reason why we shouldn’t have a New York branch, a Chicago branch and create a systematic way of touring.”Three years ago, seeing the success of his venture, the German Goethe-Institut, where he held his first show, hired Ben-Aharon as an independent contractor to start German Stage and bring translated German plays to the US. Recently, he has also begun similar projects with Switzerland and Austria.