Queen for a day

Rockville and the ICO pay tribute to the British rock band 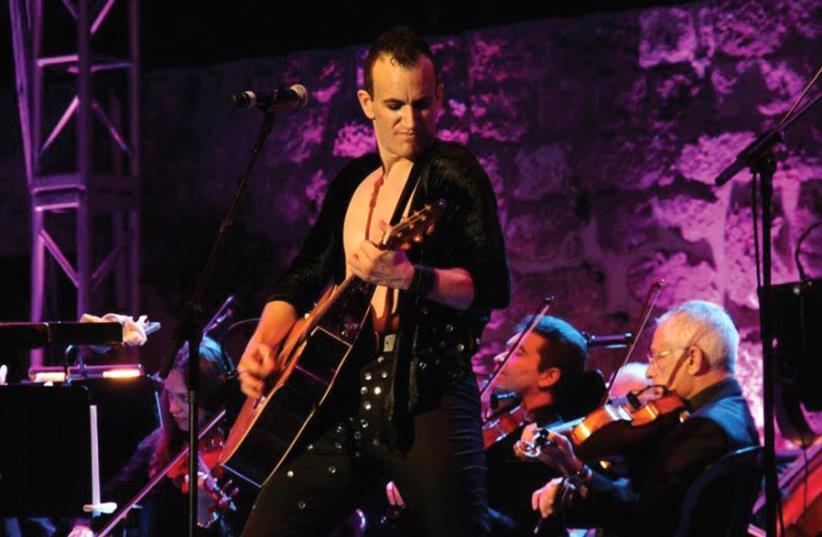 Rockville and the ICO
(photo credit: ANAT BAR OR)
Advertisement
We tend to relate to classical music with not a little respect and deference. It is, after all, classical music – works written by such hallowed composers as Beethoven, Bach and Mozart. Then again, if you manage to adopt a more street-level angle on the genre, you might come to the realization that the above gents and their ilk basically wrote hits of their day.That doesn’t mean to say we should place Schubert’s Symphony No. 9 – aka “The Great” – on the same rung of artistic excellence as, say, Britney Spears’s “Hold It Against Me,” but it might not be a bad idea once a while to take a somewhat looser approach to classical works.Ofir Livne – aka Olive – would certainly go along with that here-andnow concept, and he has become particularly adept at fusing classical endeavor with more contemporary commercial sounds over the last few years. That is basically the name of the game for Saturday’s concert at the Zappa Shuni Amphitheater near Zichron Ya’acov (7:30 p.m.) when the singer takes the stage along with the other members of the Rockville group and the full complement of the Israel Chamber Orchestra (ICO). The former includes musical director and keyboardist Michael Schwartz, electric guitarists Gili Meir and Elad Marom, bass guitarist Alex Epelbaum and drummer Ran Genez, with Nirit Milis and Gila Zylber also on vocals.Meanwhile, the ICO ensemble incorporates around 40 instrumentalists, with Sivan Albo Ben- Hur doubling as conductor and violinist.The compositional anchor for the concert is the ever-popular oeuvre of British rock group Queen. As he is 42 years old, Livneh was not around to catch the band’s early hits, such as “Killer Queen” or “Bohemian Rhapsody,” but the singer says he has been a fan for some time.“At least I can say I liked their stuff while Freddie Mercury was still alive,” he notes.Mercury was the strutting posturing frontman of the group, who succumbed to AIDS in 1991 at the age of 45.Livne says his fondness for Queen’s output brought him a certain amount of grief as a youngster.“When I played their songs, I got some difficult response from my peers,” he recalls. “When I was in high school, [American heavy metal band] Guns N’ Roses was in, and Queen was less popular. Maybe if I’d been into Radiohead, that would have gone down better with the others,” he laughs.But it was Queen, along with other yesteryear star-studded outfits, such as Pink Floyd, that grabbed Livne’s youthful attention and, several years down the road, he got to put his musical preferences where his onstage mouth was.But it wasn’t always clear that Livne would make it to the stage. The son of one of the IDF’s legendary commanders, in his early 20s Livne worked as a bodyguard for the Israeli Embassy in Washington, DC. The pay was good, and the hours and the nature of the work weren’t too onerous, but Livne had his heart set on a very different means of making ends meet.“I returned to Israel at the age of 27 and got a degree in psychology, and I took some time to cool down and find my feet back in Israel,” he recounts.But the musical dream was still very much alive.“I answered an ad for a singer to do Pink Floyd numbers,” Livne says. “I’d messed around on guitar as a kid, and I could dabble on keyboards, and I still can’t read music.”The ad led to an engagement with a band in a Tel Aviv pub, but Livne was looking to up the artistic and entertainment ante.“We played in front of 80 people. It was like a dream come true. But I wanted more. I felt I needed a bigger stage. Anyone can perform the songs, but to excite people and to bring them back to the time when they first heard the album is where the magic is,” he says.That may be the core of the matter, but it’s one thing to dream, and an entirely different proposition to get (Anat Bar Or) out & about highlights dining events movies television 13 onto a stage, in full excessive rock regalia – outlandish costumes, makeup and all – and put it out there, especially when the source character is someone as colorful and beloved as Mercury.“I really got into his character,” Livne says, although adding that, professionalism notwithstanding, he and the rest of the Rockville gang don’t get too bogged down with the work. “The members of Queen used to laugh about their stage performances themselves. They didn’t take themselves too seriously, and I go along with that.”That may be so, but the Shuni gig will be a grand affair, with around 45 musicians on the stage at the same time. The playlist will take in such Queen hits as “Bohemian Rhapsody,” “Somebody to Love,” “We Are the Champions” and “Bicycle Race.” In fact, Livne says, Rockville takes some of the British band’s work to a different level.“We do ‘Bohemian Rhapsody’ live, not like the original,” he notes. “When it came to the a cappella part of the song, they’d dim the stage lights and use a playback. We utilize all the vocal abilities of all our singers. We normally close out the first part of the show with that. It’s kind of a high point. We didn’t know how difficult it would be to do the song live. I think if I’d known that, I might not have gotten into this.”The latter was a tongue-in-cheek remark, and Livne and the rest of the group and the entire orchestra are very much up to the Queen task.“This is going to be great fun,” says Livne. “There are numbers we do on our own, without the orchestra, because they are raw rock and there’s room for strings.But it is really sexy with the orchestra. Just the way it should be.”For tickets: (03) 518-8845 and tickets.ico.co.il