Tarantino, who last visited Israel to promote his 2009 film, Inglourious Basterds, is one of a great number of exciting guests who will take part in this year’s festival. 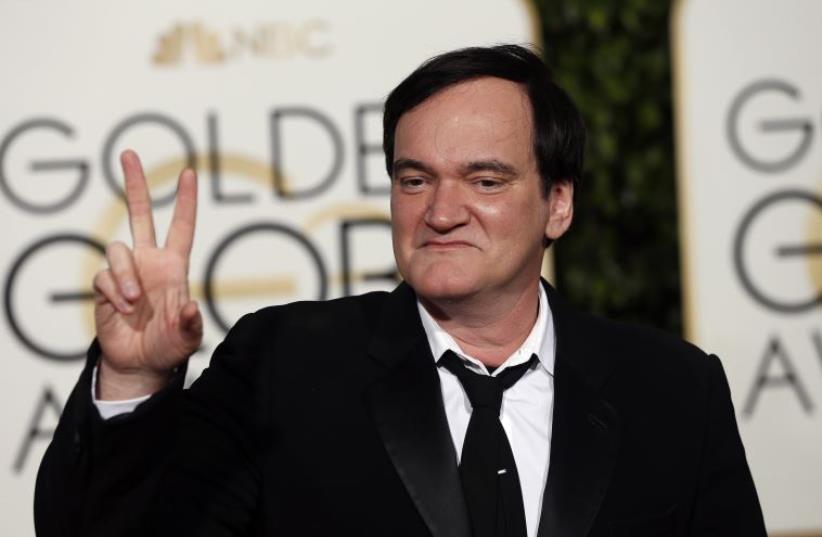 Quentin Tarantino
(photo credit: REUTERS)
Advertisement
The 33rd Jerusalem Film Festival, which will take place from July 7-17 at the Jerusalem Cinematheque, will welcome the Oscar-winning director Quentin Tarantino, who will attend the opening ceremony at the Sultan’s Pool amphitheater, where he will receive an award for his contribution to cinema. He will be present on July 8 at a screening of his Oscar-winning classic, Pulp Fiction, in a newly restored 35 millimeter print that comes from the director’s own archive.Tarantino, who last visited Israel to promote his 2009 film, Inglourious Basterds, is one of a great number of exciting guests who will take part in this year’s festival.Laurie Anderson, the legendary avant-garde musician/artist/filmmaker will attend the festival with her latest movie, Heart of a Dog, a meditation on her relationship with her dog.Whit Stillman, whose latest film is Love & Friendship, the Jane Austen adaptation starring Kate Beckinsale, will be among the guests. Stillman’s early films, among them Metropolitan and The Last Days of Disco, helped start the US indie film movement.Anthony Bregman, one of the most important producers of American independent cinema, will present James Schamus’ Indignation, an adaption of a Philip Roth novel about a Jewish boy attending a college in Ohio in the 1950s. Bregman has produced a long list of prestigious films, among them Foxcatcher, Eternal Sunshine of the Spotless Mind, Synecdoche, New York and The Ice Storm.The opening-night movie, Pedro Almodovar’s Julieta, loosely based on Alice Munro stories, tells a complex story of a woman and her estranged daughter. Its star, Emma Suarez, who is one of the actresses who plays the title role, will attend the festival’s opening night.There will be a long list of special events, among them master classes with many of the guests. Among the guests will be cinematographer Andreas Sinanos; Dylan Leiner, vice president of Sony Pictures Classics; Grímur Hákonarson, the Icelandic director who made the acclaimed film Rams; Alison Thompson, former president of Focus Features; Giorgio Gosetti, director of the Venice Days section of the Venice Film Festival; Rémi Burah, vice president of ARTE France; and Roberto Olla, executive director of Eurimages.To order tickets and get information on movies and special events, go to the festival website at http://jff.org.il/