In his three-decade career, Martin has sold more than 85 million albums worldwide and has more than 95 platinum records and 40 gold records. 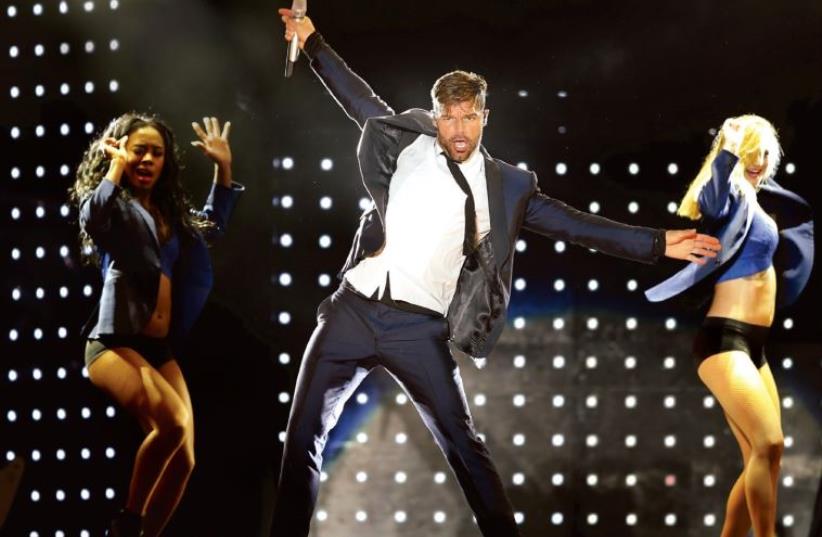 SINGER RICKY MARTIN performs during his One World tour 2016 in Montevideo
(photo credit: ANDRES STAPFF/REUTERS)
Advertisement
Grammy Award-winning music superstar and Puerto Rican heartthrob Ricky Martin will bring his “One World” tour to Tel Aviv’s Menorah Mivtachim Arena on September 14.In his three-decade career, Martin has sold more than 85 million albums worldwide and has more than 95 platinum records and 40 gold records.Martin is mostly known for his inescapably catchy 1999 number one hit “Livin’ la Vida Loca” and his show-stopping performance of “The Cup of Life” at the 41st Grammy Awards, often credited with bringing Latin pop to a broader audience.Martin’s first completely English-language album, Sound Loaded, was released in 2000 and the hits “She Bangs” and “Nobody Wants to Be Lonely” charted at #1 on the Hot Latin Songs.Last year, Martin released his 10th solo studio album, entitled A Quien Quiera Escuchar.Ticket prices range from NIS 290 to NIS 1,250. For tickets visit www.leaan.co.il or *8780.