Rudner is a frequent collaborator with her writer/producer husband, Martin Bergman. 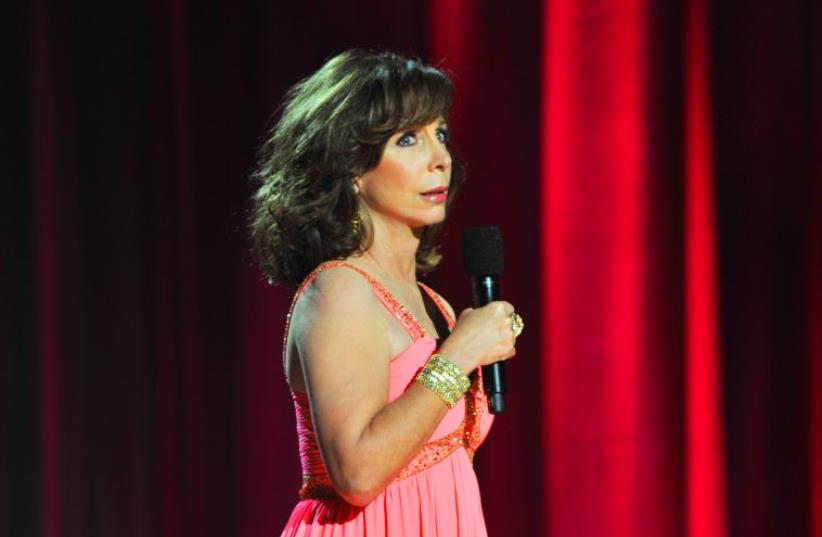 LOL Comedy from Hollywood/ Wikimedia Commons
(photo credit: LOL COMEDY FROM HOLLYWOOD/ WIKIMEDIA COMMONS)
Advertisement
American Jewish comedian, actress and author Rita Rudner is bringing her unique style of comedy and epigrammatic one-liners to Herzliya’s Zappa Club on April 9 with her Las Vegas show, An Evening with Rita Rudner. Over the course of a 14-year run and 2,000-plus shows, Rudner has sold one-and-a-half million tickets and become the longest-running solo comedy show in the history of Las Vegas, even being named Las Vegas’ Comedian Of The Year nine years in a row.Rudner’s appearances in the late ’80s on The Tonight Show, Late Night with Letterman and Comic Relief established her as one of the country’s premier stand-up comedians.
Rita Rudner Israel announcement
Winner of the 1990 American Comedy Award for Funniest Stand Up Comedienne, she starred in her first award-winning HBO special Born To Be Mild later that same year.Rudner is a frequent collaborator with her writer/producer husband, Martin Bergman.The couple’s first produced film script was the 1992 British comedy Peter’s Friends, in which Rudner acted alongside Emma Thompson and Kenneth Branagh.