Roll with ‘A Bag of Marbles’

It is an engaging personal story set during the Holocaust 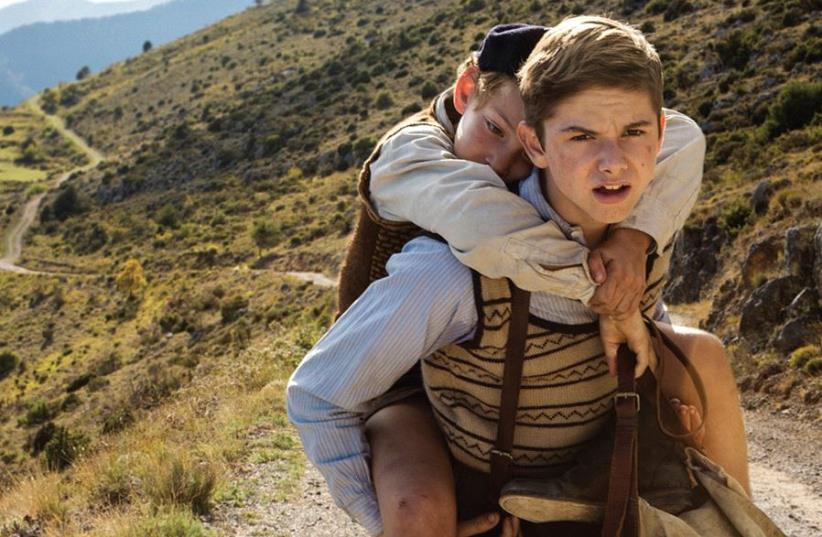 A Bag of Marbles
(photo credit: PR)
Advertisement
A BAG OF MARBLES
Hebrew title: Sakit shel Gulot
Directed by Christian Duguay
With Patrick Bruel, Elsa Zylberstein, Batyste Fleurial, Dorian Le Clech
Running time: 110 minutes
In French. Check with theaters for subtitle information.There have been many movies in recent years about children during the Holocaust. Some try for some kind of bizarre feelgood message, while others, such as last year’s Foreign Language Film Oscar winner, Son of Saul, which turns on the death of a child, are extraordinarily bleak, to the point where few could sit through them.By now, I approach these movies with some trepidation, wondering, Will it be unrealistically upbeat and saccharine — which always makes me want to rant at the filmmakers — or will it be so unrelenting that I will need a Prozac to get out of my seat when it ends? I’m happy to report that A Bag of Marbles (Un Sac de Billes), which is based on the popular autobiographical novel by Joseph Joffo, is simply an involving personal story set during World War II, with the highs and lows of any such tale. It’s such a good story that it’s not surprising that this story was filmed before, more than 40 years ago.This engrossing and well-acted remake — the child actors are especially good — is about the Joffo family, who are Jewish. They live in Paris in the early 1940s. The two older brothers work in the barber shop run by their father (Patrick Bruel), while the younger brothers, Maurice (Batyste Fleurial), about 16, and Joe (Dorian Le Clech, who is extraordinarily cute but also seems like a real kid), who looks about 11, are spoiled a bit by their mother (Elsa Zylberstein, who was in Claude Lelouch’s Un + Une last year), a violinist.While the boys enjoy a fairly normal life and even play pranks on the newly arrived Nazis, the parents are keenly aware of what is coming. By the time the Jews are required to wear the yellow star, the two younger boys are beaten up at school, and their parents send them out, alone in the night, to try to make it to the free zone in the South and meet up with their older brothers. While the focus is on the two boys, we also get the point of view of their parents, who make this heartrending choice to separate from their sons because they realize that they all have a greater chance of survival traveling separately.The heart of the movie is the brothers’ lonely and frightening but sometimes exhilarating journey. In the beginning, they bicker like the children they are, but as the movie progresses they begin to help each other and work together as few brothers in normal circumstances would ever manage to do. There is some spectacular scenery as they make the journey, as well as some very sweet, even funny, moments.After they are reunited with their whole family in Nice, the Nazis close in, and they are sent to a kind of paramilitary camp, where they keep their true identities a secret. Hitching a ride with a deliveryman for fun one day, they are picked up by the Nazis. This section of the movie, told from Joe’s point of view, is terrifying. Holocaust survivors have often been questioned on how they made it through, and this section shows very clearly how big a role luck often played. Inevitably, the boys witness and are the victims of a great deal of violence, so parents should keep this in mind before taking children Joe’s age to see the film.The movie’s strength is that it follows the rhythm of the boys’ journey, and mixes the comedy and tragedy well, often in the course of a single scene. The script highlights the brothers’ resilience, as well as their vulnerability.A Bag of Marbles isn’t a masterpiece. The musical score is often intrusive and heavy, and scenes of joy are staged so that you are just waiting for a Nazi to pop up at any moment and you can’t concentrate on the action. The strongest part of the movie is the scenes that spotlight the shifting relationship between the two younger brothers, and I wished the movie could have developed this even further. But it’s one of the best movies told about the Holocaust from a child’s point of view in a long time.
Advertisement
Subscribe for our daily newsletter