Screen Savors:Ten ‘Mad’ years and Moss is on top of the lake

How Mad Men shaped television and what show you must watch if you enjoy Zombie movies. 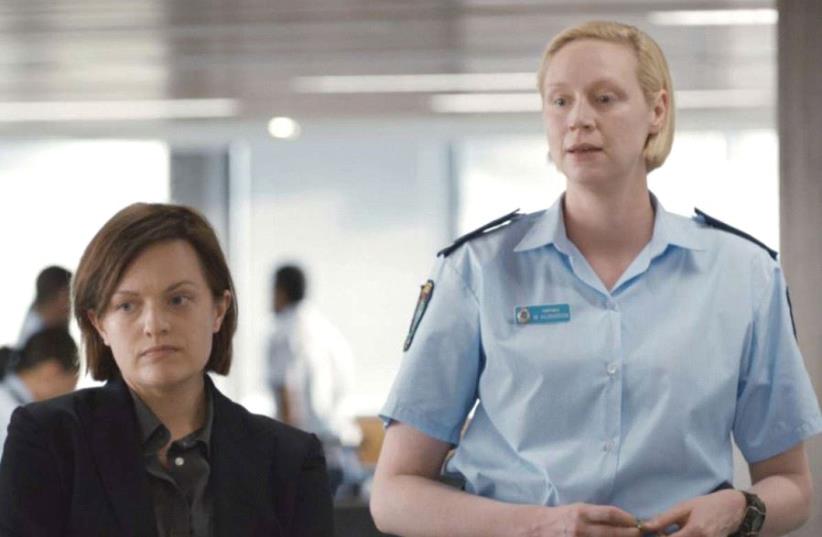 Elisabeth Moss
(photo credit: PR)
Advertisement
July 20 was the anniversary of the first moon landing in 1969, but the day before that marked an important date in the history of television: the airing of the first episode of Mad Men a decade ago. If you want to revisit this series, you can see all the episodes on HOT VOD and YES Binge.It’s been a little over two years since the series ended, and it is missed.Who can imagine the cultural landscape today without Matthew Weiner’s small-screen masterpiece about the staff of an advertising agency in the 1960s? It has influenced so many other series, among them Good Girl Revolt, which was shown on Channel 1, a drama set in the same period about the female employees at Newsweek staging a strike; the ill-fated Martin Scorsese series Vinyl, about the music industry; Masters of Sex; and the current series I’m Dying Up Here on YES Oh, about stand-up comedians in the 1970s. The look of Mad Men, which offered a level of production design never seen before on television, spread out into fashion (the Banana Republic chain had a line of Mad Men-themed clothes), interior design and even cocktail drinking (hipster bars tend to feature Old Fashioneds, Don’s favorite beverage).The prestigious German art-book publisher Taschen released a pricey two-book commemoration of the series.The ensemble cast, led by Jon Hamm as the complex ad man Don Draper, was magnificent, and he and the rest of the cast have gone on to many other roles. Elisabeth Moss, who played Peggy Olson, the secretary who becomes a copywriter, starred in the acclaimed miniseries, the recently concluded The Handmaid’s Tale.One of the rarely discussed virtues of Mad Men is that, alone among the top premium cable shows (such as The Sopranos, The Wire and Breaking Bad), Mad Men does not focus on crime. It shows middle-class characters living lives centered around their offices, homes and apartments, but it does so in a way that makes these lives unique and compelling.If you’re still thinking about the moon landing, in Mad Men’s seventh season, the show dealt with this event in a memorable way, as it incorporated into its plots all the big news events of the era, from the Kennedy-Nixon election onwards.Speaking of Elisabeth Moss, the second season of Top of the Lake: China Girl, which stars Moss as a police detective from New Zealand, will be available throughout August on HOT Xtra VOD. The new season, which premiered at the Cannes Film Festival last spring and received more enthusiastic reviews than many of the films there, moves to Sydney, where Moss’s character investigates how the body of a young Asian woman ended up floating in a suitcase that washes ashore.Nicole Kidman —who recently appeared in the miniseries Big Little Lies — co-stars as the intellectual, lesbian mother of an impressionable young woman involved with a sex trafficker. The series has been called addictive and suspenseful, and Moss received a Golden Globe for her performance the first season.If you like your zombies chic, quiet and creepy, then you’ll want to see the second season of Les Revenants, which will also be available on HOT Xtra VOD starting in August. This brilliantly done French series was reworked into the mediocre American show The Returned, but it’s worth watching the French original. Season One was about people who had died returning to the town apparently intact, and Season Two focuses on a Rosemary’s Baby-style plot about a woman who gets pregnant by one of these returnees. Nothing could be as scary and as simple as the first season, but Les Revenants, and the isolated town in the Alps where the series is set, is stylish and fun.