Widely considered to be the greatest Russian ballerina of her generation, Ulyana Lopatkina is proving that second chances can and do happen. 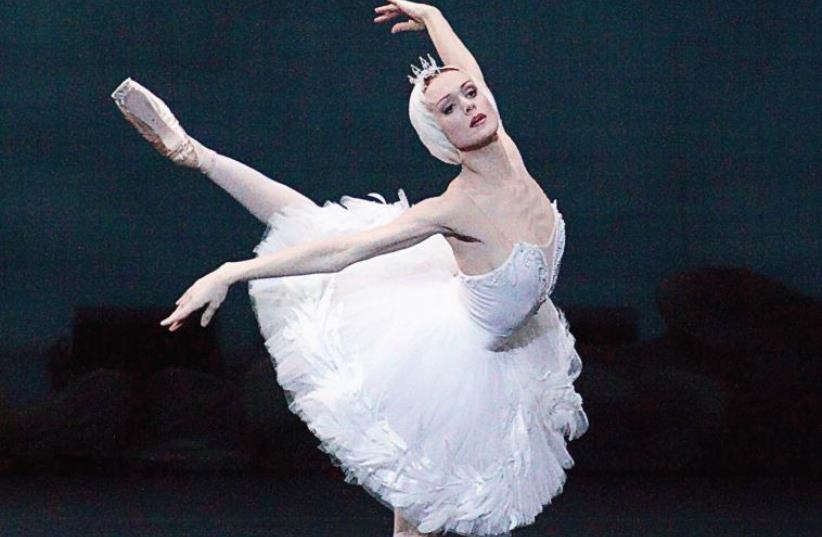 Supreme prima ballerina Ulyana Lopatkina
(photo credit: PR)
Advertisement
In the life of a prima ballerina, there are very few second chances.The demands of the job, coupled with the fatal implication of injury to one’s career, make for a short but intense stay at the top of the ballet world. Widely considered to be the greatest Russian ballerina of her generation, Ulyana Lopatkina is proving that second chances can and do happen.The dancer, who is a household name and source of great pride in her home country, will arrive in Israel next week for three performances around the country.This tour constitutes a massive triumph for Lopatkina, who serves not only as a dancer in this production but also a choreographer.Born and raised in Crimea, Lopatkina studied at the Vaganova Academy in St. Petersburg before being snatched up by the Kirov/ Mariinsky Theater Ballet. Her long limbs and astounding strength wowed everyone, from teachers to company staff to the throngs of audience members who quickly took notice of her unique skills.Having reached the peak of her physical and professional prowess, Lopatkina was forced to take a break from dancing due to a recurring injury in her ankle. For years, she struggled to find an effective treatment strategy before finally undergoing surgery. She married and gave birth to her daughter, Masha. During this time, Lopatkina expressed her fears that she would not return to the stage. Then, more than two years after stepping out of the spotlight, she surprised her fans by making a comeback. Her first performances, on tour in the US, proved that she was better than ever.Though now in her 40s, Lopatkina seems to be only improving in her physique and finesse. On this journey, as with all tours, Lopatkina will travel with an entire suitcase of custom-made pointe shoes. The dancer is known for wearing through her shoes within minutes and tends to change her pointe shoes at least once per performance.For her visit to Israel, Lopatkina has called upon fellow star dancers from Russia’s top companies.Together, they will present the audience with a program of all-time favorite ballet moments. The evening will include the pas de deux from Tchaikovsky’s Sleeping Beauty, Mahler’s Death of the Rose and Strauss’s Viennese Waltz. Along with these pieces, Lopatkina will perform a solo of her own creation, danced to music by Tchaikovsky.Ulyana Lopatkina will perform at the Tel Aviv Performing Arts Center on January 28 (www.israel-opera.co.il); the Beersheba Performing Arts Center on January 29 (www.mishkan7.co.il); and at the Haifa Convention Center on January 30 (www.icchaifa.co.il).