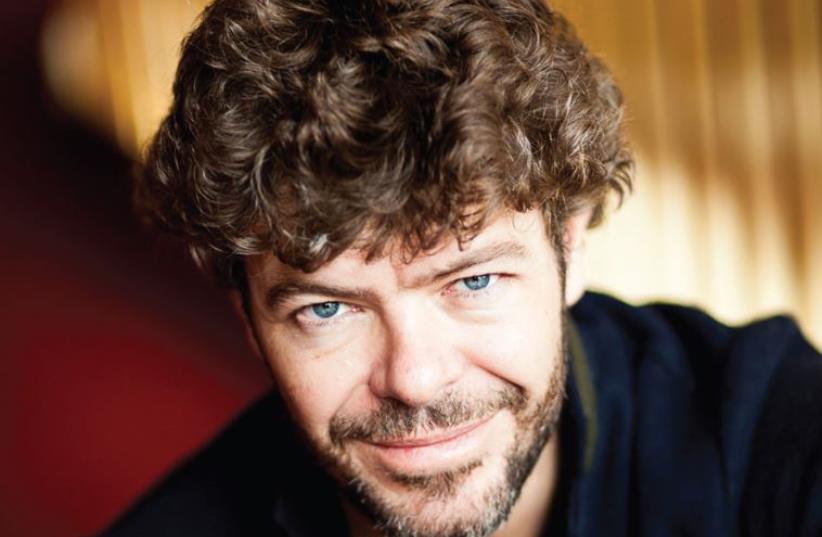 Pablo Heras-Casado
(photo credit: FERNANDO SANCHO)
Advertisement
"I enjoy being a conductor,” says Spanish maestro Pablo Heras- Casado, 38, who is making his Israeli debut conducting the Israel Philharmonic Orchestra in its current series, with renowned pianist Emanuel Ax as soloist.“For me it means being myself, sharing my passion for music with a group of people –the musicians on stage and the audience – which is a great privilege. But the difficult side of my profession is constantly moving from one place to another and being ready to fulfill the expectations.”Heras-Casado has never considered becoming an instrumentalist.“From the start, I knew that my place was in front of musicians. It probably has to do with my personal traits. A conductor has to make an enormous number of decisions, to take responsibilities not only regarding the musicians but also the audience, journalists and so forth.But again, I think that a true leader is someone who loves what he does and enjoys sharing and not being above everybody all the time,” he says.In the not so distant past, conductors had full command of their orchestras by sheer virtue of their position. Today, that is unthinkable. So how does a modern conductor convince the musicians of his being right without turning into a dictator? “First of all, you should give them the feeling of being the essential part of it. It is a question of a dialogue, of joining spirits and forces,” the conductor says. “That is when you can persuade them that your rendition has raison d’etre. It is not the only version because there is no absolute truth, but in this time and place, with these musicians, it is the right one.”The same goes for soloists.“I now have a privilege of performing with world-renowned artists,” he says. “Of course, as such, they need to have the first option to say what they think about the piece we perform, but I believe it is always possible to find a common ground.As Emmanuel Ax put it a few days ago, it is not that difficult to do things together, as long as what you say makes sense and your views are not too extravagant.”Heras-Casado is quite a universal musician, with interests in Baroque and contemporary music, as well as conducting operas.“I don’t make a distinction between Baroque and, say, Romantic music. During 20 years of being a conductor, I worked and learned a lot. For me, conducting music of different genres and periods is not becoming a different person every time but rather trying to understand the style and the corresponding demands of its performance. For me, it is also necessary to see the entire story, to understand why this music should sound this way and not another,” he says.Where is the line between the conductor’s ego and the original ideas of the composer? “As an artist – be it a conductor or a musician in the orchestra – you need to have a personality and an ego, as well as the courage to present it to the public. Yet again, as a conductor, I try to never show it off but rather to bring music out of the score, respecting and admiring the genius of the composer. Of course, you cannot totally disappear. You have to make numerous decisions based on your personal experience and knowledge, which are different from those of other people. Also, the audience comes to hear new aspects of a familiar piece, and as an artist you are interesting as long as you have a personality of your own. And I try do this. But doing it naturally, it is both being and not being. Just think of a sunset on the sea: Everybody sees the same gorgeous view; but if asked to describe it, they would do so in sincere but different words.”The conductor likes program a lot.“It opens with a piece by Roberto Gerhard. Although he is not so well known, he was an important Spanish composer of the 20th century. We also have pieces by Tchaikovsky and Cesar Franck that are not so performed so often.Speaking of the soloist, Heras- Casado says, “It is a great pleasure and privilege to appear on stage with Emanuel Ax. Ours is a long relationship, and this month we are performing together around the world. He is a good friend of mine, so it’s wonderful to come to Israel with him for the first time. As a musician, he is very honest and generous; he has no ego. He is very sincere and natural. He just serves music. He convinces everyone by his musicianship, and he is always a great colleague. The way he interacts with the orchestra and the conductor is quite unique.”The program features Don Quixote by Robert Gerhard; Symphonic Variations for Piano and Orchestra by Franck; Mozart’s Piano Concerto No. 22; and Symphony No. 1 (“Winter Dreams”) by Tchaikovsky.

The concerts take place at the Charles Bronfman Auditorium in Tel Aviv today, tomorrow and Sunday. For tickets, call *3766 or (03) 621-1777.
Advertisement
Subscribe for our daily newsletter