The Darius Brubeck Quartet will perform in the Hot Jazz series 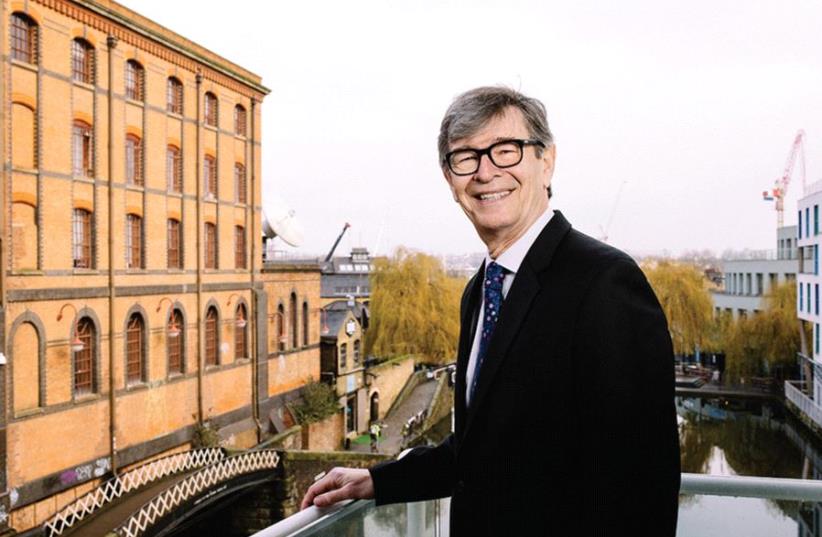 Darius Brubeck
(photo credit: ROB BLACKHAM)
Advertisement
Darius Brubeck has a lot to live up to and, it must be said, he seems to be doing just fine. The name Brubeck is generally associated with Dave Brubeck, the legendary jazz pianist who died in 2012, one day short of his 92nd birthday.Dave Brubeck was one of the titans of the jazz world. He is best known for his album Time Out, which was released in 1958 and sold more than a million copies. It also spawned a couple of hit numbers – “Blue Rondo a la Turk” and the instantly recognizable “Take Five.”His son, Darius Brubeck, who turns 70 in a few weeks’ time, has been a jazz pianist, band leader and composer of note for some years. He is coming to Israel with his quartet as part of the Hot Jazz series (June 3 to 10), with seven gigs lined up around the country.Over the past half century or so, Darius Brubeck has accrued a rich swathe of musical experience both as a performer and researcher/ educator. And although, along with his five younger siblings, he grew up in a home environment that encouraged an appreciation of the art form, as well as the actual practice thereof, it was not a given that he would follow in his famous father’s footsteps.“I considered not doing it [music] as a profession,” he says.“I’ve always been curious about other things.”That, Brubeck humorously surmises, may be down to a predefined trait.“I guess it’s my nature as a Gemini. I’ve always been kind of half an academic and half a musician. During my lifetime I’ve been both. Now I’m back to being a full-time musician, but this fellowship came up, and that sort of brought me back to the academic environment,” he says.The latter primarily references the years Brubeck spent at the University of Natal in Durban, South Africa, where he established the Centre for Jazz and Popular Music. He spent 22 years in South Africa, with intermittent forays to the global jazz gigging road. The fruits of that formative era – both for Brubeck and for South Africa – will soon be revealed to the public.“[My wife] Cathy and I just got back from Africa. I didn’t play one concert. We were there on a grant, to do some research and write a book about our time in South Africa,” he says.That, of course, will focus on the music, including the sounds and rhythms that Brubeck imbibed during his time in Durban.Like his stellar dad, Brubeck has always had a penchant for stepping outside the well-trodden road of musical endeavor and seeking to learn from other cultures and weave that into his own root-fed material.“I didn’t go to a music conservatory,” he notes. “I went to Wesleyan University [in Connecticut], which is a very good American style liberal arts university. That allows for a very broad curriculum,” he explains.Brubeck grew up with music of various forms. His paternal grandmother was a trained amateur pianist. When Darius was a youngster, his father would take him along to jazz shows by some of the greats such as iconic trumpeter Louis Armstrong but also to classical concerts. He also got an early glimpse of what it might be like to be a professional musician when his father took him on the road with the celebrated Dave Brubeck Quartet in the late 1950s and 1960s.“That gave me an opportunity to go to jazz festivals,” Brubeck recalls. “And my parents took us to classical concerts and other things, too. Music was the main focus, although not the only thing.”UK-based Brubeck is, in jazz terms, in a privileged position of having played with his own quartet for 10 years. That has allowed the players – saxophonist Dave O’Higgins, bassist Matt Ridley and drummer Wesley Gibbins – to develop a close working and personal relationship, which provides a strong platform for fertile improvisational ventures.“I usually boast about that at some point during my stage announcements introducing the band,” Brubeck says.“It really does make such a difference. I admire their skill and flexibility, and you have freedom with a working group.It’s just a lot better because everyone’s relaxed, and we have a huge repertoire too.”Some of the latter will be forthcoming during the Israeli tour, in addition to some of Dave Brubeck’s best known numbers. “Take Five” will feature in the repertoire, but the pianist says he will take his dad’s score and run with it.“We will do it our own way and, frankly, we have a lot of our own ways of doing it,” he sats.Brubeck Sr. would, no doubt, have approved.“When the Dave Brubeck Quartet went on tour in 1958, they were hearing Middle Eastern and South Asian music really for the first time,” Brubeck explains. “And one of the things of great interest they felt they could bring back with them [to the US] was these interesting time signatures – 5/4 or 9/8 are very common in Turkish music, for example. Being the very imaginative and inquisitive person that he was, Dave thought it would be an important thing to move jazz away from just replicating the same kind of rhythms that existed since the beginning, which had to do with social dancing. He was excited about that and really wanted to record that with the album [Time Out],” he says.As it happened, Columbia, the record label that Dave Brubeck recorded with, was not too happy with what they thought was a risky venture and that American jazz fans wouldn’t go for it.They couldn’t have been more wrong.Thankfully, Brubeck Sr. went out on a limb and covered the production costs of the album himself. It is a lesson that was not lost on his eldest offspring.“The idea has always been to look at things creatively,” says Brubeck. “You have to try to be interested and interesting.”That should not be lost on Hot Jazz audiences in Ganei Tikva, Kibbutz Lehavot Haviva, Modi’in, Herzliya, Tel Aviv and Haifa.For tickets and more information: (03) 573-3001 and www.hotjazz.co.il