Tel Aviv gets a slice of Eurovision fun

Both previous winners and new contenders from 20 countries came together for a mini-Eurovision performance at the Theater Club in Jaffa. 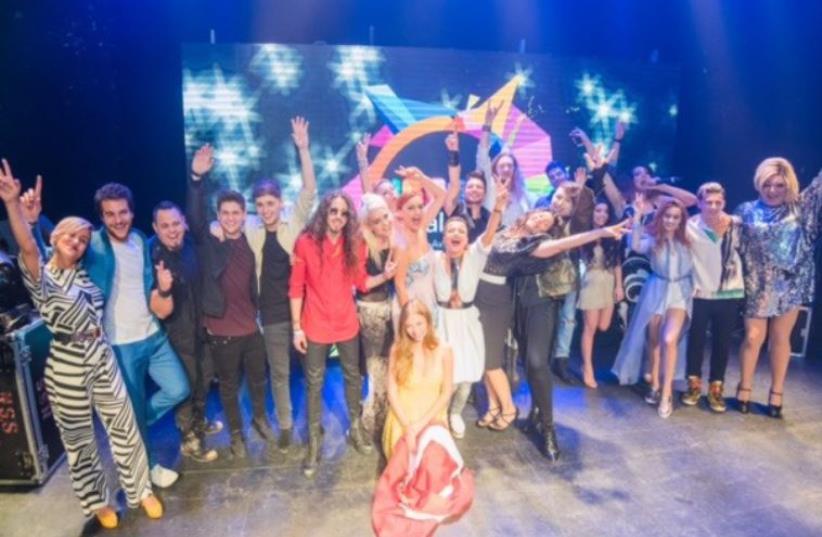 EUROVISION 2016 participants take part in a performance in Tel Aviv.
(photo credit: AVIAD TEVEL)
Advertisement
When Nadav Guedj got on stage in Vienna and sang “Let Me Show You Tel Aviv,” someone from Eurovision was definitely listening. Not 11 months passed before the swank and sass of the world’s biggest singing competition touched down in Israel for the 2016 Eurovision pre-party, Israel Calling. This week, 20 contenders from as many countries were ushered around Tel Aviv for event after event, culminating in a mini-Eurovision performance on Tuesday night at the Theater Club in Jaffa. The event was put together by the Tourism Ministry and Foreign Ministry.Eurovision was last hosted in Israel in 1999. Though always a popular annual event, Eurovision has become more connected to pop culture in the past two years thanks to its collaboration with prime time singing show Rising Star.The show at the Theater Club began with a hilarious lip-synced montage of Eurovision hits performed by celebrity drag queens.Next, host and composer Doron Medalie invited the 20-plus singers onto the stage. Representatives from Russia, Serbia, Moldova, Albania, the UK, Poland and many more pranced, twirled and paraded across the stage in glamorous costumes. Clear favorites included Amir of France and Israel’s Hovi Star. Next, Medalie invited Izhar Cohen, winner of the 1978 competition, to sing his timeless hit “Aban Ibi.” He was followed by Tzvika Pick singing the 1998 winning song “Diva” (originally performed by Dana International).The performance continued with a short pyrotechnics demonstration and finally, the contestants began their show. The prevailing language throughout the show was English and the style pop, ranging from upbeat electronic to lyrical and slow.If the crowd’s response to Hovi Star is any indication, Israel may once again have a winner on its hands.The Eurovision Song Competition will take place in Stockholm, Sweden.Semi-finals will be held on May 10 and 12 and finals on May 14.