Tel Aviv is renowned worldwide for its gay-friendly festivities during pride week, and this year the focus will be on bisexual identity. 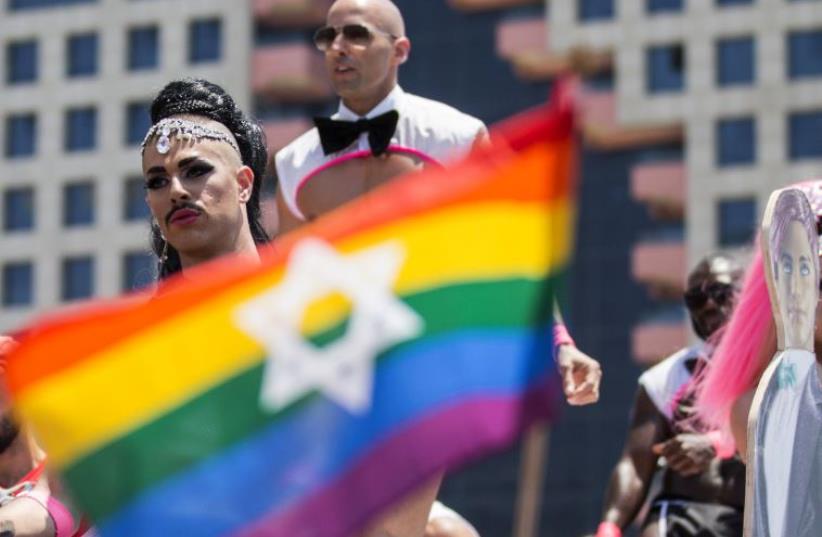 Israeli drag queens and go-go dancers dance on a truck during the annual gay pride parade in the Israeli coastal city of Tel Aviv on June 13, 2014.
(photo credit: JACK GUEZ / AFP)
Advertisement
Tel Aviv’s annual LGBT Pride Parade will celebrate “bisexual visibility.”Among the activities taking place for Pride Week during June 4-10 are cultural events exploring bisexual visibility, concerts, conferences and shows. The LGBT film festival put on by TlVFest runs June 1-10.The parade, which is set to take place June 9, starts at Meir Park in central Tel Aviv at 12 p.m. The festival is expected draw tens of thousands of visitors to the city. According to the municipality, last year 200,000 people participated including 30,000 tourists.This year’s parade features a new participant, the British Embassy, which will host a float in the parade celebrating LGBT families.“For me it is really important in the light of events of Manchester that we celebrate things like diversity and inclusion,” Ambassador David Quarrey told The Jerusalem Post last week.Quarrey is Britain’s first openly gay ambassador to Israel and he is featured along with his partner Aldo Henrique in a video announcing their float.
Netanyahu addresses Celebrate Israel Parade
“Our float will be the last float in the parade this year, so there will be plenty of space for families who want to march with us,” Quarrey said in the video, “We really hope to see you there.”Hilton Beach, which according to the municipality is “the LGBT community’s second home throughout the year,” is the city’s official Pride Beach.On June 7 the beach will sport a massive inflatable slide.Also taking place in Tel Aviv during Pride Week is a drag queen show with free entrance at Dizengoff Center on June 5, an LGBT photography conference and exhibition at the Tel Aviv Museum of Art on June 4, and many parties scattered throughout the city.