'The Bat' to take flight in TA

As usual, the Hungarian troupe will spare no effort or expense to get the most out of Strauss’s magical musical work. 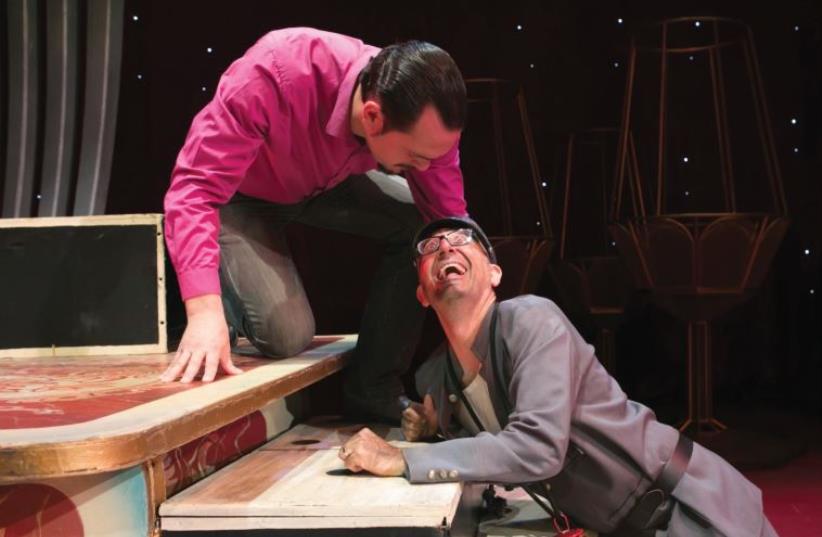 BUDAPEST OPERETTA Theater’s production of ‘Die Fledermaus.’
(photo credit: ANNETTE CLAY)
Advertisement
Johann Strauss’s ever-popular operetta Die Fledermaus (The Bat) will make it over to the Opera House in Tel Aviv in February (11 to 20), courtesy of the Budapest Operetta Theatre.The Hungarian troupe is becoming something of a fixture in the Israeli cultural calendar. In January this year, it performed Emmerich Kalman’s colorful work Bayadere to sell-out audiences in Tel Aviv, and the previous Kalman import, The Csardas Princess, performed here in December 2013, was a similarly successful venture for the Budapest-based company.As usual, the Hungarians will spare no effort or expense to get the most out of Strauss’s magical musical work. All told, the company will bring over 150 staff members – soloists, dancers and a choir, and, for the first time since the operetta theater’s initial foray here in 2007, it will come equipped with its own house instrumental ensemble, under the aegis of musical director Laszlo Maklary.Strauss was the toast of the Austro-Hungarian empire for most of the 19th century, and was largely responsible for popularizing the waltz in that era and later. The waltz is a prominent feature of Die Fledermaus, as is the popular Hungarian folk dance form, the csardas The operetta incorporates many of the tried-and-tested operatic elements, with no end of romantic intrigue, liberally seasoned with comedy, although German librettist Karl Haffner and Austrian collaborator Richard Genée included some biting social observations, too.The local production will also feature Israeli input, with stand-up comedian, actor and singer Israeli Catorza in the role of the constantly inebriated jailor Frosch. The Hungarian lineup also includes director Miklos Gabor Kerenyi, costume designer Tunde Kemenesi, set designer Csorsz Khell and choreographer Jeno Locsei, with the principal vocal roles taken by sopranos Monika Fischl and Timea Vermes, in the role of Rosalinde, tenors Zsolt Vadasz and Zsolt Homonnay as Eisenstein, and sopranos Anita Lukacs and Annamaria Zabradi, in the role of Adele.The Hungarian company’s productions here, to date, have always been sumptuous colorful spectacles and February’s performances of Die Fledermaus will follow suit.For tickets and more information: (03) 692-7777 and www.israel-opera.co.il